Sorry if this is in the wrong category.

How do you guys ship your battle stations when moving. Is it easier to sell and buy new when moved? Imagine you've spent a small fortune on a liquid cooled monster but now you need to move across the Atlantic. Would you consider shipping it or would it be too much to risk in transit?

I feel that selling and starting over would be better than hoping your PC isn't broken in transit.

If you do end up shipping it, I would use the original box that the case came in if you still have it, take out any add in cards(gpus mainly) or heat sinks and ship them separately or take them with you.
If everything is screwed in tightly there should be no problems, and I would get insurance on it too.

If its got a custom loop, absolutely not, don't even consider shipping it.

If you're wanting to ship it complete with heatsinks and gpus installed, they can be reinforced internally like my buddy's was and then customs can totally mess you up by not putting it back together the way they found it. Either that or UPS threw it so hard that no amount of padding and reinforcement would have helped. 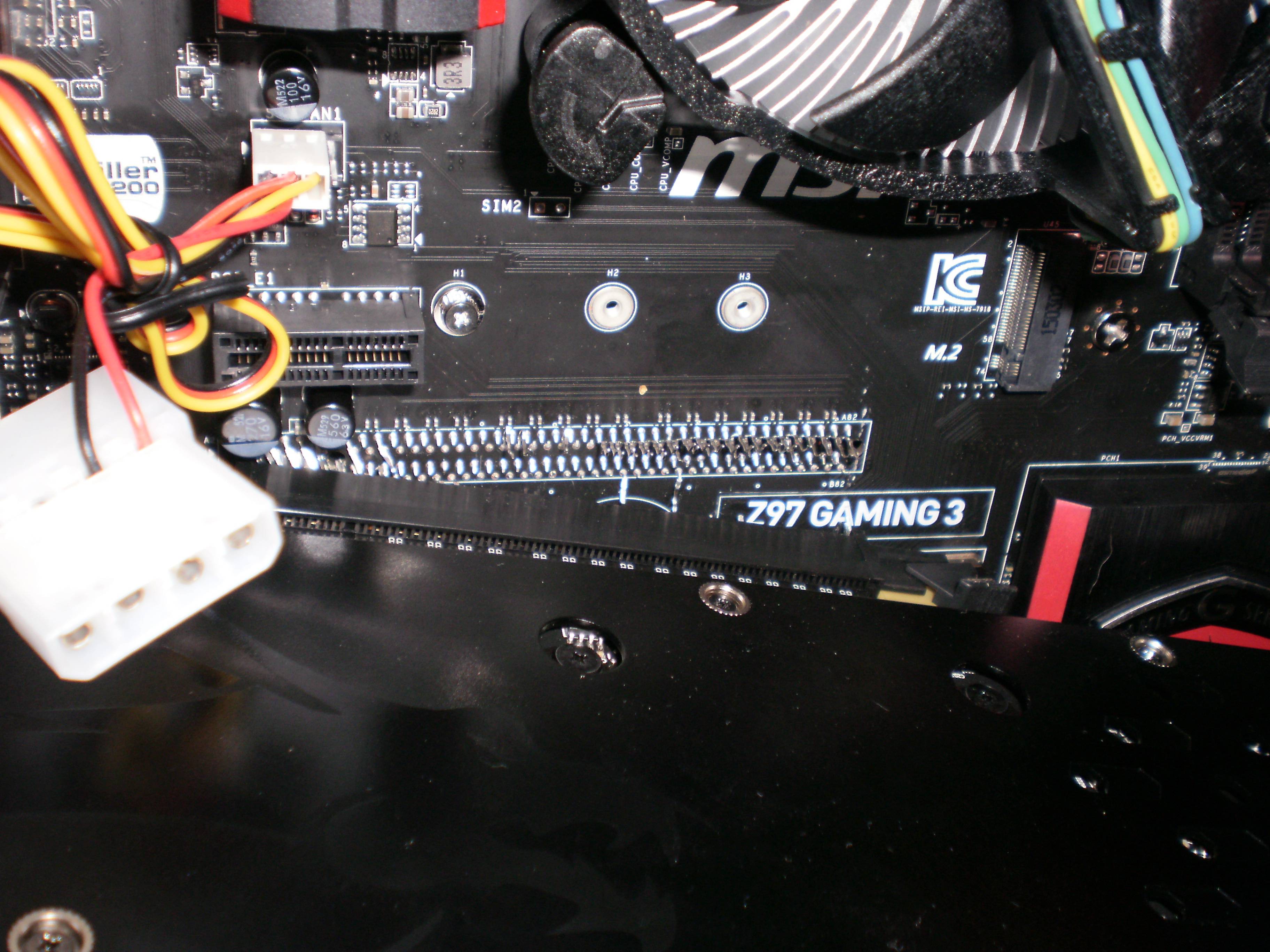 This was shipped in the original case box, everything screwed down securely and something reinforcing the end of the GPU to prevent drooping. It was insured for the total value of the parts in the system, including the OS, and UPS still managed to screw around with the claim and made it so he took a loss after 6 weeks of fighting to even get paid. They denied it twice before finally paying anything, and the final amount was 13% below the repair cost, which he dubbed their Asshole Tax.

If you took all the cards and mechanical drives out, I imagine it would arrive okay, but I have a serious mistrust of shipping companies, especially since I work at the post office and some of the stuff that comes in looks like its been driven over by a tank.

If I were in that situation, I would likely disassemble it completely, and ship each part individually, or with each part in its own OEM box packed tightly inside one large box for combined shipping. Definitely more expensive than shipping an assembled system, but probably safer and you get the enjoyment of building it all again. Though you'd probably be better off to sell the system locally before you leave and build it again from scratch when you got there after you factor in shipping cost. Depends if you have any sentimental attachments. You can always bring the storage drives in a suitcase so you don't lose data.

Oh man, that hurts to look at.

Currently I'm thinking I'd rather start again using the money I would have other wise spent on shipping.
From the prices I've looked at it would be too expensive and risky to try ship it. The image above reinforces this notion.

I'll take it apart and ship the pieces that I am fairly certain will survive packed up nicely. I can't take anything carry on because wife and two babies means BAGGAGE. pun intended.

It was insured for the total value of the parts in the system, including the OS, and UPS still managed to screw around with the claim and made it so he took a loss after 6 weeks of fighting to even get paid. They denied it twice before finally paying anything, and the final amount was 13% below the repair cost, which he dubbed their Asshole Tax.

This is why you insure for a little bit more than the actual cost.

Sell it and build a new rig.

Way too many horror stories of damage inflicted during shipping and then the respective company trying to screw over the customer even though they paid for the insurance. Given the fact that you're crossing the pond too...that means your rig will be put into the hands of throwers...which is never a good thing.

I can't take anything carry on because wife and two babies means BAGGAGE. pun intended.

lmao I tip my hat top you sir...that made me giggle in my office.

As someone who has worked in a warehouse before I will say this. Everything that is shipped is in a brown box. When you see one brown box you see them all. They are all the same. Labels mean nothing apart from which truck said box has to go in. Fragile is an Italian word that means something. To Italians. Boss wants all them brown boxes to move. Move they shall. Everybody wants what they shipped yesterday.

Nah, I'm keeping my computer with me at all times.
Case though, I'm a little less worried about, cause mine's fully metal.

The only wat I would say yes is if it was fully disassembled and all shipped either separately or in a large enough wooden crate, not box, to keep them from ever hitting each other in transit. Something that cannot be picked up by a thrower at any point. And using a dedicated shipping company, not anything like UPS, FedEx or any of their ilk.

But that Is expensive. If it is more expensive then selling and re building itnis not worth it. Keep what you can and what you know will be okay in transit, CPU, RAM, SSDs, small things with no moving parts that are not too heavy and easy to secure separately. Shipping pc cases is just askingnto get bent out of shape.

If watercooled - as long as it is drained and the inside of the case is stuffed with bubble wrap/newspaper it should be ok.
Same goes if aircooled - advisable to remove big coolers like D14's etc as they can flex the board a little. Or just really pack that bubble wrap/newspaper in there.
About the only thing I remove is the hdd/ssd if its my rig in case some fool niks it.
Package it all up in the original box + more bubble wrap.
Take out insurance as well as shit does happen.

I don't want to derail the conversation, but seeing as how this thread is slightly relevant, I do want to ask:
There isn't any problem with - say, if you have a tiny ITX build - just packing it in your luggage and taking it on board your flight?

I recommend taking it all apart. Forget about the case. Packaging each component individually, with 2 inches of foam on every side. Then dump them in a box covered with so many peanuts so tightly such that when closed, the peanuts are not audible.

Then just buy a new case and reassemble at destination. Don't ship magnetic hard drives however. Those things are super sensitive to the 6-foot drop onto concrete all packages shipped by carriers are subject to. Just stick those in your backpack instead. Again 2 inches of foam on the HDs even in your backpack.

Depends on how small. The worst security can reasonably do is ask for you to turn it on and make sure it's not a bomb.

Of course, it also depends on where you are. But I doubt it'll be that much of a problem.

just make sure to act really scared when turning it on....

Personally, I would have a carry on that was JUST my PC internals and just ship the case,fans and PSU This way, those parts are with you, put your CPU, GPU and RAM in separate anti-static bags. I would ship the mobo inside the case in another box wrapped in anti-static and place that inside the case. then get some 4" memory foam and line the entire box

"Alright, it's all plugged in, now, just gotta power the bombuter."
"What?"
"Computer, what did you think I said?"
Turns on and jumps behind the officers.

hehe, i would never be able to sell my computer as resell value drops so quickly here, Australian prices blow. Cost me 6k so far, got a lot more money to spend on it (probs another 5-6k lmao, it is fairly stupid....) :(. but it is huge (Core X9), so would never be able to ship it without having a nervous breakdown..... so depending on where i move (any major city is a minimum of 12 hours from where i live (in a major city), so not too bad. It depends on the resale value of your computer, may just be able to hawk off certain components (like case/psu/maybe mobo - things of that ilk) and chuck the other stuff in smaller boxes....