Hope you enjoy the photo show. Ill try to fill in with specs and variations. Or things I encountered with either building or performance changes I made.

Project “Black Out” in a Phanteks Shift case and custom milling on front panel from ModMyMods. 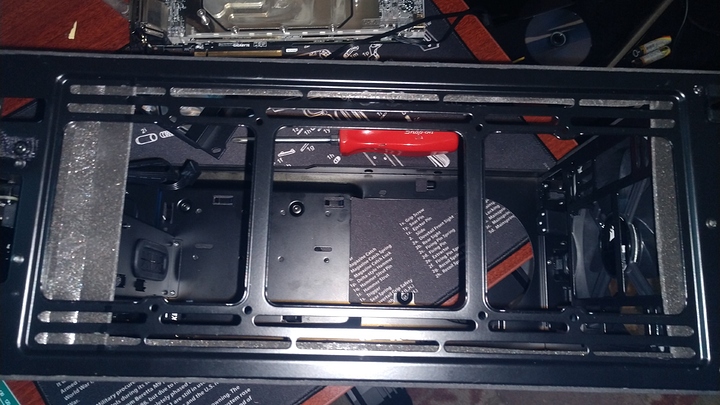 IMG_20200127_0945590113840×2160 1.69 MB
From my previous 3 builds I did in the Phanteks Shift case I knew air recycling was an issue especially on the front panel and if you mixed push and pull on the front side. To avoid this I used this foam rubber adhisive strip to fill in the gaps where my radiator wasnt. I also filled in a few other places to attempt to remove recycling heat back into the case. This make a 6c difference for me. The air flow in this case is horrid to begin with so adjustments were needed. 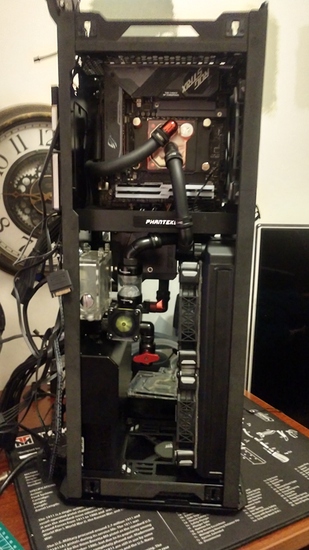 Here she is for a 48 hour leak check. I had no issues. Because this system was supposed to run 24/7 as a plex machine and couch gaming I went with the maintenance free tubing from EK. Eight months later fludis still looking good. Used EK cryofuel. For cooling I had CPU and GPU ek waterblocks on the 3700x and 2070 Super. I used a LAING DDC-1T Plus 12V Pump, and Swiftech micro res. My readiator was a 280mm Harwarelabs GTX 54mm thick rad. its in a semi push and pull. IE 2 140’s pushing out and assisted by two Noctua NF-A12x15 PWM i run at a higher speed curve than the 140’s just to help get the warm air out of the case as you can see below. 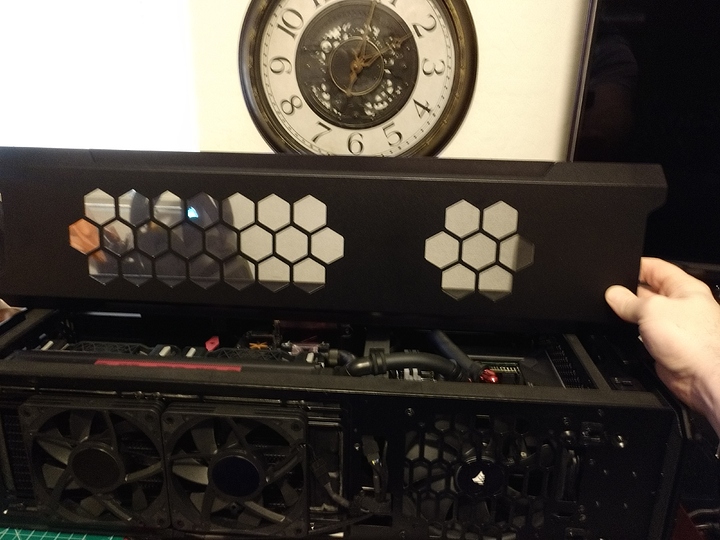 IMG_20200628_1403077144000×3000 3.02 MB
Here is the modified front panel thats originally solid. I didnt like the air flow with the provided mesh. I used a sheer pair of pantyhose (and old trick revived) to make the nylon mesh filter which works like anything from silverstone lol 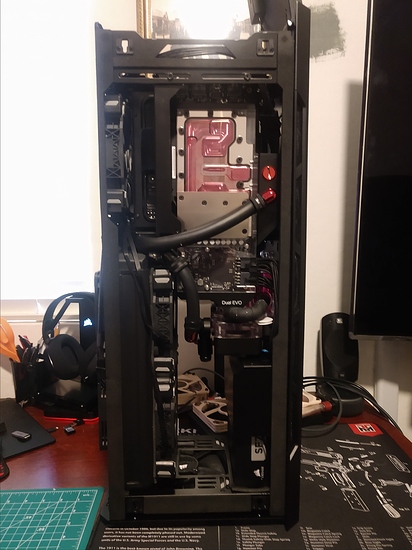 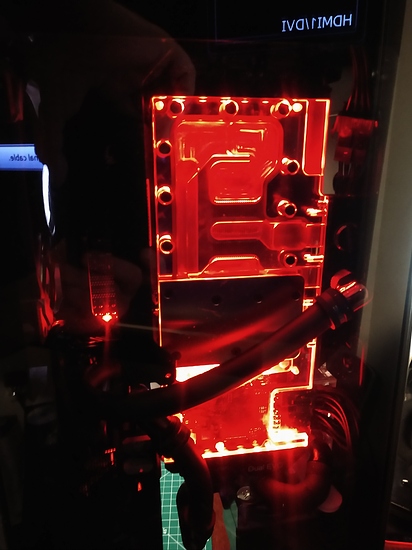 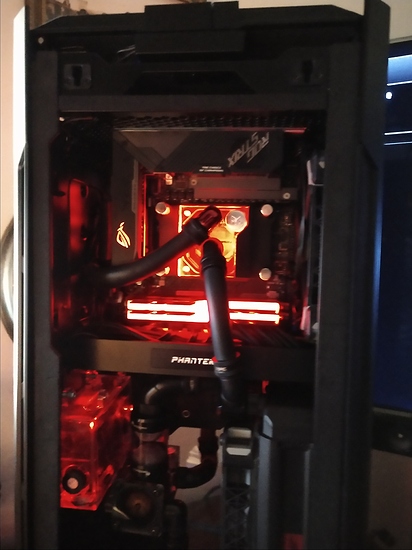 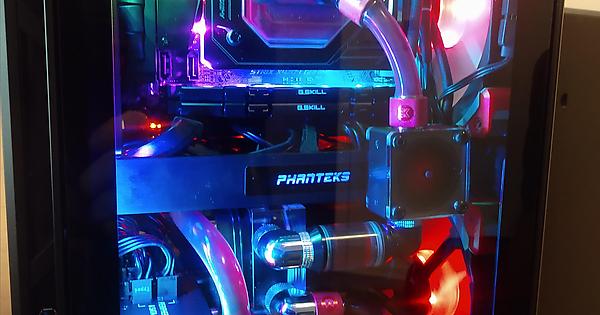 Here is a link to my other Phanteks build. Hope you enjoy, I know I had a ton of fun building it. I probably could have tweeked this further with the new 120mm and 240mm x 20mm thin rads aquired. This might be something I build for fun.

Quick note on this build I did do it with dual 120mm radiators…the problem I is that the lower placement could cool adiquately, while whatever rad i put on the lower front was starved for fresh air in pull, and in push out of the case it couldnt get the heat out of the case effecently. Im sure if i did the front panel mod by ModmyMods that would be a diffrent story.

Here’s the Cougar QXB with a 240mm rad for a 1080Ti Aorus Extreme (i took the AIO off and found a full block to match it), and was also able to fit the Phanteks Glacier with a DDC pump. I liked it, WAY better cooling potential with up to 6 120mm fans and a 92 and 60mm belive. I sacraficed the smaller intake on the from for the ability to mount my pump and res. 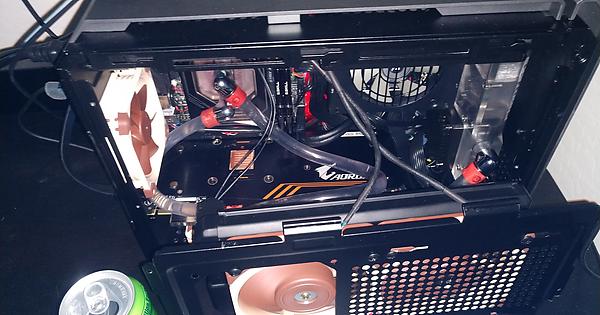