We all know about plex. But what about emby and other alternatives?

for my media viewing

I have mostly used emby the last several years… but will be switching over to jellyfin eventually.

I also have a nextcloud vm

Run them on proxmox.

Jellyfin seems to be the best option for media streaming.

App still doesn’t feel quite right for music, but I’ve never found a good music app, at least for mobile.

I just use mpd, tbch.

That’s true! I like to use Finamp for that. It’s still a WIP according to the devs, but works pretty good! 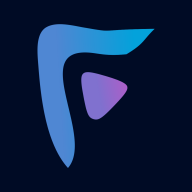 Finamp is a music player for Jellyfin.

As a Heads-Up, I’m currently in the process of getting together my homelab again after moving, so I can’t say much about stuff that has changed within those two recently.

Thank goodness we don’t have to deal with rotational velocidensity anymore. NVMe audio only has to deal with linear regressions, which can be dealt with by multiple free tools online.

For Music Roon hands down have just started using it for a month or so and now have a plex pass for lifetime it’s the best but have been experimenting with Jellyfin for a while.

Full disclosure: I work for Emby.

I used to be a Plex Ninja & Mod so I know the product very well and used it for years. But we were growing apart as the new direction Plex was heading in, wasn’t for me. I made the transition over to Emby and really never looked back.

For the last couple years I’ve been a full time member of the Emby team. I’m pretty certain I can say that 2022 is going to be a great year for people running Emby as we have some big releases coming. Some of the work in progress is simply amazing.

Anyone looking to setup a media server really can’t go wrong with Emby, JellyFin or Plex. Each of them is a great media server with certain benefits or strengths. Pick one, get it installed and concentrate on curating your media the best you can. While I work for one of the software companies I still feel the heart and soul of the system is the media itself!

I fall into the latter category, mostly.

… I gave up on media servers as none would let me cast HDR with subtitles onto my Chromecast, and I just bought a odroid N2+ - with that I don’t need to transcode, ( unless you count decoding and resizing while GPU is displaying the picture, I just call that playing)

I’m still looking for something to help me organize my libraries and easily produce transcodes, but I’ve lived without it for a few years now… on devices other than my main TV, I have VLC.

I’m currently using an Odroid N2+ running Coreelec. Coreelec is an amlogic specific version of Libreelec. Libreelec is a distro for HTPCs that boots straight into Kodi.

My media is on the network, on a couple of low end machines, some in my home and some remote, accessible as files iver SFTP.

As a bonus, the small piece of hardware has gigabit ethernet, emmc support in addition to microsd, plenty of usb3, hardware AES support. Coreelec runs docker (e.g. can use portainer and setup other services).

Main reason I used Emby was because it was Open Source and I much prefer that when I’m running something on my network.

The move to closing the source and the resultant creation of Jellyfin means that I’ll be using Jellyfin from now on.

The move to closing the source and the resultant creation of Jellyfin means that I’ll be using Jellyfin from now on.

I bet you would think a lot different if you knew the back story.

I’m using plex at the moment and am pretty happy with it. The only snag is that it sometimes freezes when I start playing a file. I don’t quite know if this might be hardware related (I converted an old thinkstation as media server).

I was looking to set up Emby aswell just to see the difference and see what I want to continue with going forward. It’s not clear to me at the moment what the main differences are.

I’m curious what kind of backstory would possibly make me spurn an open source project for a closed source one.

Features and maintenance can certainly make that happen, but this seems to allude to petty internet drama, which has yet to do so.

but this seems to allude to petty internet drama, which has yet to do so.

Emby stopped providing source code without annoucing it, then deleted an issue asking why the source was missing (see a saved copy here), did a surprised pikachu when the jellyfin fork was created, and thus drama was created.

No idea why anyone would pick emby over jellyfin tho, on a philosophical basis that is.

I tried GitHub - anacrolix/dms: A UPnP DLNA Digital Media Server that includes basic video transcoding. Tested on a Panasonic Viera television, several Android UPnP apps, and Chromecast. with my TV the other day and found it to be pretty awesome.

Lmao at the sycophants that immediately lined up to defend that sudden and severe change:

I’m laughing about this because those shouts are always coming from persons that are obviously expecting that they just need to perform a fork and then there’s some magic going to happen: The “open source community” - where everybody works for free based on altruistic motivations - would immediately step up and start working and continue development on the project - without any kind of compensation of course…

Something tells me the laughter turned to bitterness pretty quickly when the open source community did exactly what he was deriding.

Sadly, many companies avoid copyright related lawsuits (useful tool when enforcing GPL copyleft) when it comes to media players and related stuff… because of patent concerns.

In comparison, Google/Facebook/Microsoft/Intel corp lawyers are happy to help their employees draft letters asking for kernel sources (a contrasting example).

I’ll be trying Jellyfin, not Emby for privacy reasons.

Oof, yeah. Shit like this and some of the ways they handled some feature requests were upsetting to me before they closed the source.

Jellyfin definitely is the way to go it seems.

It’s all available to read in the forums. I’d rather not rehash the story as I would likely have a bias.

The nutshell version however is that Emby wanted to have Guide data available for free to those who donated or purchased a Premiere license as it’s now called. Certain individuals went ballistic when they found out the code used for this new guide data would not be released (contractual matter) and didn’t find the Emby way of handling this acceptable. Emby was going to continue to release the normal guide data code that would allow 3rd party imports but allow the use of a binary replacement for the upgraded data.

That was essentially the start of it. A bunch of users who hadn’t contributed in any practical way (financially, code or forum help) wanting to call the shots. It then turned into a second issue when some of these same people were doing things outside the scope of the license or TOS they have. Then one or two of these users started distributing unlock codes for premium access vs the person making changes and compiling the code themselves (as per license).

That’s basically the tip of the iceberg but things spun out of control with certain users trying to re-invent how things must be done, how or when Emby is allowed to take donations and things like that. The same group of people were doing things to enable Emby Server to easily be used for pirate or illegal sites which was causing the project problems with app stores, etc, etc, etc.

So basically a handful of users who were violating the license were causing many ongoing issues that boxed Emby into a corner with little alternatives to stop their actions. The only real alternative at the time was to close the source so stop these actions and protect the long term survivability of the project. It wasn’t something Emby wanted to do and wasn’t done without a lot of thought behind it.

Anyone who was around back then can paint a vastly different picture of what took place leading to the closure of parts of the code (not all of it) compared to what most people would think.

I use Org mode in emacs wthi evil mode, I only use emacs for it, and sync it with nextcloud. Im not convice with it for mobile. I have try notion but I stil like orgmode more.