The Pentium 4 Dream and Meme Machine

I am putting this in build logs as this will have parts added and changed over time. It may eventually get to be a xeon meme machine, but for now its going to be a Pentium 4. The box will be something... WHAT it is going to end up as, I have no fucking clue.

This poll was used to determine exactly what will be in the box. This is my pile of parts. 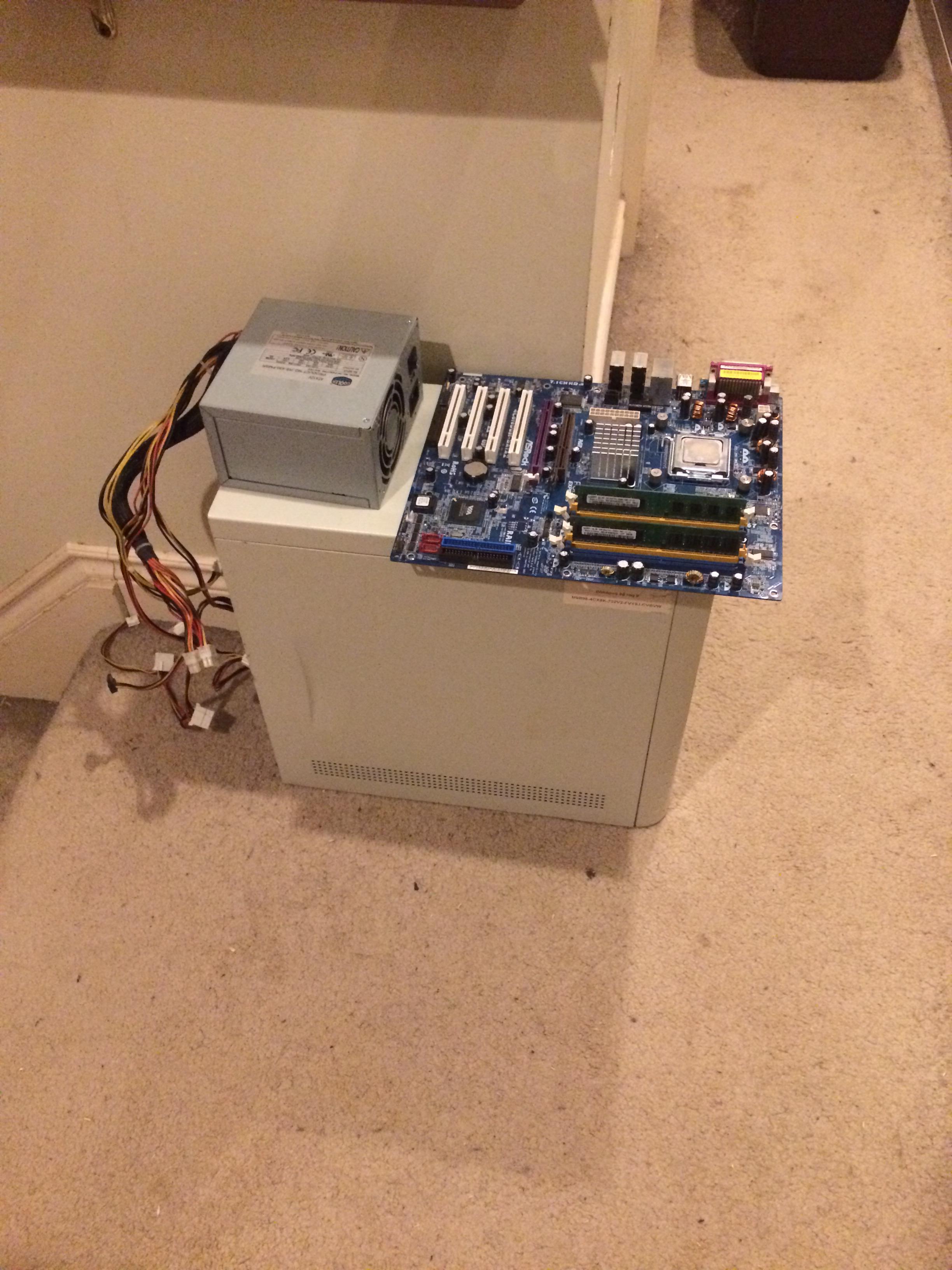 (some not in frame, currently in other machines)

This will start after I do chores and cook dinner for the fam.

Make the forum proud and do the build before chores and dinner.

Kek well it'll be a long process :I it won't be just a 10 minute thing. But, the other shit will only be an hour or so.

No money nor do I have one. Will consider tho.

Box is done. Its late, I have to be up at 8, I'll do a better GPU later and I don't give a fuck. I'm going to a recycle center I'll see if theres a 9800GTX or something cheap but heres a rundown. I'm too tired. 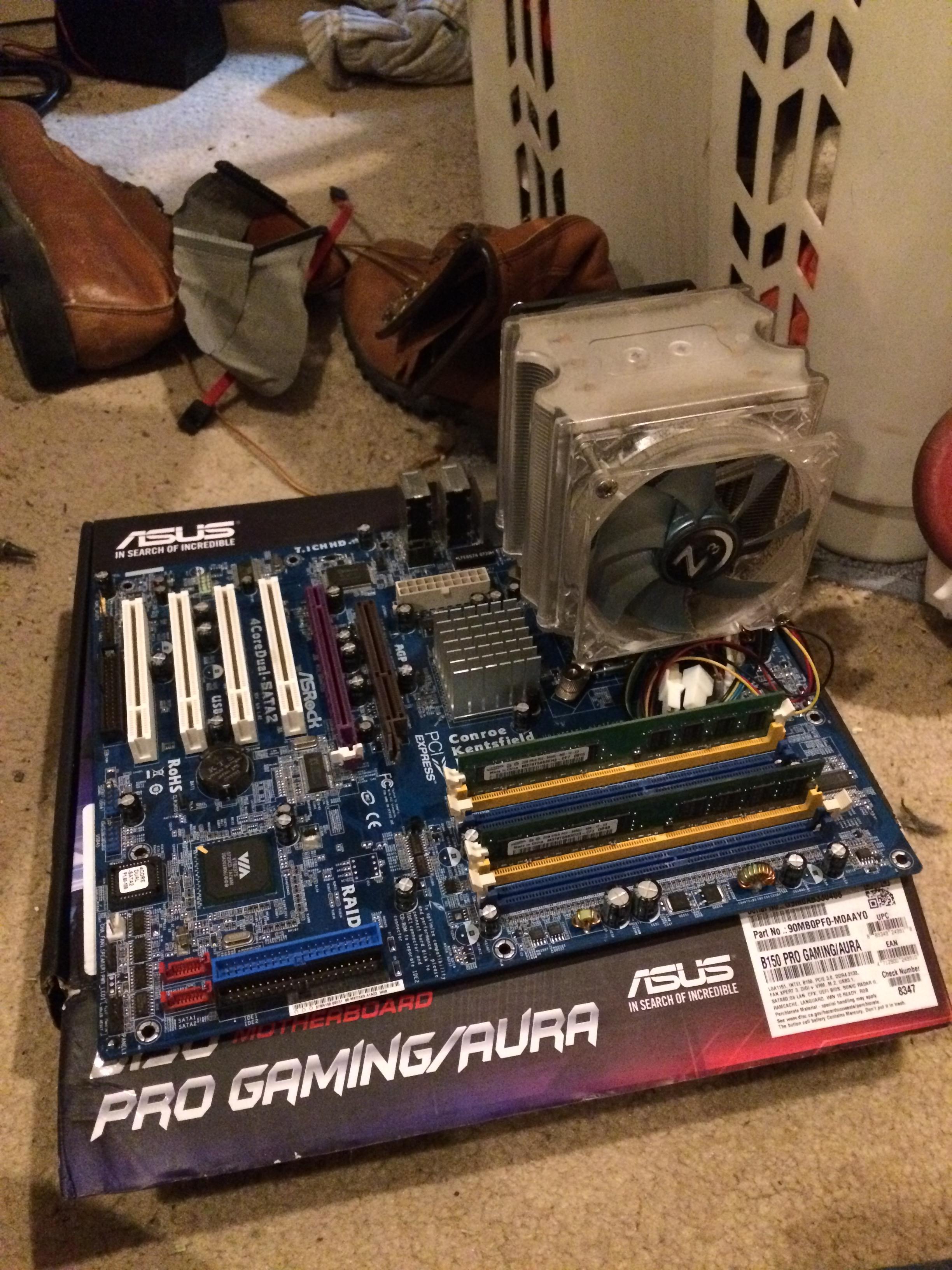 Had to test it all together. No problems getting the cooler back on though. 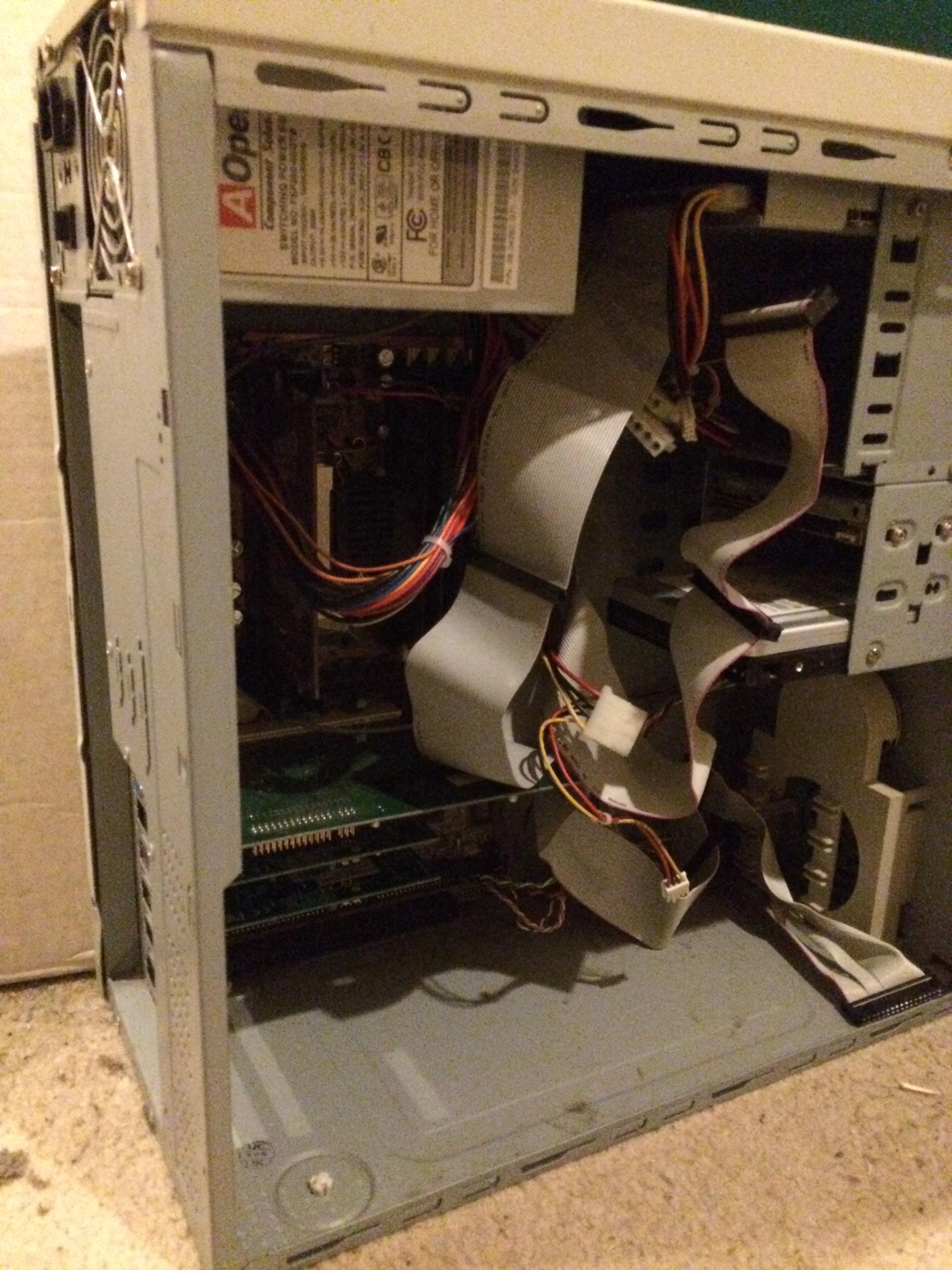 Had to get the old machine out of the case. 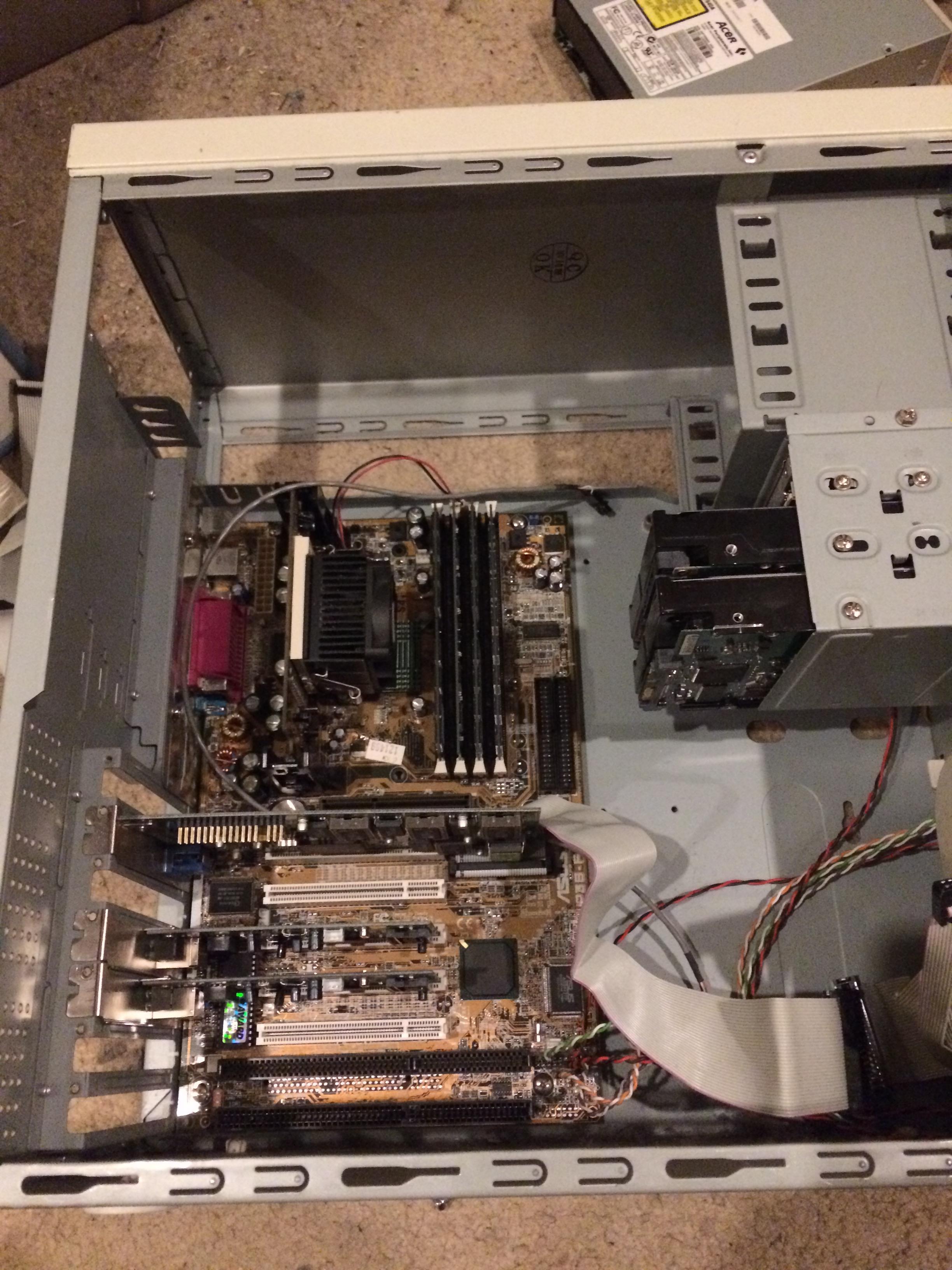 Was concerned of the ATX format. 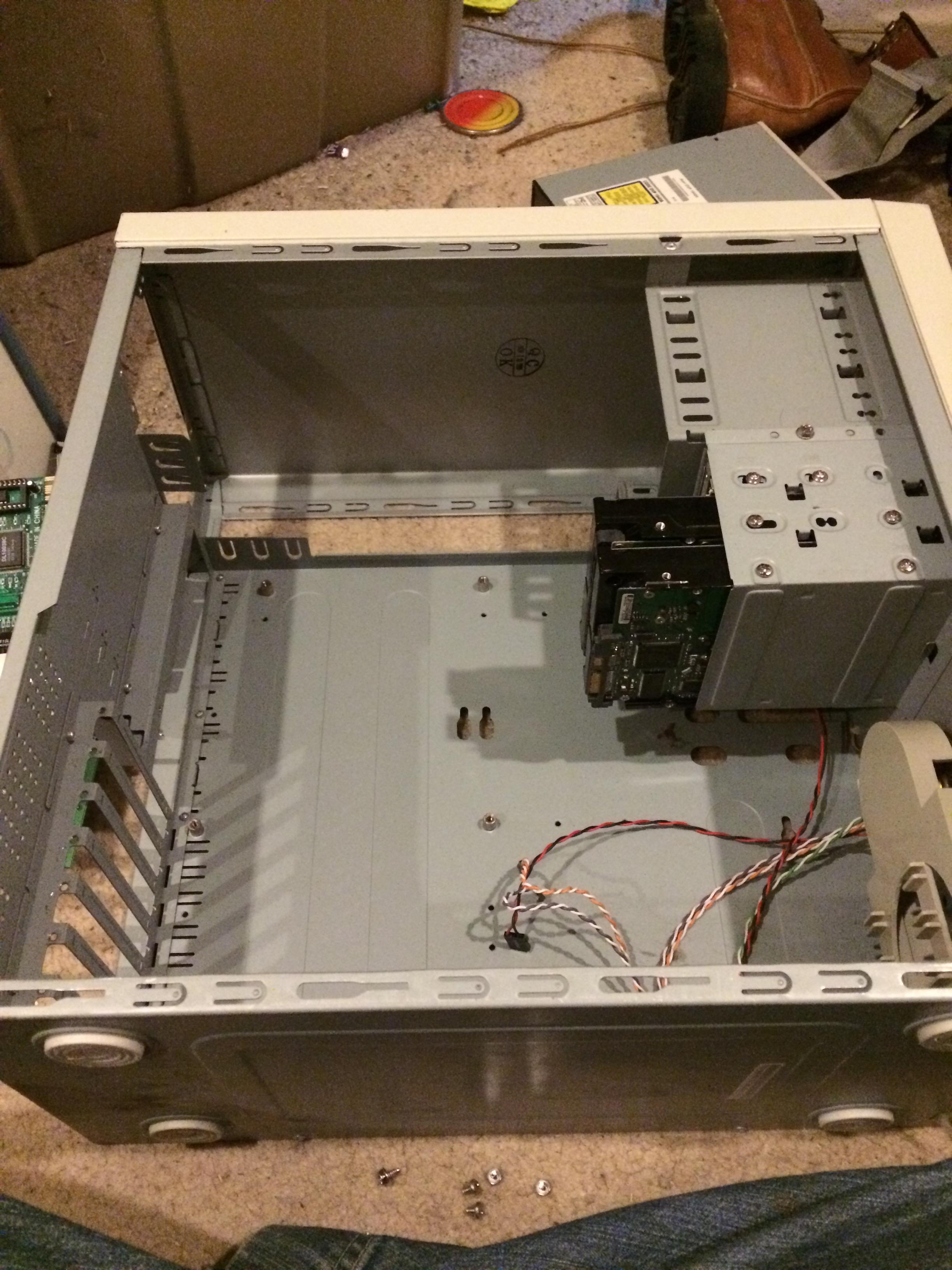 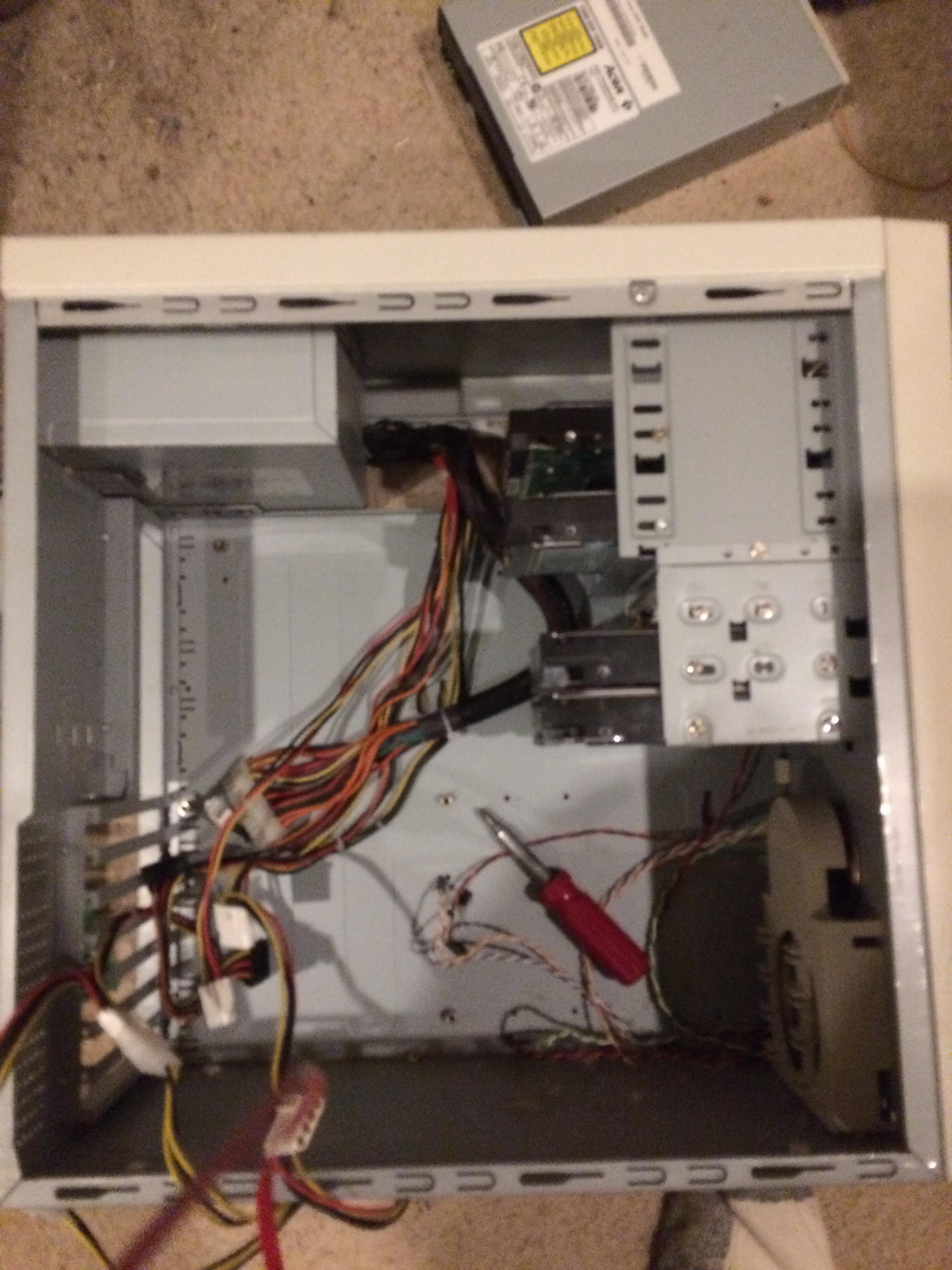 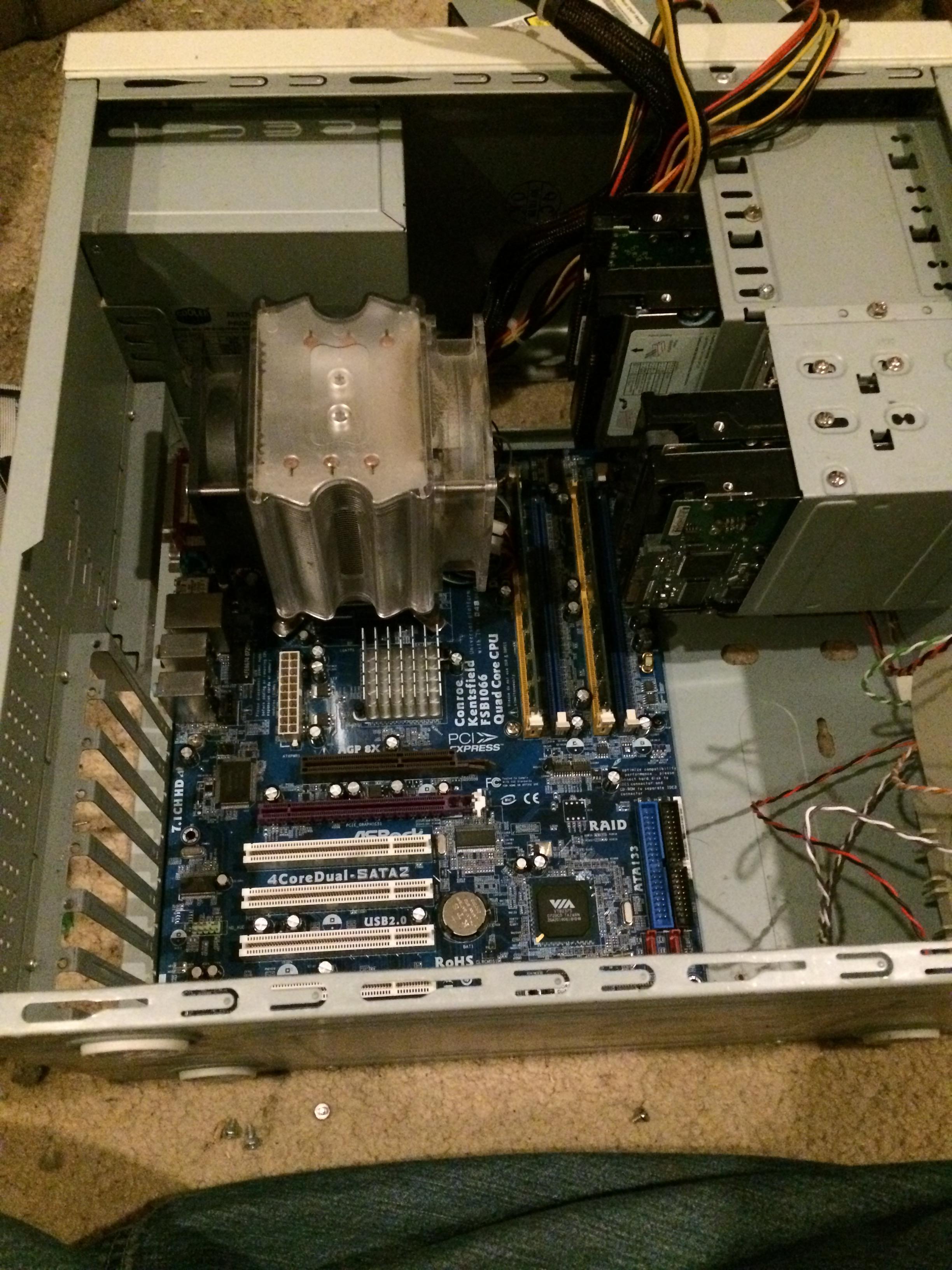 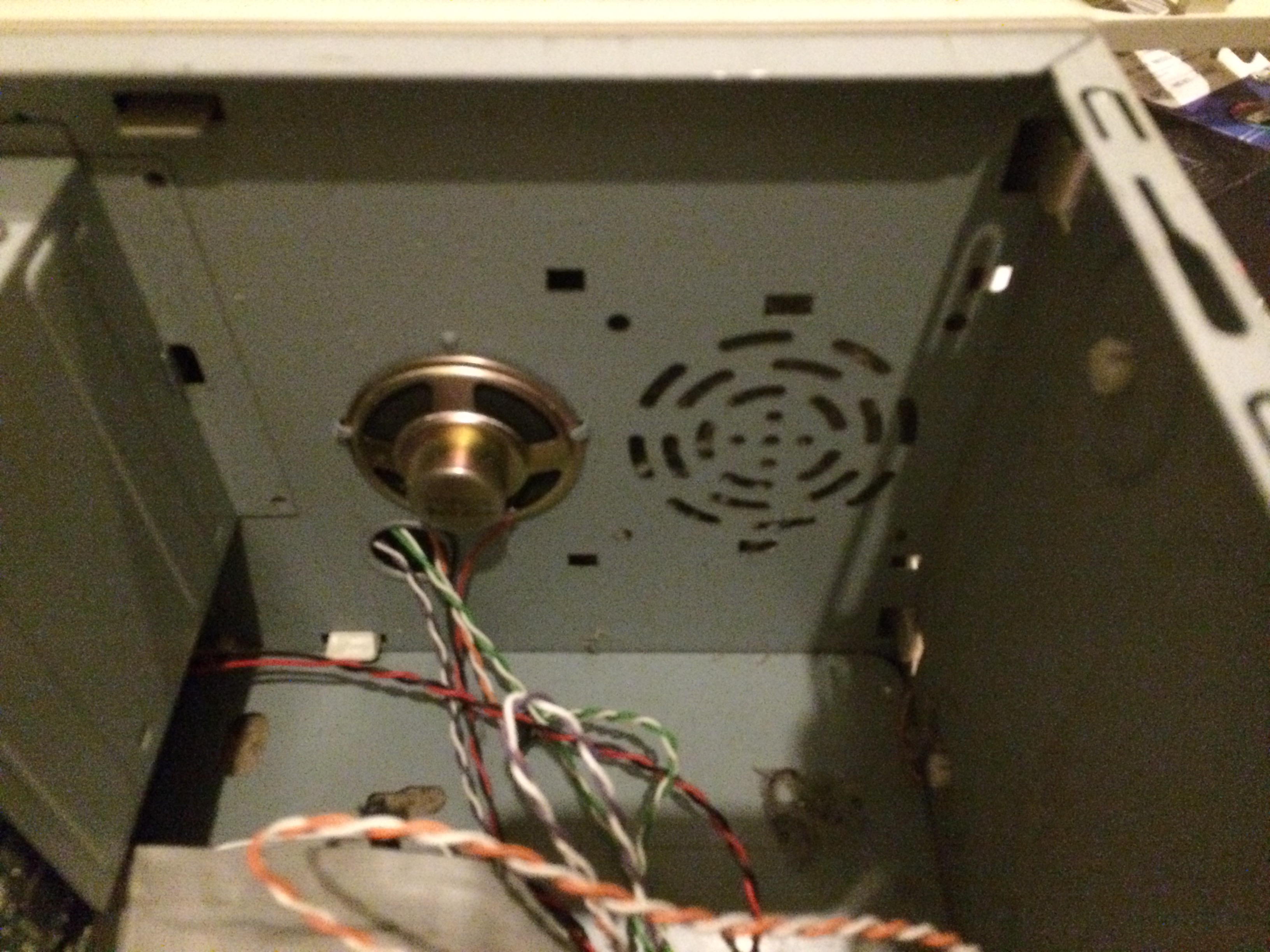 This case has no vents. Theres this at the front, the PSU, and the GPU exhaust (theres also holes at the bottom of the case door but I don't know how that changes much). BUT 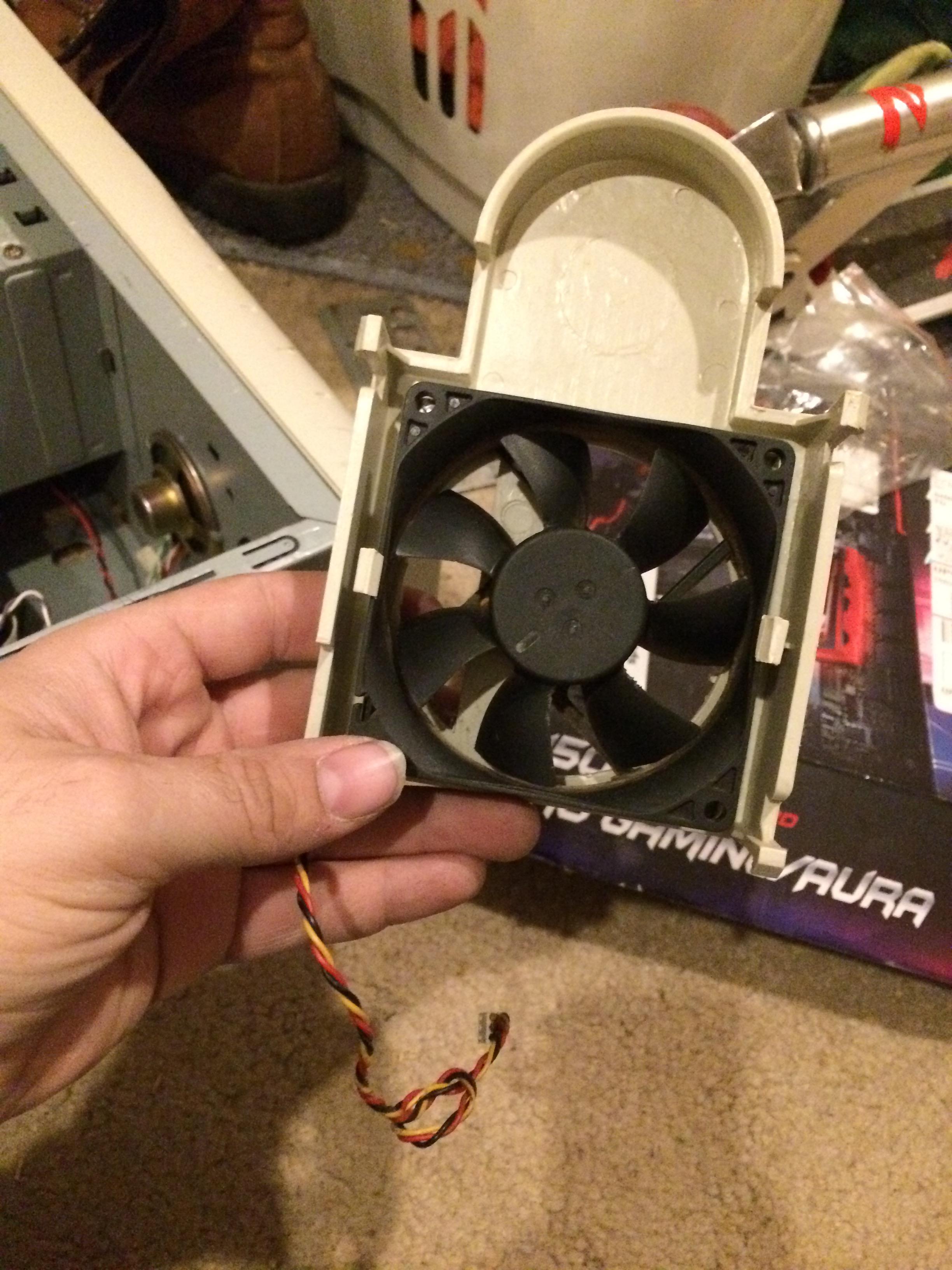 It had this cool clip that holds a fan! Got a fan from delta and with some wiggling it fit in there. 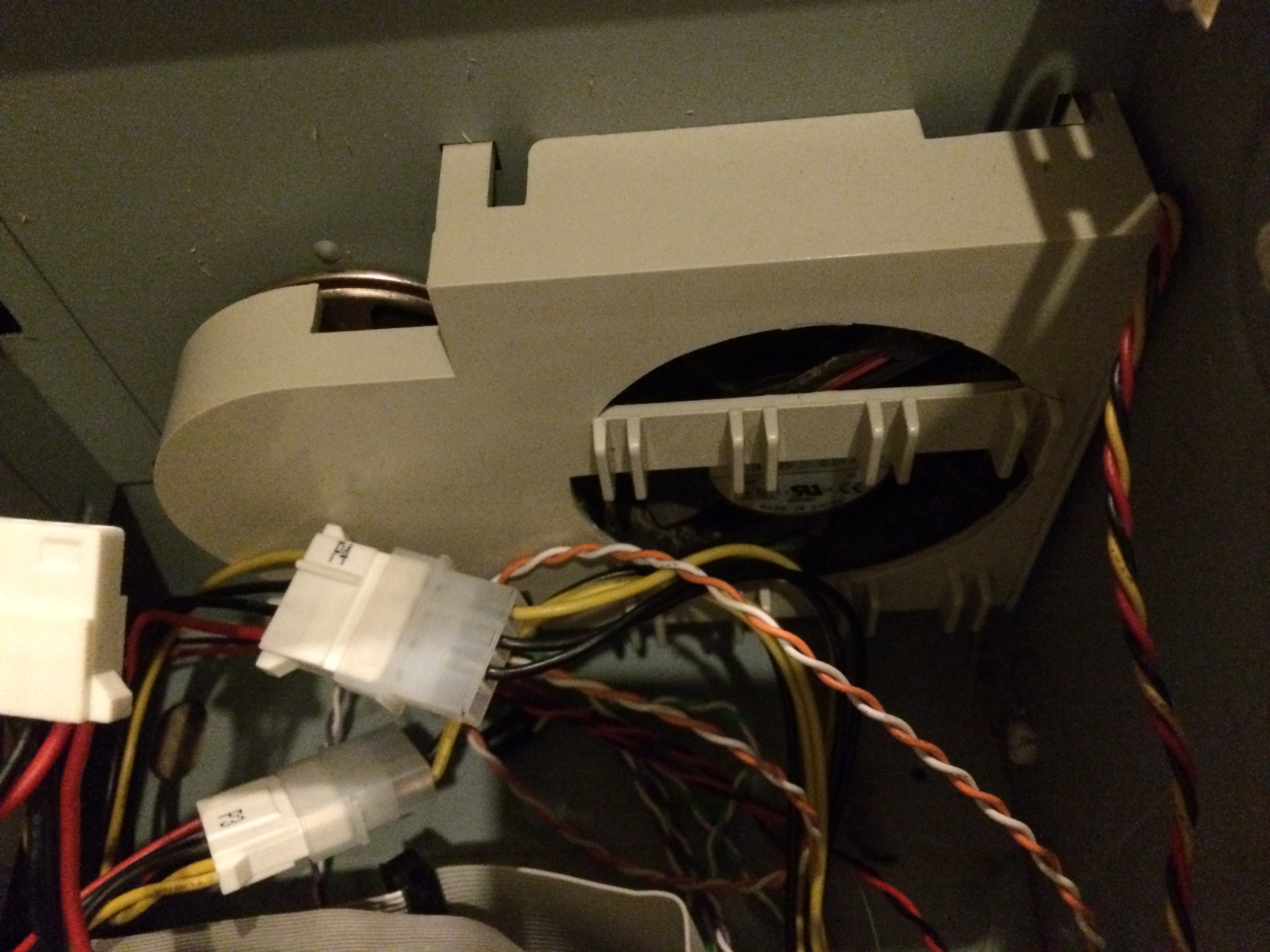 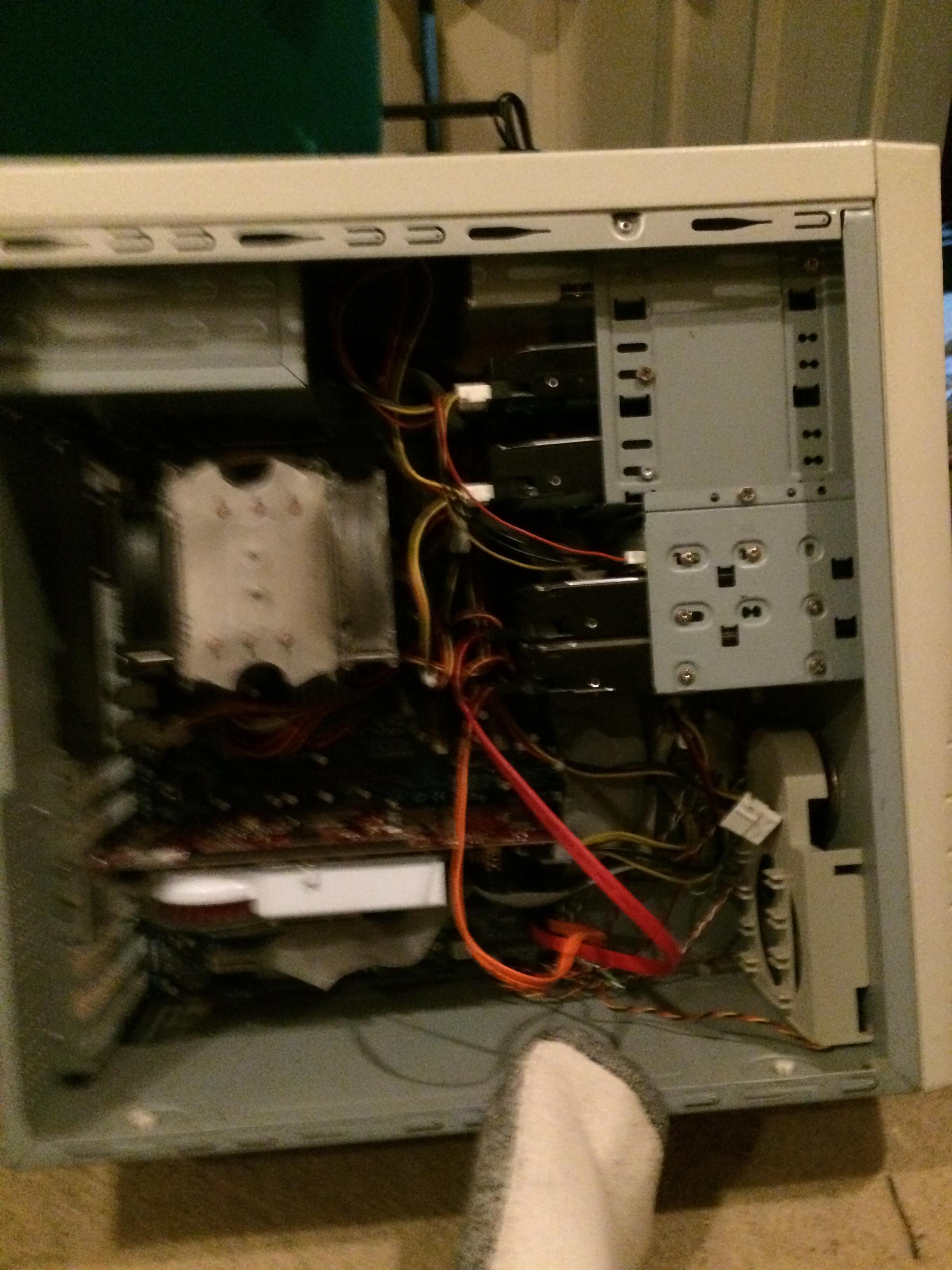 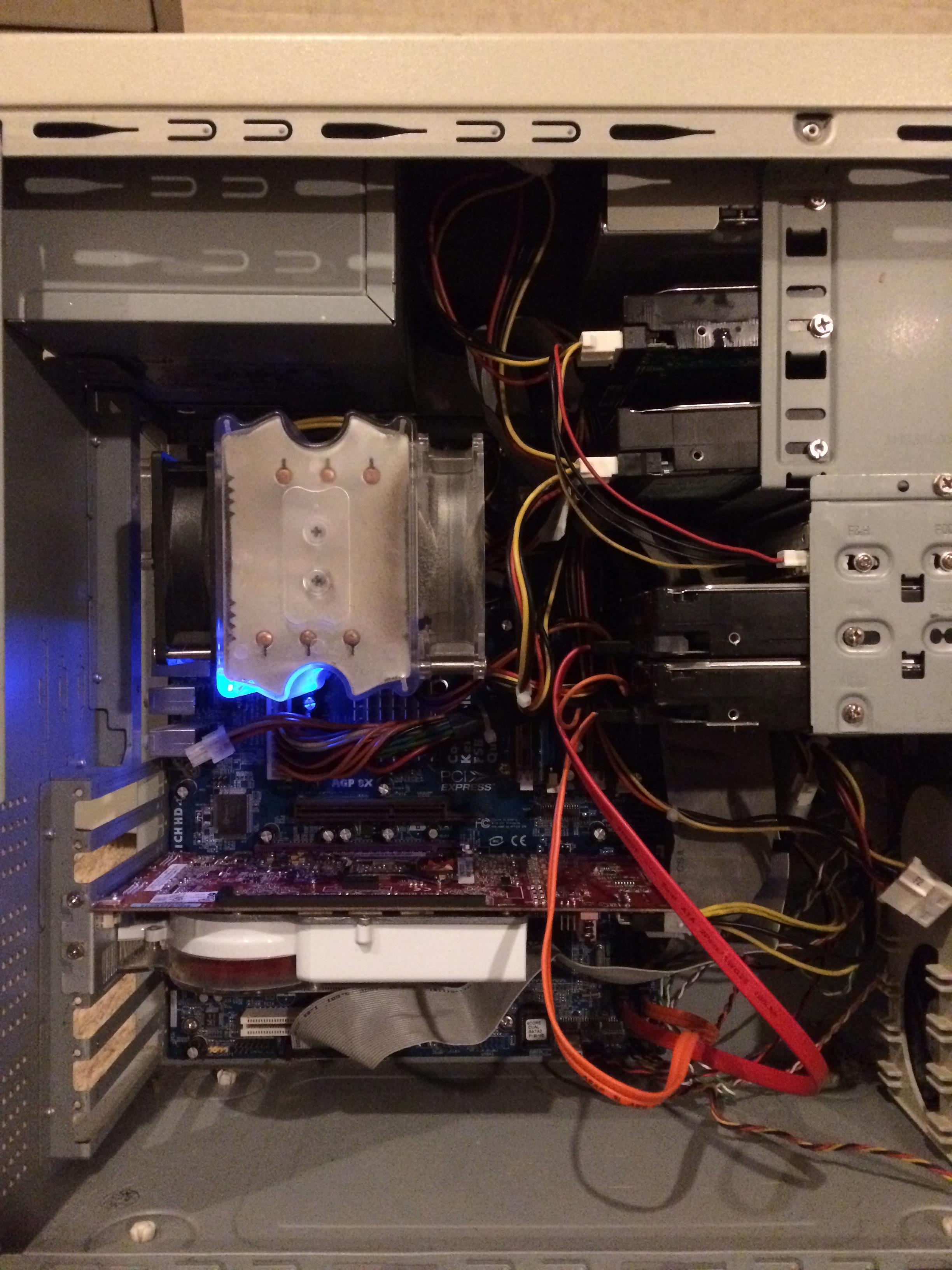 Running, everything spins, but it beeps at me. Probably doesn't like the X1900XT Mac Edition. 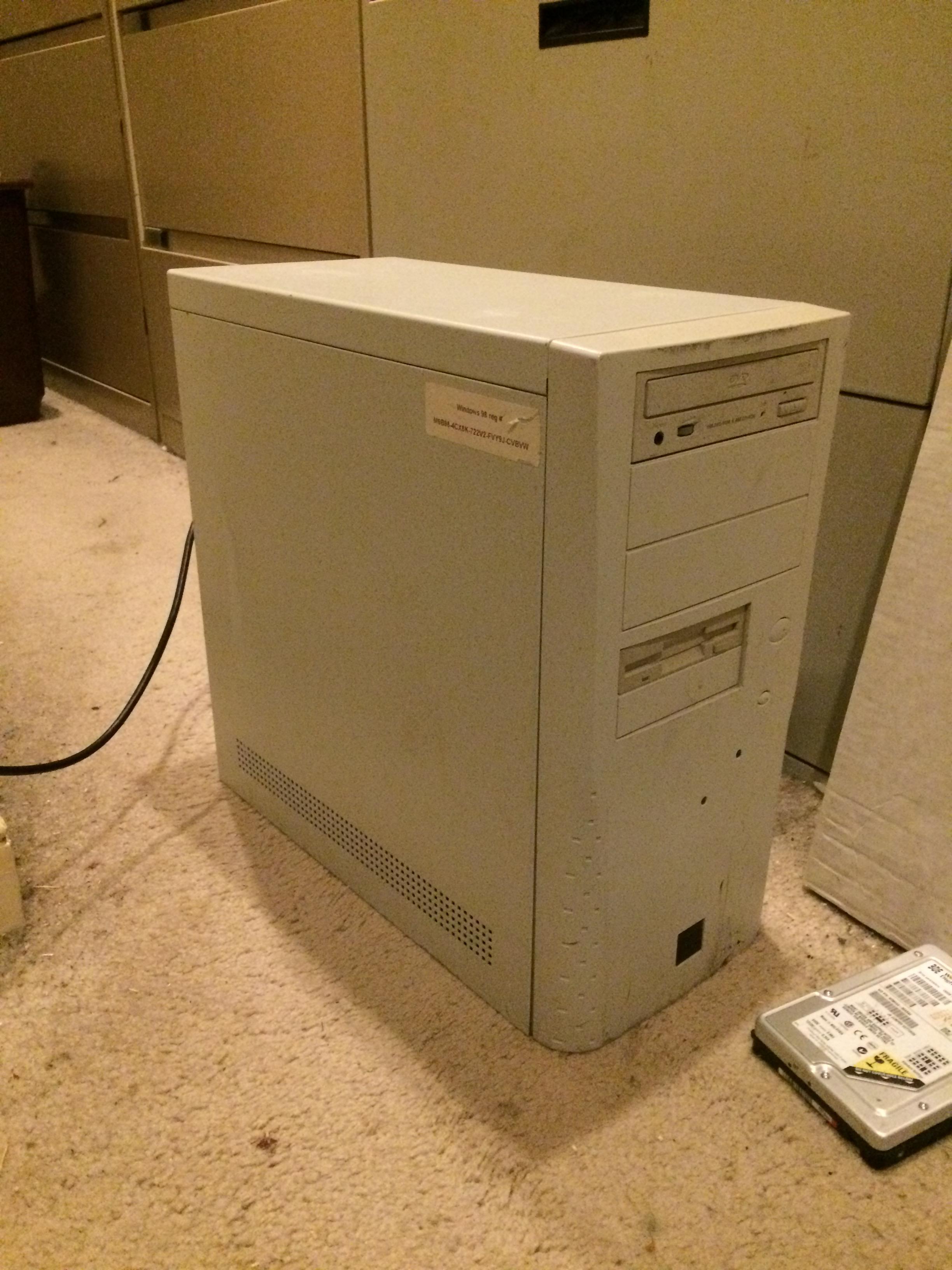 CD Drive is unplugged. Sleeper as fuck. Floppy drive is connected tho.

As I said it all spins up, the GPU and bottom of the case has a vent. It the heat doesn't find an out it'll be a talent I've never seen.

I had that same motherboard when I was a kid and I absolutely hated it. First and last asrock product i'll ever buy.

I was frustrated that the board needed a million bios updates for every new gpu that came out and it only supported 2gb of ram and had a crappy chipset. It eventually simply died and never booted again and I replaced it with a gigabyte board that still works to this day.

Running, everything spins, but it beeps at me. Probably doesn't like the X1900XT Mac Edition. 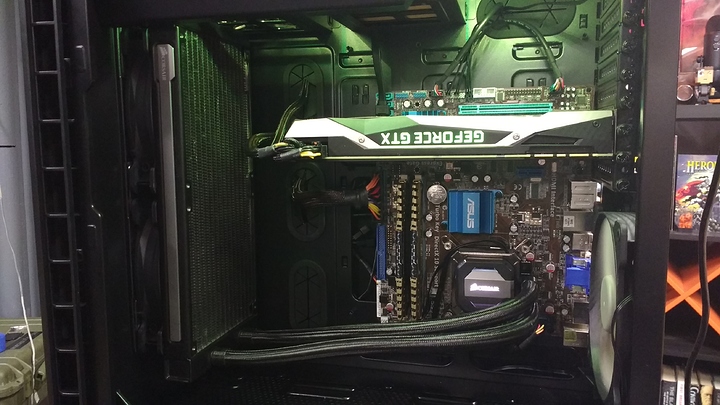 Needs a BIOS update to get the DDR3 running at 1333 but once that's done it's off to overclocking and benchmarking. I'm worried that the 1080 Ti is going to really bottleneck the glorious NetBurst perfection that is the Pentium 4 though.

Wish I had your ASRock though. Love having the options between AGP and PCI-E.

Not sure if sarcasm lol

Edit: On this forum - http://www.tomshardware.com/forum/244724-30-4coredual-possible - its passed that if its dual channel then it has 4 GB capabilities. Becuase all hde BIOS updates are out then I might as well give it a shot. Its not beeping because of ram, I think its the GPU. CPU might also be dead for whatever reason.

So, maybe pull that board out, get the newest BIOS and fuck around :P

Best of luck, I'll be following the project. Hopefully all yer parts work.

I am pretty sure. Think I just need another GPU TBH. CPU might be dead, I don't remember what its out of.

I would love them actually I want 2 98/8800's for my mac pro. I've been looking locally but nothing has really come up. Then I could just take my 98 out of my mac and into this build.

msg me later if you wanna sell :D

Sure been trying to sell them actually. I'll test them when I get home and send you an offer.

install linux, run some HTML scrapper code with * as the arguement, and let that bad boy loose against the internet. See how long it will run before it crashes or fills up.

Hmm I need to pick this back up don't I.... I'll probably start working on this again tomorrow or the day after.