Of coarse, even cocoa or soy milk

This, altho minus the vodka on work days 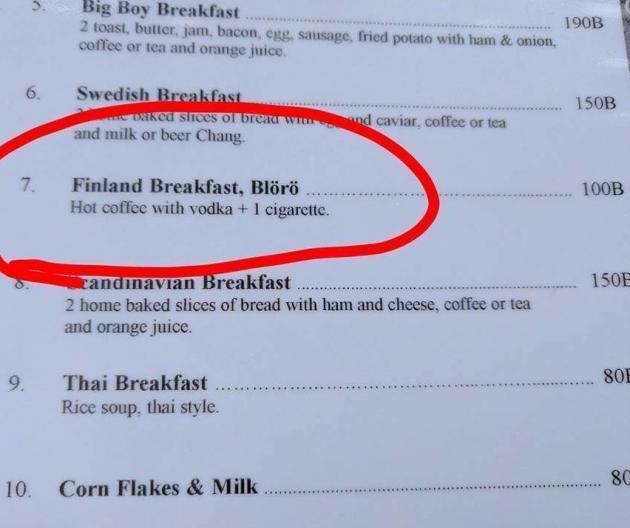 It seems so different from other bread

That is no bread, buddy

Well... Technically, there is bread in it. but it is no bread.
And yes

It will be crispy

When my daughter was little she loved French toast.
I would sprinkle a pinch of confectioners sugar over top and it made it look like it came from a restaurant ok a Denny's

This is hella old, so it will probably be all new to most of you peeps.

I say 'Breakfast of Champions' all the time when I'm eating crap.

I rarely eat a real breakfast. Most of the time I just eat an apple, drink a glass of water and a cup of coffee. That's basically a tasty laxative. Then as soon as I take a dump I eat one banana. When I do eat breakfast I indulge myself with some type of tasty pastry. Perhaps European pancake (crepe, as they're perhaps better known to Americans) with Nutella.

I could eat a whole bunch, but these things are extremely high in calories. One is more than enough.

I forgot this recipe that I think my Mom invented. No one else seems to have heard of it, but I'm sure it has been done before.

Toad in the Hole - needs no explanation. 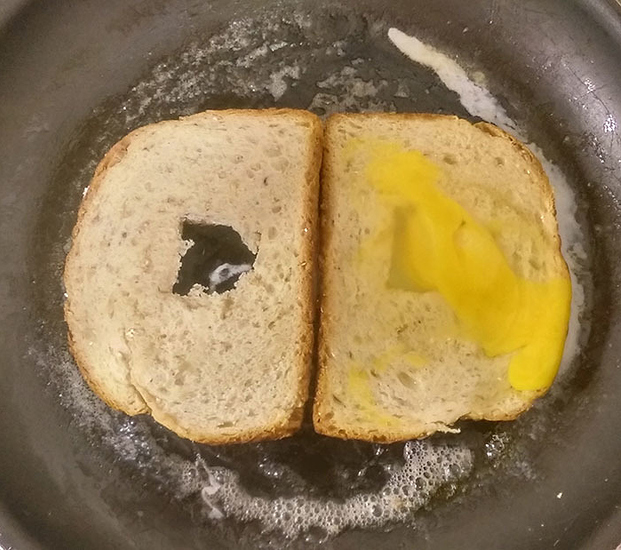 Wow, you are quite a creative mom.

Eating some is much better than the empty stomach, right? Be healthy and be fine.

Two breads and an egg fried in the pan, right?

I have never tried this one, enjoy yourself.

Each meal above is so delicious.

I only showed 1 egg so you can see the hole.
I like to crack my yolk, but usually the yolk (toad) goes in the hole.

I also like drinking the bean milk in the morning, and with some buds or egg. Just the same with you.

Then our taste is so similar.