Aloha! It's been a long time since I've logged into the forums but I have a project that I think might interest some of you. 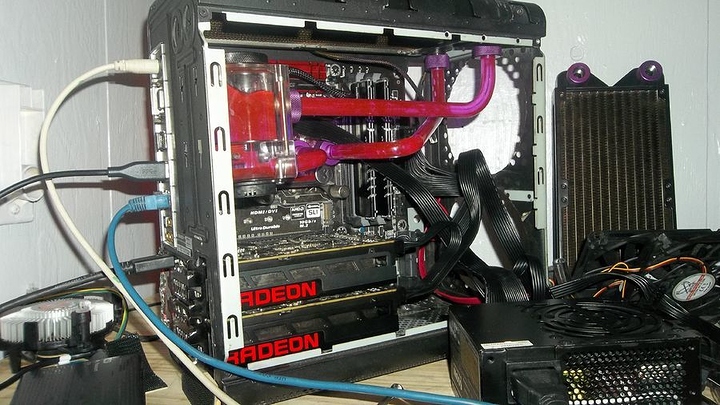 Still have some work to do on it. The loop right now is temporary while I wait for the GPU waterblocks (had a pc die and needed this one up and running lol).

Going to be livestreaming the final build on youtube or twitch (haven't decided) sometime in the next few weeks. You can get some more information on the original build log on OCN:
[Build Log] The Acorn - EVGA Hadron Hydro mATX Mod

Great build. I might consider adding water blocks to the nanos considering their problems with heat, but that would add a good chunk to the cost of the build.

Waterblocks for the nanos are in the mail lol :P Just need to wait for them.

You really have me jealous of this build. Only thing to do from here is get a 2+tb ssd because you have just about everything else covered amazingly well.

Im looking at getting a 512GB M.2 ssd and finding space for another internel drive lol. Right now the 256GB ssd I have in it is under the motherboard lmao.

Could grab that 15tb Samsung ssd ;)