Out of curiosity, I wanted to see if I could get RTX Voice running as a realtime noise-removal bus in Pro Tools on macOS.

A couple of hurdles:

It just so happens I have a windows VM on my server that has an rtx card passed to it that runs basically 24/7. I also have a license for Reaper (cross-platform) as well as Source-Nexus, but alas, it only runs on macos. So, the long way, it is… 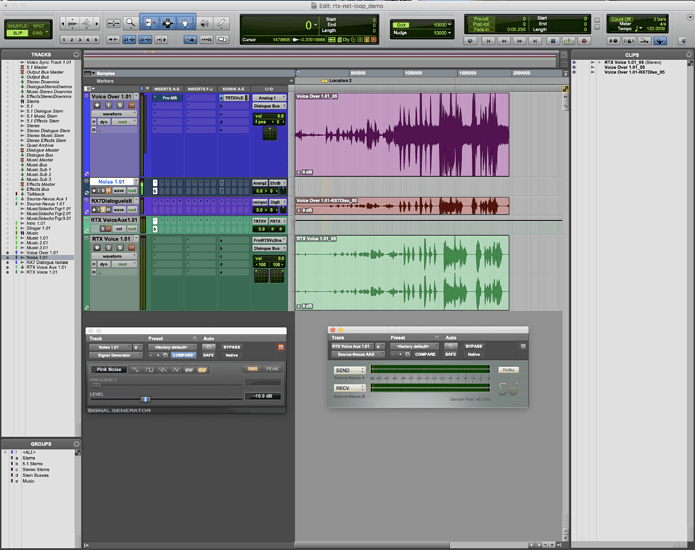 On the workstation, I opened a track in pro tools (Voice Over 1.01), routed it through source-nexus, and into Reaper, where the built-in plugin “ReaStream” can send it over the network by IP and “identifier” to pair the plugins: 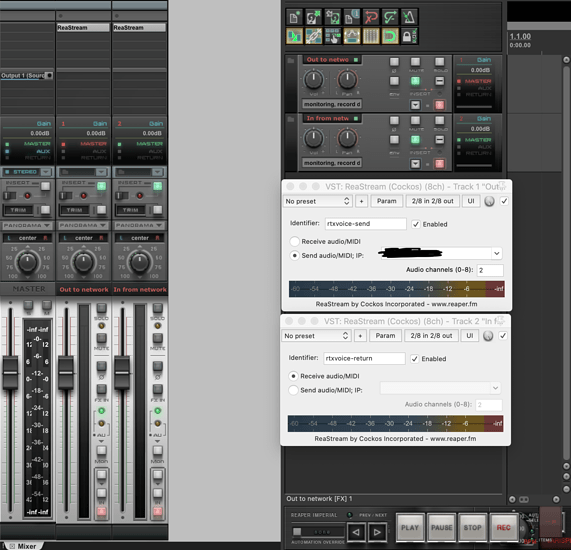 Then, on the remote windows VM, i installed VB-Cable, which, as it turns out, I didn’t really need, but it does serve as a dummy device for RTX voice to use so that the VM’s system sounds don’t get mixed in. In Reaper in the VM, I selected rtx voice as the audio device , routed the reastream plugs (using the same identifier) in and back out so that they went through the rtx processing, and sent the stream back across reastream, through source-nexus, and back to pro tools. 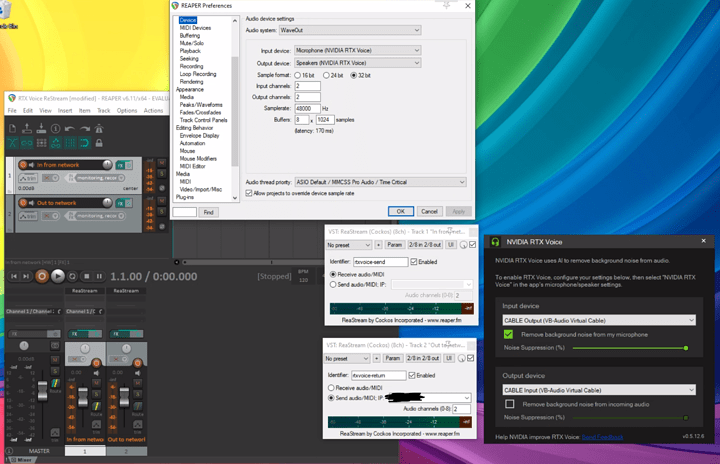 The latency, in this case, was about 610ms roundtrip, so no good for live (as in event) use, but if you’re using a VST host while streaming on linux or something, this could be a solution. I did it just to see if I could create a sort-of noise removal “portal” on the network, and the NR algorithm itself worked quite well.

As for the audio clips, I may record a few more later and post them. I’ll share my thoughts on the quality, then.