TES IV: Oblivion - Just beat main quest. What to do next?

Alright, so i’ve played Oblivion before. But i’ve never had the pleasure to play the complete game will all DLCs and all plugins. I HAVE played KotN YEARS ago. Should i play KotN right after the main quest. I think KotN was released before SE… Sooo? Yes. When SHOULD i dive into SE? It’s massive.

Mehrune’s Razor looks interesting, and so does Battlehorn Castle. Which ones should i do next?

I just want to say congrats on beating the main quest. I have the game in my backlog4life. I look forward to one day playing it seriously and hopefully getting through it.

Murder everyone in the Foc’sle bar and inn, strip them nude, and pile their bodies in a single room. Then go start goblin wars, then do all the guilds, etc.

No. I’m not saying i beat the game outright. I just beat the main quest line. And unsure of what to do next as there is still plenty of content left - especially in the official Plug-ins.

Whatever you do, SI should be the last thing you do. IMO one of the best xpacs ever made, would be a proper way to complete your time with the game.

Yeah. I think that what we see in SI is a dying breed. Expansions that EXPAND the game have now turned into their awkward, mentally challenged little cousin, “DLC”.

But the side quests in the base game can surprisingly be hard to find! I figured i’d save that for last. Just find them as i go along. I suppose i’ll do Mehrune’s Razor next? That released before KoTN and SI.

Yeah, do any little side quests that you find interesting first, and doing Knights of the Nine first makes sense.

Agreed on the size of xpacs/DLC’s. Last game to do it right in my recollection is Witcher 3. I hear the latest XCOM 2 xpac is pretty good as well.

you mod the fuck out of it, break the game, and learn how to fix it.
pro tips loot/boss + tes edit + keep a clean unmodded copy of your game and make back ups of your saves.
https://www.nexusmods.com/games/

Oblivion may have lacked the amazing worldscapes of Morrowind, but with smoother mechanics and better graphics it was a lot more playable, and not annoying like Skyrim.

Shivering Isles was my favorite of the DLC, Mehrune’s Razor is basically a free house for evil players, same as frostags spire is for magic players, so the quest line isn’t long or hard… still worth playing them though.

Also I 2nd @fredrich_nietze, now is the time to get crazy with the mods, or even try creating some yourself… the TES toolkit being being free and well supported you can create something literally on par with the offical DLC if you care too, or just have some great fun with obviously broken mechanics (tiny playable races are fun, especially with higher acrobatics and speed but less endurance so its skill based not a tank).

Finally if you have not already try give Fallout New Vegas a go… I got it after Oblivion and it became my most played game ever. its 100hours to do the basegame and quests and the DLC popup spam at the start aside, each of the DLC was much more of a game in its own right than any of the Bethesda made games, and having a main quest that can be finished actually different ways not a subtle variations adds to replay ability a ton (Fallout4 did this well enough late game, but the start was on rails and I really don’t like the colonized nature or constant report back based radiant system).

Free house for evil characters? I thought that’s what Vile Lair was? Mehrune’s Razor is a quest, though.

My bad, yes getting confused (somehow?) with vile lair. I blame the 2 years since I played it.

Mehrunes razor is a leveled dagger from the unearthing quest line in Sundercliff… not sure how i mixed that up. Like finger of the mountain wait till level 20 to do it to get the best reward.

From memory (which you clearly shouldn’t trust lol) and avoiding spoilers, its one huge underground dungoun explore, and doesn’t have merchants so make sure your carry capacity is high (not full of potions ect) to get best loot… I think its only an hour or two though…

Finger of the Mountain… teehee. More like finger in the BUTT! I ain’t waitin’ for SHIT! Bethesda can smoke my pole! I had to endure that pain when i played the game on my PS3. NO MORE! I have the AULIAS mod. It auto updates leveled items and spells. It’s a dream come true.

Skyrim dumbed down a lot of shit. But holy fuck… They streamlined so much that doesn’t need to be complicated at all. Leveling being #1. Advance x amount of skill levels across any number of skills. Level up. Pick a perk. Simple as that. And i thought Fallout 3’s leveling was a savior in comparison to Oblivion… Ugh…

OH NO! I gotta level up for another 6 hours to get all +5s! FUCK OFF! Whoever thought of that at Bethesda should be kicked in the dick so hard they can feel it in their mouth.

And New Vegas. YEAH! I STILL haven’t done the Big MT DLC at all. And the Lonesome Road. That game surprised the shit out of me. Started playing it a year and a half ago. So much game there. It’s insane. It spoiled me, too. Some parts of Fallout 3 are hard to go back to.

I have the Anthology, actually. I have it on disc. But i think Bethesda has it available for free as a download? I’m surprised it’s not on Steam. LOL, if Morrowind hasn’t aged well. What the hell is Arena like? Oh, man.

Morrowwind hasn’t aged well? This is the first I’ve heard that.

Well. My bad. Just the combat which makes me shoot blood out of my ass every time i see a sword swing going up-down-up-down-up-down. At least if it was left-right-left-right like Oblivion, then i’d say “ok”. Maybe it’s a silly thing to bother me. But… yeah. It just does. Idk. Is there a combat mod?

Character customization is hugely important for me, too. I’ve been eagerly awaiting Skywind. 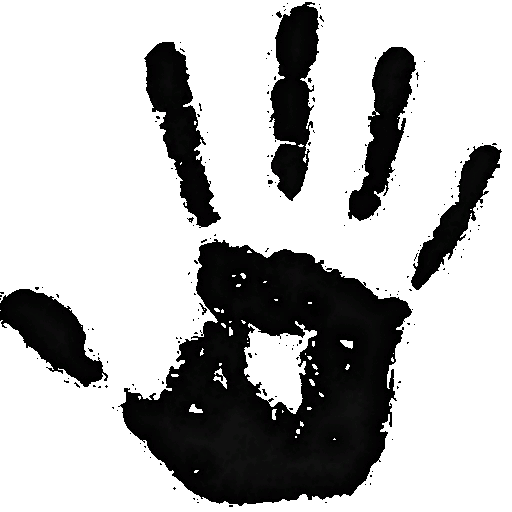 Maaan. Shut up… Now i wanna do the Dark Brotherhood quests again.

And now i’m even more sad after realizing how broken the “roleplaying” is in Bethesda games. You graduate from the DB, then you move on to mow lawns and pick up fallen fucking groceries. So much for being “evil”.