WARNING: Politics talk is allowed, but please keep it civil. The CCP is always a political firestorm, but let’s have intelligent discussion on it within tech context rather than devolve to accusations. 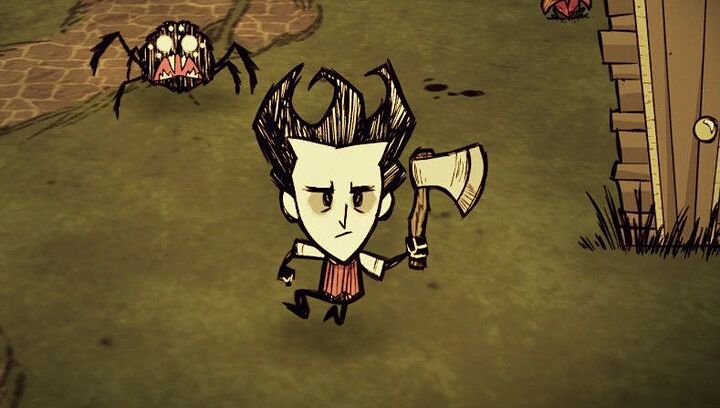 Klei says it will retain 'full autonomy of creative and operations across all aspects of the studio.'

Personally, I just removed Oxygen Not Included from my library following this news, since EGS exclusivity is almost certain, and considering the censorship and brainwashing on WeChat, there’s always the risk of government involvement.

is there a way to keep a game from not updating anymore?

The DRM-free versions on GOG of Don’t Starve are yours to keep. Just avoid the online functionality. (AKA stop playing Don’t Starve Together)

Oxygen Not Included was never released on GOG so you’d have to do stuff with Steam DRM. I’m not dealing with that.

That takes two games of my wishlist. Shame.

another one bites the dust. at least it was not EA that bought them.
shame that we lose an independent developer to a mega corp.

They were in the midst of hiring really good artists and talent too.

that is probably the reason that they were acquired. new budding studio that was poised to make a big splash on the international market. has talent fresh contracts and IP that are new.

If anyone has been paying attention to game studios that Tencent has been buying lately, they’ve focused upon gaming studios with a wide range of skill sets–Alibaba on the other hand has been throwing money/investments in gaming studios which are much more independent.

As far as when a game studio claims they will retain full autonomy, just wait 2-3yrs and they’ll likely be rolled into a “new” media division. I’m only saying this as Microsoft had done this to a few developers, they either buy the studio completely or push them into only selling that game exclusively on a certain game delivery platform–Tencent could shift Klei Entertainment future game launches to Epic’s game client.

microsoft and bungie is the perfect example of this. took years for bungie to break away from microsoft control… sadly they lost a hell of a lot of Devs in between and nothing that they made since being acquired has had the same feel and consistency of game play.( halo 1 rules over all other halos in multiplayer and story)
still think that any studio that is started from scratch should not ever go public or take offers to be absorbed by publishers. Fable to an extent suffered from this problem.
my biggest gripe is that no matter what the creative vision of these studios will be messed with by the corporate overlords. answering to oneself vs answering to a board that must make a profit has a lot of hidden pressure and agendas.

This is exactly my fear, and them being forced to make a Chinese exclusive “yet another J-MMORPG ripoff” IP is also another fear. Huawei Android store exclusive games on that tangent is a very real possibility.

What a sad day. I don’t want to see those games move too only epic.

It can get worse, they could be forced to create a bad iOS/Android MMORPG exclusively for Chinese app stores in 6 months.

Yes in the preferences in steam and under updates you can stop them and keep them where they are.

This will likely break all online functionality though.

You can stop the updates, but it will not allow you to even start the game without updating first.

For some games that do not use the Steam API you can start the game directly from the executable, otherwise it will open steam first and if it needs an update it will not start.

If it is fully updated and you put steam into offline mode it will continue to work until you start steam in online mode again.

There’s not a option for stopping them that I see

Jesus Fokin Christ…
Why is the general public so retarded and keeps supporting shit like that?

Hmmm yes so I see, It is like @Engle says. I got confused with my Euro Truck install as they specifically allow you to select an older version for modding compatibility in the betas which stops the updates.

Well that really does suck.

I would argue this should be applicable to any business. Stop kneeling in front of the beasts. Although this goes outside tech talk, so I’ll stop here.

Still have doubts this kind of game studio would drift from computer level game development to mobile as working around Android/iOS API requires far too many trade-offs for creativity–its possible they’d port some games via outsource it. Getting any game to run on Android is a challenge on its own, when I did some testing/bug hunting work you’d see some tablets or phones which you’d know should “work great” only to fail a bunch of QA requirements(ex: OEM caps reserved memory and the frame buffer becomes bottlenecked so now you need to add more devices to the scaled down texture library)

I was skimming through some tech news and currently someone(one of those so-called tech analyst) claimed there is a Huawei game console looming(they could launch an ARM console using an x86/x64 application layer to make crossplatform development easy)–however its unknown how it would compete based on how many consoles either flopped(hardware over priced) or lack of actual games. Another factor to consider is how many people have brand loyalty, Alibaba has done the hands off approach on companies they’ve bought in comparison to some of the companies you’ve seen Tencent invest/buy–you could view it like the LG vs Samsung crowd. That company which “zombie branded” an Atari console makes you wonder how long it’ll be supported considering a large company like Google opted to exit making their own exclusive games for Stadia.

If it is fully updated and you put steam into offline mode it will continue to work until you start steam in online mode again.

There are some Steam developers who’ve put restrictions on offline mode, after 14-30 days you need to go online again, its always interesting finding out when a non-multiplayer game has that kind of nag mode.