Tab Key Will Sometimes Work In Doom Eternal! Anyone Else Experiencing This?

As of today, I have actually been playing Doom Eternal for a week (via pc) & I have to admit that I absolutely LOVE IT! Heck, I even believe it’s easily better than Doom 2016 for that matter!

But I do have 1 minor complaint about the game: As stated in the title- I’m finding that sometimes in the game my Tab Key won’t work & it’s been driving me half-nuts! (Just like Doom 2016, you can use the Tab Key to view your Dossier, Weapon Upgrades, Suit Upgrades, Ruins, etc.) Now I have done a little bit of troubleshooting myself: checking for driver updates, making sure the OS isn’t corrupted, having the latest Windows Updates, etc, but haven’t turned up with anything out of the ordinary. There’s nothing even wrong with my keyboard considering I have only been using it for a few months since I got it! I should mention that I chose to use the Bethesda Launcher instead of using Steam for the game.

So, with that being said, I do have some questions regarding this:

1.) Has anyone else been having this sort of issue?

2.) Is the issue more related to the game itself or does it depend on the launcher to choose to use?

3.) Has anyone been able to fix sort of issue if they have already experienced it like I still am?

4.) Does anyone know if this type of issue might be fixed in either a game update or possibly an update to the Bethesda Launcher or Steam?

I’d like to hear from you guys on this! And if anyone needs to ask me something or you might want further details, just go ahead & ask! I’ll get back with you in a flash!

BTW, this topic was also posted to the Linus Tech Tips forum in case any of you are active over there.

Thanks to anyone who might be able to help!

Issue : The TAB key will stop functioning as a keybind for opening the dossier if the user minimizes the game window with alt-enter.
Resolution : In order to restore this functionality, the user needs to first maximize the title, then alt-tab out of the game and alt-tab back into the game. 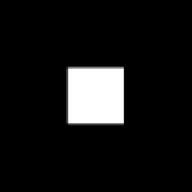 Interesting as I was totally unaware of this. Do you know if disabling or turning off keybinds in Doom Eternal might fix the same issue as well?