Synergy, Symless, Open Source. Which version? What is going on?

So Synergy is available to buy through here:

Share one mouse and one keyboard with multiple computers. How, you may ask? Simply download Synergy, the KVM software by Symless.


And Synergy is also available to compile from here: 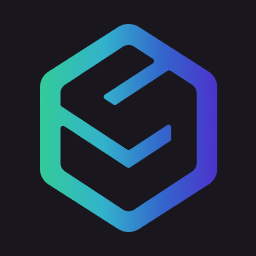 So… what are the advantages to buying Synergy? I can’t find any reference to open source on Symless’s website, yet it’s on GitHub. Obviously it’s good to support Open Source projects, but they’re not referencing it at all…

You can even find precompiled binaries online. I have compiled on linux and used the precompiled on windows without issue. It seems to work, but I have not tested all of the features.

I’m not sure if this has changed but it used to be the case that you could only enable encryption in the paid version.

The pro version at $29 lets you use encryption, not sure it the github version does.

It’s a good product, I’ve been using it linux-linux-windows for about a year now. It was super easy to set up & hasn’t given me any issues at all. Worth the price they ask in my opinion.

Ok so for one it isn’t open source. When they started their stuff a few years ago they didn’t want to port to linux in a binary because it would end up on .deb or RPM and everyone and their mother knows thats a giant pain in the ass. So they just put the sourcebuilds out and said “Hey linux, here, figure it out yourself”.

Now, advantages? Depends. For me, I use it at my desk with sharing between my Mac Pro, Linux Desktop, and a Windows XP machine across the room. I don’t want to have a million little things on my desk for different machines, so its easier to just move a mouse up or down and switch input modes on my monitor. When they started they had Standard and Pro, which was just a difference of some windows options, but its 3 dollars difference for some more tools I thought I may or may not use at work so fuck it. They have added a lot since then so I just called it good there.

Tack on to that one of the biggest uses I had while working for my highschool. I put synergy on my work share and had a little roller desk and set up each machine in a lab to run with synergy so that I could be in the room with a netbook with all my external files and ISO’s ready to drag and drop. Network sharing was unreliable because Novell was being Novell so that was stupidly helpful. So I could literally walk around, ding my work ID at a machine or at the master machine in each room, all the machines would auto login, and I had automation scripts set up for the machines to check each other’s position in the config tool and auto roll-out synergy startup and self config. Trust me, it was 4 days of absolute BS testing and fidgeting but it made my job WAAAAYYYY easier. Netbook, start at one machine, move down the line.

I wasn’t allowed to, and if something happened on a machine that it made an error sound it was easier to go to the machine physically than watching a wall of VNC screens and having to walk across this giant building.

And no, you can’t remote play games with it.

And no, you can’t remote play games with it.

Not true. I’ve had it working just fine in the past. I’m not using it at all now, but it shouldn’t have changed.

There is a bit of latency, but it’s no worse than a wireless mouse.

When they started their stuff a few years ago they didn’t want to port to linux in a binary because it would end up on .deb or RPM and everyone and their mother knows thats a giant pain in the ass.

In which case I probably will go for the Pro version - quite a lot of the techtubers have a 50 % off deal on every now and again, so I don’t mind spending an extra 5 bucks for the extra features.

Thanks for the info everyone : )

I think LTT has something going on right now.

Yeah, they do - though you have to dig through their videos for a link - I believe the most recent one is from the WAN show.