Suggestions for a Mini ITX Motherboard with FireWire

I am going to build a small form factor PC to carry arround as mobile workstation.
I have a Case etc, but still searching for a Motherboard ...

It needs to be an mini ITX board for an intel i7 Haswell or newer ..
The ONLY part needed is a FireWire Connector.

As the system will contain a GPU the only PCIe slot is already occupied, so i can't use an PCIe Firewire Card.

So now i am looking for any suggestion for an Motherboard to buy.

A plus point would be if the Chipset is compatibke with Hackintosh.

This rig should be carryed arround an be used for gaming and content creation.
Some of my audio interfaces are using Firewire, so I absoloutly need this

But you are going to have to go WAY back for it, like. X58 days.

so. You can either have firewire on an old generation board thats MATX or bigger, or a new gen MITX. Not both.

This is about as close as you'll get.

as long as you avoid the old TI chipsets, you can find half-height or other small firewire PCIe cards on ebay for cheap.

I'd say matx slim is probably your best bet; not gonna find anything modern with onboard FW, and itx has an expandability limit that precludes that option should you want a gpu.

sorry to double-post, but have you thought about just buying an itx voard with m.2 and breaking it out to full PCIe? then you could have a GPU and a firewire HBA without sacrificing the form factor. another choice is to get an itx board with mPCIe wifi, take that out, and breakout to firewire. 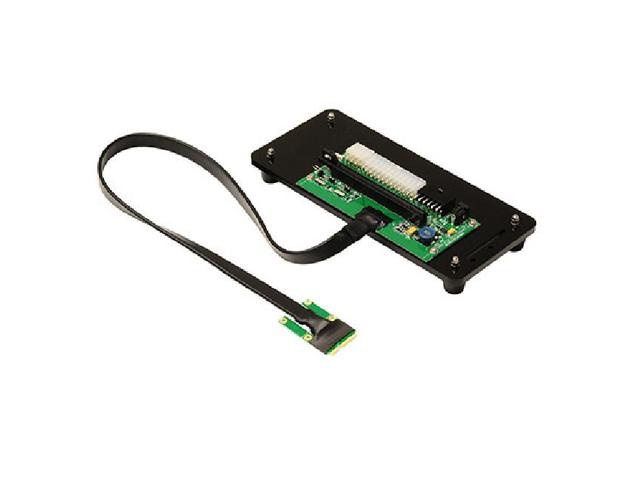 should do the trick.

I wonder if it would be cheaper/easier at that point to switch to a USB audio interface.

depends on what he has/needs. If it's something like a Focusrite Saffire 24 pro, there's no way he's getting a comparable USB interface for the price of an adapter, or even an adapter plus the revenue from selling the old one

Taking a shot in the dark here.

If this is indeed OP then I think is requirements arent super high. Cant say for sure though.

I am dooing sometimes professional Audio Recording for bands ... So I am using some Avid DigiDesign audio hardware. I love them and cannot afford bying new ones.

Actually I kind of like the idear of @tkoham !!
I think this can be a good solution for me.
I don't want to go with that old hardware @Cavemanthe0ne posted ..
Thats way to old for me.

So i will then look for a nice mITX board with an m.2 or Wifi slot, rip off the Wifi card and install an mini PCIe to FireWire adapter I think

This won't help if you've already got a Haswell processor, but if you're willing to step down to Ivy Bridge, this could work... 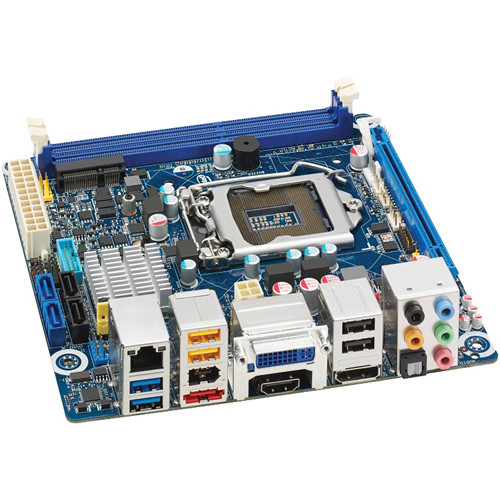 Other than that, I would look for a small mATX board so you can at least add a firewire card - there are some out there that are essentially ITX boards with an extra PCIe slot like MSI's E33 boards. I have the B75 version of the H81-E33 and so long as you can find a really small mATX case, they're great little boards.

Seems to me that a firewire to USB 3.0 adapter would be much cheaper than some of the other options. I saw a few on Amazon, no idea how they work or fit exactly what you need. I'm sure if you hunt around you can find a decent one for a reasonable price.

A motherboard is the heart of the system, and you would be severely limited trying to choose one that has firewire. Another bonus would be the ability to hook it up to other modern computers should the need arise. If your machine went down and you had to get work done then it would be a pain trying to track down another motherboard. Maybe keeping a couple adapters on hand would be more cost effective than having a long downtime if you lose/forget/break an adapter.

Seems to me that a firewire to USB 3.0 adapter would be much cheaper than some of the other options.

Unfortunately those dont really work. They are just taking the pins straight from firewire to usb and that would require new drivers which you probably cant get. If you look at the reviews they are filled with people who didnt know this but do now after buying it.

Thanks for the tip! I figured that could be a problem which is why I followed it up with 'no idea how they work'. I know a lot of the cheap Amazon stuff tends to look like a great solution but doesn't pan out. Are there not any other companies out there making quality adapters?

It seems like the situation of people with high end audio stuff has come up numerous times that I have seen. For some of these people they would be better off with an expensive adapter that works vs trying to find the 1 motherboard that has firewire and the rest of the system is a compromise, or replacing thousands of dollars of equipment. Maybe there needs to be a kickstarter for this type of device.

Are there not any other companies out there making quality adapters?

I thought there might be but nope. The problem I think is, its a niche market. This guy wants SFF a GPU and firewire. You can get firewire PCIe cards still and most people would just use those.

If it were me, I would save myself the headache and just sacrifice a little on the size. mATX cases and ITX cases arent that far apart.

HH matx is smaller than ITX in a lot of cases