Some guy has been DDOSing the Linustechtips forum for the past few days, is there anything that can be done to stop him?

He keeps tweeting about it and even has his own website now. Obviously he's getting off the attention so if anyone has a twitter please report him so his account gets taken down.

Is that why the server is down right now?

Someone go punch that guy in the dick.

due to the nature of a denial of service attack,
there really isnt anything someone can do on their end,
short of blacklisting the ip's of the botnet (which could end up inadvertently blacklisting normal users)

you could try to blacklist ip's that have made x number of connections in the past x timeframe / limit
reasoning: a Normal user wouldn't connect over a hundred times in a few minutes

even then, the sheer number of attempted connections to the server, would overwhelm the cpu
as it has to spend time and effort checking the ip against the blacklist

wiki link
A distributed denial-of-service (DDoS) attack occurs when multiple systems flood the bandwidth or resources of a targeted system, usually one or more web servers. Such an attack is often the result of multiple compromised systems (for example a botnet) flooding the targeted system with traffic.

So all they can really do is hope that this douchebag moves on?

Too bad someone doesn't DDoS his ass in retaliation. Not sure if that's something that can be done.

only if they knew his home networks location 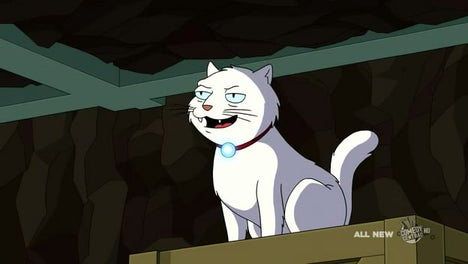 There's nothing you can do! Nothing!

Seriously though I don't like Linus but this kinda sucks.

No, there are things you can do about a DDOS attack...

This is just one example of a service that prevents/stops a DDOS attack from completely taking down a site, most of which are probably over my head. Of course it costs money, but whether or not Linus (or any other site owner) will use it is up to them.

Yup something like cloudflare would be the solution. As far as I know Google offers similar services for free to opposition movements that get ddos'ed by their government.

linus and crew are such noobs.

If memory serves me correctly... using a FreeBSD box with2 nics makes for a firewall which sends unwanted packets into null space and not replied to. This would basically render the DDOS attack impotent since it relies on an ack for every one of the thousands of packets sent. So, no reply, no ack and then... no DDOS.
I could be wrong, but this is from a good number of years ago that I was shown the firewall/box. Good luck and a happy flying finger of fuck you to the attacker.

Not necessarily. Some DDOS attacks are possible because of other people's mistakes. The NTP amplification attack was due to a bug in the NTP protocoll and allowed for crazy amplification of the attacks, meaning one could generate Gigabits of traffic with only megabits on the attackers line. Being hit with a DDoS attack can and is happening to people on the internet of all skill levels. One can not do much against that, except throwing bandwith at the problem.

Remember the DDoS attack on the steam server? No? Happened right after the attack on EA. But steam has such beastly amounts of bandwith that only 2 servers got a bit shaky. It's defence by scale. Ask an elephant about lions, he will tell you the same, he is too big to be hurt in any meaningful way.

Some child wasting his allowance on DDoS services to annoy other people. Literally the most pathetic thing I've read about today.

i agree not necessarily. but have you watched any of their videos? just because a ddos attack can be perpetrated on all levels of skillz doesnt discount that fact that until recently their forum was running on a regular pc in the bathroom.