Steel Series H Wireless, Astro A50, or something else?

I've been looking at both these headsets and they both come highly recommended. Linus at Linus Tech Tips said that the H Wireless are the best headsets that he's ever experienced. But my best friend says that the A50's are the best. I understand that sound preferences are subjective.

I like a punchy base, but not so much that it muddles everything, and I like things a little loud. Also I need something multiplatform. Where I can use with my PC, PS4 and Xbone.

I'm looking for some wireless headphones as well. The H Wireless are also on my list. I'm also considering the Bose SoundLink around-ear wireless headphones II and the Sennheiser Momentum 2.0 wireless headphones also. They are not specifically marketed as PC gaming headsets but both of them claim to be compatible with any Bluetooth 2.1 or later devices including phones, tablets, and PC's. The Bose are at the same price point as the H Wireless, actually a little cheaper, but the Momentum's are really expensive. I just don't know how the sound profile will work with gaming. I usually use AKG K702's w/ O2 DAC/AMP as my primary all purpose headphones and a mod mic for voice. I'm getting pretty annoyed with all the wires though. I don't mind the wires when I'm just relaxing listening to music but they get trouble some during long gaming sessions when I want to get up for this or that in between matches. At the same time, I would hate to loose the sound quality and massive sound stage that the K702's deliver. One review of the Momentum's said the sound quality of the K702 was equal to if not better than the Momentum's but it's very subjective. Another long review said the Momentum's sound stage was huge when they were in active mode and using the built in Sennheiser DAC. Creative also has a wireless headset that I saw a review on youtube recently (Creative Sound Blaster EVO ZX & ZxR) but I don't much about them. I know that they where originally $300 but they are on Amazon now for $130. I read a few reviews that mentioned a stress point between the head band and ear cups that was made with plastic and likely to break, but the connectivity and sound quality are supposedly great.

I've heard so many great things about Astros but I'm beginning to think that they are overrated. The Steelseries H wireless has a lot of features that I want. Like you, I'm tired of all the wires and which is why I'm going wireless. Too bad there aren't as many options as wired headsets. Perhaps I'm just going to save up for the Steelseries.

Well, I bit the bullet and ordered the Siberia 800 (rebranded H Wireless) but they won't get here till next week. I'm not bass head when it comes to listening to music. I like having a flat frequency response but I have my K702 and Beyerdynamic T 70 for that. I'll let you know what I think about them when I get them in although I've never used the Astro A50's to compare them too.

I've had the Siberia 800 for about a week and a half now. So far I like them as a gaming headset. I would say decent for music. They do have so bass once you go through the EQ settings. It has some EQ presets and the ability to make custom presets. I'm using the immersion preset with Dolby Digital on for gaming. You can save custom profiles also, so I set one up for gaming and another for music with DD off and a custom EQ. The best part is definitely that they 100% wireless 100% of the time, at least for the PC. You'll have to plug in the mic for the Xbone. It comes with 2 batteries so one is always charged and it takes less than a minute to swap them out. They do fit kind of tight and I have a small head. They might be uncomfortable for those with a large noggin. I assume that they will loosen up some over time. I haven't really used the mic so I can't comment on it yet.

My 2 biggest complaints are that they don't get very loud and the ear pads were not angled with thicker padding in the back. This causes them to slightly touch my ear. It isn't noticeable at first but I can feel it after a couple hours of gaming. Fortunately, the ear pads are replaceable so I picked up a set of Brainwavz angled memory foam ear pads on Amazon for about $25. They seem to be doing the trick of keeping them from touching my ears. The Brainwavz pads are oval but they stretch so I was able to squeeze them onto the 800's. 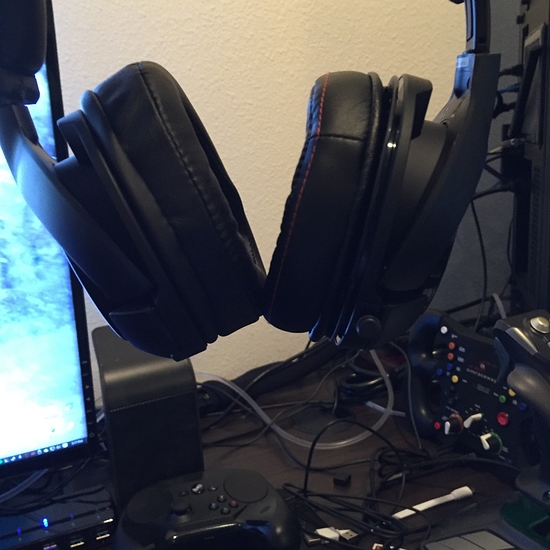 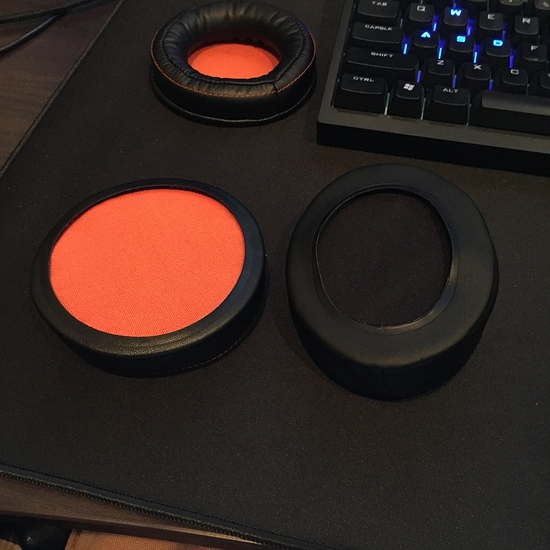 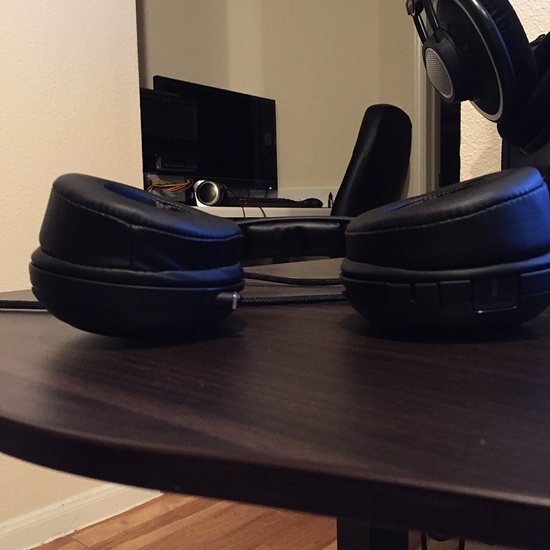 The over all sound quality is fine for gaming and passable for causal music listening I think. They can't compete with my AKG K702's in that regard since they are reference studio headphones and my O2 amp/dac puts out a lot more volume than the 800's do. The 800's at full volume equates to roughly 1/3 the volume with the 702's plugged into the amp. I really expected the 800's to be louder but I guess that would negatively impact battery life. They are loud enough for gaming. I set the volume at about 80%.

I can't say anything about the SteelSeries H, but I can say from experience that Astros are over-rated.

My Sennheiser HD558's ($120) sound better than the Astro A40 with Mixamp Pro ($250) that I used to own. Now, I understand that 558's are headphones and not a gaming headset, but you would think at over double the price the Astros should sound better, but they just don't. Even the directional clarity for the Sennheisers is better, which is really impressive considering that they're stereo and the Astros have the separate mixamp with Dolby 7.1.

I'm talking about overall clarity, not subjective things like too much bass.

I'm not saying they're bad, but they're kinda like the Beats of gaming headsets. They're good, but definitely over-hyped and over-priced.

Also, the padding on them is really thin, both on the ears and the headband, so in my opinion they aren't that comfortable. My ears almost always rubbed up against the insides.

If I had to choose between the two I'd go with SteelSeries.

A lot of people will disagree, but Trittons are absolutely great. I've had two pair and the first (Xbox 720+ 7.1) ran like a champ for three years and would've kept going had I not broken the microphone.

My Kamas that I got as a gift for Christmas two years ago work great, even if the level of surround sound isn't through the roof like my 720+'s were.

Great value for your cash, highly recommend them.

However, my friend has owned a Logitech Gaming headset and a pair of A40s. He likes the A40s better but he sure did like the Logitech ones. I've had a Logitech headset (not a gaming one) but they kind of felt cheap, which is unusual considering their usual high-caliber products.

TL;DR: Love my Trittons and I'd recommend them to anyone, but there are other great options such as Logitech, Astro, and others.

The problem with your analogy is that Beats aren't good; they're worse than the Apple earbud.

Just playing around, not trying to be mean, but Beats by Dre suck.

has anyone tried the h series and the astro a50's?

i really dont like wired headphones more because i like to walk around wearing them, i use mine for everything and never use the speakers on tv or anything unless have guests

I settled on the new Logitech G933 Artemis Spectrum....and oh man, I did not settle by getting these.
The sound from this headset is to my preference of warm tones and punchy but not distorted base. They're 100 dollars less than what I was originally going to buy and I'm so happy with them.

They can use both Dolby and DTS virtual surround sound and the battery lasts 12 hours. You also get Logitech's software where you can customize EQ settings and save it to the headset.