I am wondering why GeForce Now performs more consistently that steam in-home streaming. I have done a lot of tinkering with settings to get performance up but the random lag spikes and frame drops makes Doom (2016) very difficult to play. The screen will stick for about 3 seconds at a time (every 5 or so minutes) the lag I don’t mind so much feels like a round trip of ~150 ms

My stream host PC is wired and the AP is connected to the client over 5 GHz AC only. There is no shortage of bandwidth. The wireless link speed is ~700 Mb/s.

I am considering if jumbo frames will resolve the issue.

likely because Nvidia puts an effort into optimizing their host machines for such a purpose. In-Home streaming just streams the video signal from a user’s desktop.

if you want to host your own cloud gaming setup, you’ll need a purpose-built machine for it.

You realize that WiFi speed alone is not an indicator for connection stability right?

Test with a wired connection for a while to see if it’s the same without potential WiFi issues.

Also play on the Host machine for a while to see if the lags might not even be related to streaming.

What would be the best way to go about doing that. Could I use UnRaid in some way to mitigate these issues whether via a container or a VM?

Adding yet another variable doesn’t make issues any easier to resolve.

Have you tried with a wired connections? Wireless is typically more volitile, inconsistent…

I see your point and will give wired a go but with this setup there really not much of a chance that the wireless is problematic, it’s IP address get’s network priority.

Using Ethernet makes a big difference. The spikes still happen but it’s there and gone in a half second instead of 3

check for CPU and GPU usage on the host then, I assume it’s just dropping frames because it can’t handle the encode.

edit: applying an FPS limiter on the host often helps, and since “unlimited” FPS don’t have any use when encoding 60fps max anyway it doesn’t do much for the gameplay either. 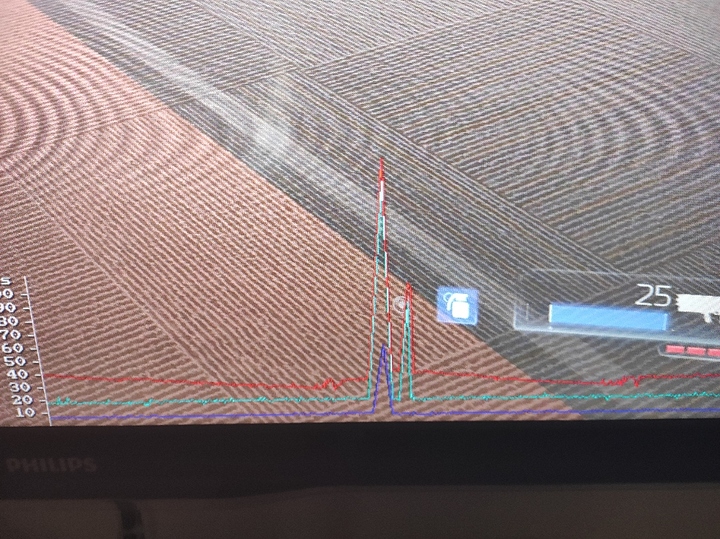 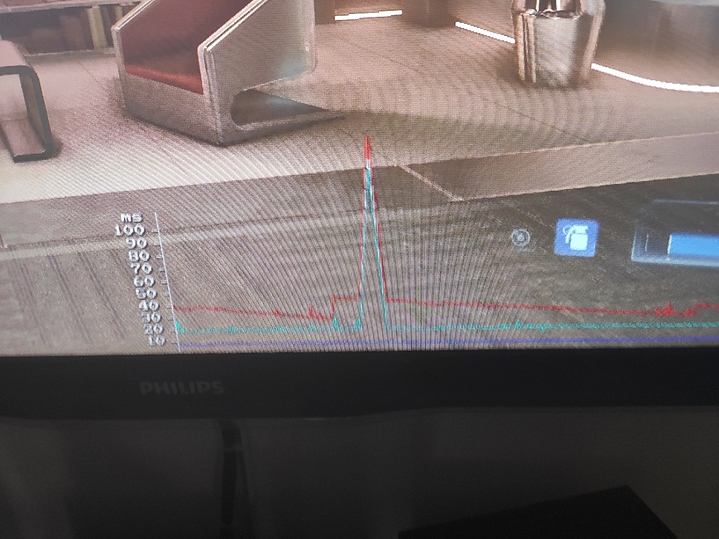 Yeah, I’ll have a look at that.

Uh yeah sure, if playing with 20s delay is OK for you.

You do know what Steam Inhome streaming is, right?

What on earth is your problem. If you haven’t got help to give or anything progressive to add you should probably find your way out of the L1 Forums.

Clearly you have never used the Steam performance overlay. Or maybe you just don’t know how to read a graph at all. It clearly reads milliseconds. A GTX 1060 6GB OC’d to 2.2 GHz should not have perfectly smooth performance and then tangential frame spikes that last for seconds.

Please go waste someone else time! If you’re some sort of meta-troll I’m not impressed.

What on earth is your problem.

That was a response to a post that has been removed by now. So it’s a little bit out of context…

A GTX 1060 6GB OC’d to 2.2 GHz should not have perfectly smooth performance and then tangential frame spikes that last for seconds.

Which is exactly what I’m saying. It’s most likely not a streaming issue, it’s some issue with the actual rendering. That was exactly what my earlier posts were going for. I wanted you to check whether it is an issue on the host while rendering or if it is an encoding issue while streaming. With a frametime graph like that it’s not very likely this is an encoding issue.

Sorry, I didn’t realise. I have fixed the issue or at least worked around it.