But he has told me that his GPU has some issues.
Of course that made me curious and I don't want an unstable GPU in exchange..
And because he's not that technical, the information I received regarding the "issue" is a bit..
Basically higher graphics settings and the card would "crash".

So here I am with the card in my system and I've just quickly checked that there's no temperature issues.
The card was a bit dusty but not much, the card has been in active use for 3½ years so I was slightly impressed how little dust there was. Well I built his computer after all and made sure it had a filtered intake and slightly positive pressure so..
(I didn't clean the card, I wanted to see what the current condition is in regard to temperatures and such so I'll be cleaning it a little later)
The card idles in the mid 30's after boot and load temperatures (Unigine Heaven) hover in the high 60's. So that's not the issue.

So, I do know a plethora of different test software but what are your guys and gals take on software to use?
What's a good testing software that's not synthetic and is suitable for overnight testing to see if the card is stable?
Something that for example has varied levels of load and stuff and whatnot.

Some game perhaps with a built in benchmark AND ability to loop it?
Here's my Steam library https://steamdb.info/calculator/76561198011554788/?cc=us if there's something usable.
Other software I have access to that is worth mentioning:
3DMark Advanced, PCMark 8 Pro, AIDA64 Engineer.

My friend has been playing AC:Rogue and Rise of the Tomb Raider lately.

Did you find any info? 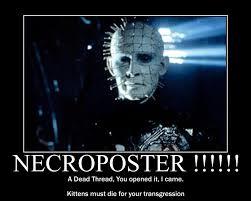 So tell me why have a search function if not to find threads that interest me? Does it matter how old a thread is if it contains, or could contain, pertinent information?