Looking for advice on core speed vs. count for pfsense. I have an 1150 board and am looking at these two CPUs:

I'm leaning towards the xeon. I don't think 1.1 GHz would be an issue…? it has the AES instructions as well. i might have just answered my own question. thanks, all!

The pentium doesn't have AES-NI, which PfSense just anounced yesterday will be a requirement in 2.5. 2.4 (the latest release which will run on non-AES-NI CPU's) will be unsupported in about 2 years. We discussed this a bit in this other thread.

I fully agree. While I don't understand why exactly, I am happy they announce it way in advance. The pfSense team have basically said that they have this and a lot more up their sleeve, but won't explain why at this moment. However, I guess since all the heat from the community, the guy I linked to, the husband of the CEO, had to step up and explain in more detail. 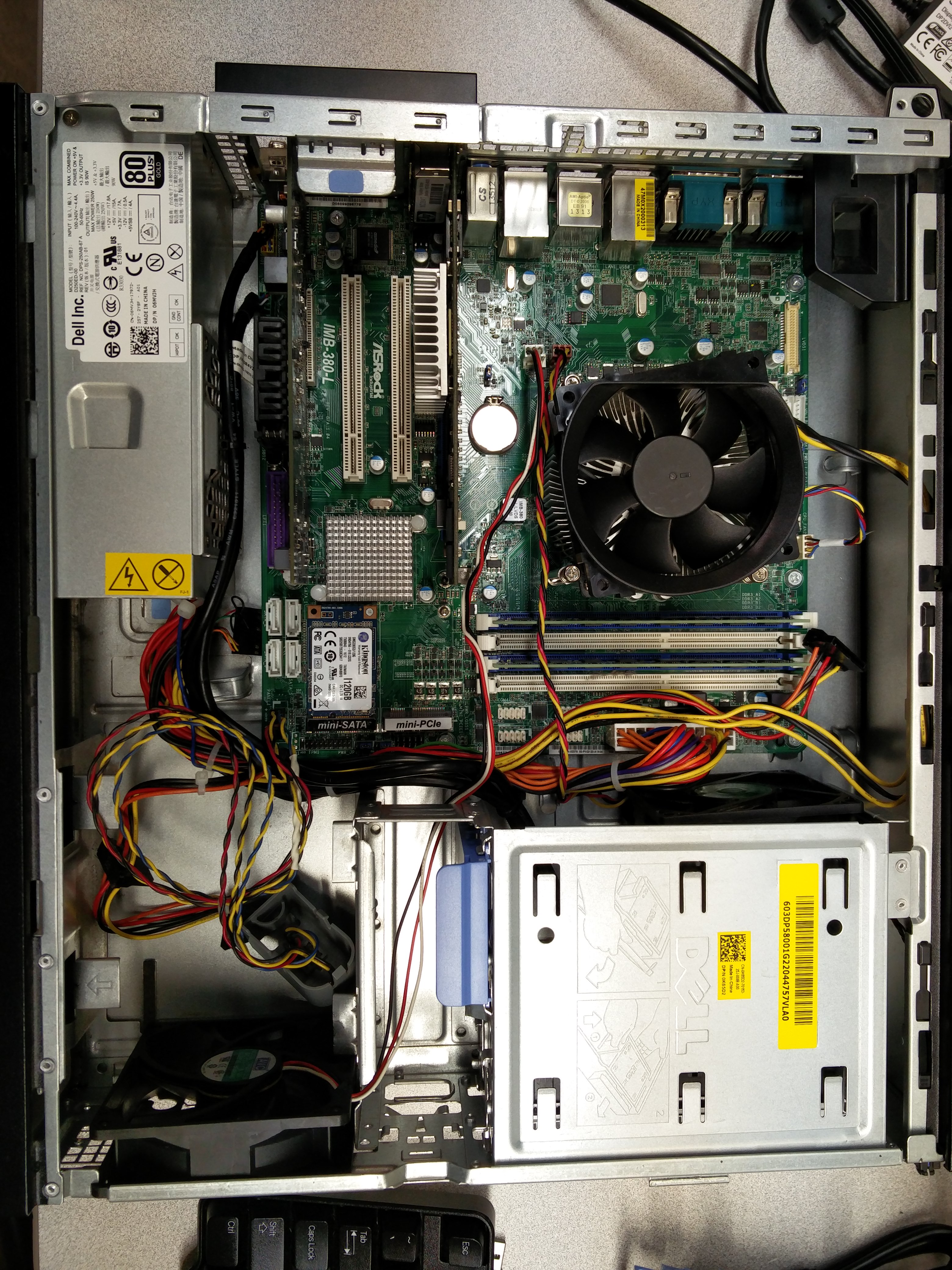 I'm using a Dell Opteron 3010 case and PSU, which is just a nice form factor (and was my router until recently). Most of the actual components were in my main rig before I upgraded. The board is an AsRock IMB-380-L, which is a neat little board with dual nics. It's kept two sticks of ram for a total of 16GB.

You might have noticed this thing down in the corner: 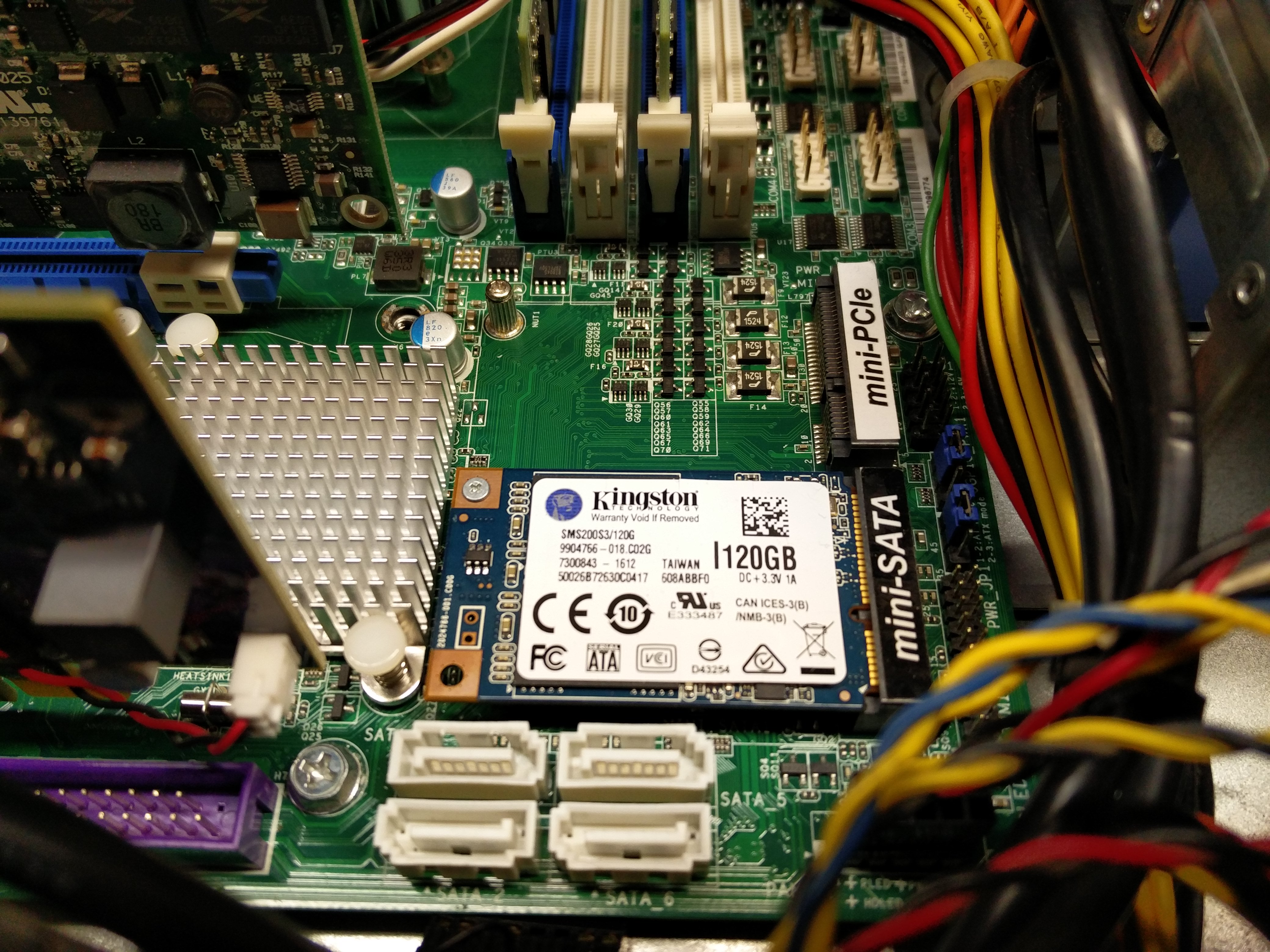 I don't have anything else with a mini-sata slot, so it could stay here. I plan to do caching on this machine, but I also already have a 500GB HDD set aside for this. It makes a nice boot device, but (being a router) I don't expect this to be booting all that often. I may even boot from a USB stick (there's an internal USB slot on the board, too).

Are there other pfSense applications/plugins that could make use of a nice, fast drive?

Whats the power consumption like at idle and full bore?

dunno as of right now. i have a few hardware things to work out, and I haven't decided if I'm going to install to disk or usb. I've turned it on and messed around a little bit, but nothing's really ready to go yet. I'll get numbers once it is. The CPU has a 13 watt TDP, so it ought to be pretty nice

I guess "power" would be another good argument for dropping the spinning rust in favor of the ssd.