Sooooo, I’ve suffered this phone for around 2 years now, needs must as I had to invest money in real things instead (construction). It was a bit slow when I bought it, but it’s gotten worse. I would factory reset, but after all that hassle you know there’s a chance it just might be knackered or the OS is not updating very often. I’ve done the Developer mode to reduce what’s happening (animation off, etc.) and run the maintenance thing, but to no avail

Time for a change, I’ve been looking at One Plus, and the Google phone (Pixel?)…there were moments when I thought of…an…i…Phone

3.5mm headphone jack would be nice

A dual SIM - but do see below.

What I use it for:

A separate but possibly connected thingy

I don’t like WhatsApp, from a security and privacy point of view. I have the numbers of 1000’s of past clients (in Google Contacts) and I don’t wish to have it pop up on their phone and say “Chris is online!!!”. Equally I don’t want to go through 1000’s of contacts and delete those that are inactive and never to be seen again…and saying that, people tend to come back to me sometimes 7 years later. I don’t even want to muddle through settings to ensure it’s not there - equally I don’t want WhatsApp to have access to my entire contacts database.

I thought of solutions for this:

I would then move “whatsapp” contacts to the correct phone list and avoid the app scanning my other contacts and letting them know I’m a pleb (British for “d**k” I guess). I have tried to encourage the use of Signal, even have it on my website, but uptake is poor when it comes to non-techs…oddly the wealthier / political / non-domestic clients don’t mind so much.

Anyway, all feedback very welcome and thank you all again for being a superb community full of helpful people

Now be in awe of my POS. 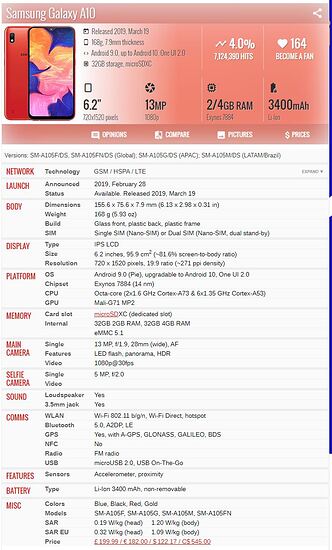 One handy thing is that I have a spare sim on a monthly contract already…my dad is disabled so I have a mobile number tied to his alexa. He can then call me in an emergency and most of the time I can be with him in 5mins.

You could set up a second user profile in Android.
It will not share any data with your first one, has separate settings and accounts etc…
Plus, depending on your phone it should be possible to give each one access to one of your SIMs

Be warned though to use the user profile option from Android, not the different options like “Work Profile” which Samsung etc. have created themselves. Those are much less secure and don’t separate things well.

Edit to add something:
I would recommend you to get a Google Pixel that supports Dual SIM (possibly via eSIM) as you’ll have best software update support and availability of Custom ROMs.
If you’re serious about security I recommend flashing GrapheneOS which will give you a phone without proprietary spyware services and then setup a second profile in which you install Facebook and Google stuff with their Isolated G-Services implementation.

I’ll take your concern about user profiles and avoid those.

I did have a look into GrapheneOS, looks very good but it may cause some issues with the regular methods of doing stuff that I have - but thank you for the intro!

So far as security is concerned, I just want to ensure I can protect my contacts and have moderate levels of security.

I’ve looked into Google Pixel’s though, quite tricky to get one within my price range - though the Pixel 5 is looking promising. Cheapest I can find is £390 / $528.

Unless anyone else chimes in, I’m going in that direction I reckon, thanks again!

I’ll take your concern about user profiles and avoid those.

You might have written that wrong or understood me wrong.
I meant to recommend you to use Plain Android User Profiles and avoid stuff like “Work Profile” what Samsung and the like will do.

Thank you for the follow up, I should have been more specific - if I was staying with Samsung, I would avoid them, that’s what I meant. I will look into user profiles though - sounds a bit like it puts the profiles in a VM/Container kinda way?

But thanks for the correction!

I had the A7 since launch in 2018 and man the Iphone 11 Pro i upgraded to was night and day, when i even try using the old a7 now it feels ancient and so damn slow.

It’s quite painful isn’t it. A friends got an iPhone and was round their house the other day. Needed to search for something and went for their phone cos I couldn’t be bothered to wait for my phone to wake up and work!

I’m glad you understand my pain

Thought I would do a “what I’m suffering” video, I’ll be curious to know other peoples experiences. I would have used Chrome, but thought I’d give it a chance with an app that I rarely use. 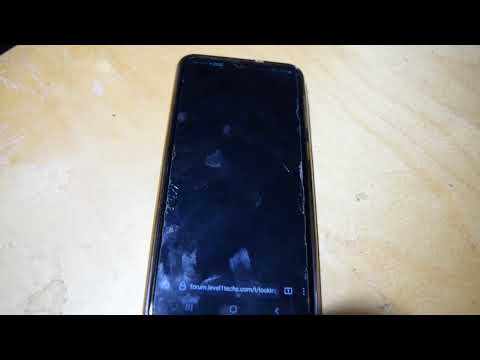 Ill try find my old A7, and try out chrome curious to see if its as slow.
( not sure where it even went, one day was being used as an IP cam from my attic window, the next gone)

Cheers, I’d be curious. Although as time goes by, I just need a new phone, still looking at the Google Pixel recommended by @felixthecat

Samsung’s M52 is a pretty good phone, is basically an A52s without the headphone jack but with “real” fingerprint scanner. I have an A52s, and while it can bog a bit on certain apps (looking at you tado), it’s perfectly usable and has epic battery life. I previously had a S20 FE.

Thank you for that, I did press the button shortly after typing, I got so sick of waiting for 30 seconds for a thing to happen on it!

It’s so fast compared to my old phone, when I press something, it actually happens almost immediately. Thanks again for the recommendation

I’m happy that it worked out for you!

It doesn’t have a MicroSD slot, but that’s really not a problem.

When I first saw it, I thought, “Oh no, no fingerprint reader, what have I done!!!”.

…then I looked on the back

It is super quick to read as well, literally like pressing a button and instantly unlocks.

The camera is super fast and has some funky features. When I went to take a pic with my old phone, of the new phone - it took around 20 seconds for it to take the picture! 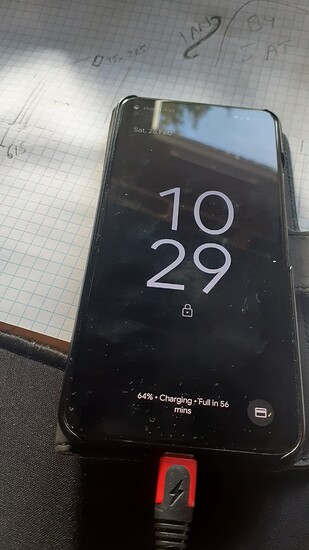