[SOLVED] ASUS Pro WS X570-ACE - Any reason why it doesn't POST with the only GPU in the chipset PCIe x1 slot? [*Yes, the GPU needed more power]

I’m currently testing the capabilities of the ASUS Pro WS X570-ACE with the latest UEFI 1201.

Since GPU performance is absolutely not relevant I want to install the only GPU of the system in the PCIe x1 slot that is open towards the front so you can also install x16 AICs in it.

But when I install a test GPU in it (Quadro P2000) it the motherboard won’t POST. The three large PCIe slots work just fine with a GPU.

Tested a CMOS reset, no help.

Is there any “real” reason why the X1 slot cannot be used for the only GPU of the system? The GPU doesn’t have much power needs (TDP 75 W, no additional power connectors). There is no other device installed on the motherboard.

Thanks for the assistance!

Could resolve the issue myself:

It in fact was an issue with power delivery: I used one of these powered PCIe-x1-to-x16 risers with a 6-pin PCIe power connector and with this I can use the chipset PCIe x1 slot for the GPU.

Sadly even with UEFI 1201 with AGESA 1004 B this motherboard doesn’t have the “Eco Mode” option in the “AMD Overclocking” menu (I couldn’t find it anywhere else).

There is also this 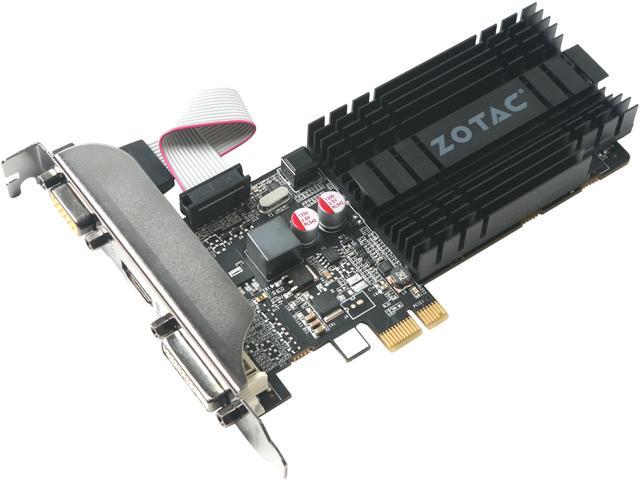 Will make some photos and then report back.

I saw that Zotac card but I didn’t like purchasing such an outdated GPU generation, additionally I don’t like NVIDIA since they are actively throwing shade at consumer users experimenting with VMs with their driver blocking.

I currently plan to get a low-profile AMD card, keep the low-profile bracket, tightly screw it into the full-height slot so that it is “above” the PCIe x1 slot and bridge the gap with the mentioned powered PCIe-x1-to-x16 riser.

Any news on an entry-level low-profile Navi GPU?

Startech has a x16 to x1 riser with dimensions that raises a low-profile bracket to full height. I guess you have to cut a notch for the high-profile bracket screw location in the bracket of the card you add. I wish Startech would include the same lower bracket retention piece that comes with their PCIe to PCI low-profile adapter. 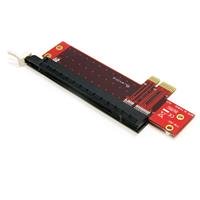 Since I don’t see any additional power connectors on the linked StarTech riser I guess I would be in the same situation as I had been before with the motherboard not POSTing due to not enough power delivery to the PCIe x1 slot.

This is the model of separately powered riser I’m using right now: 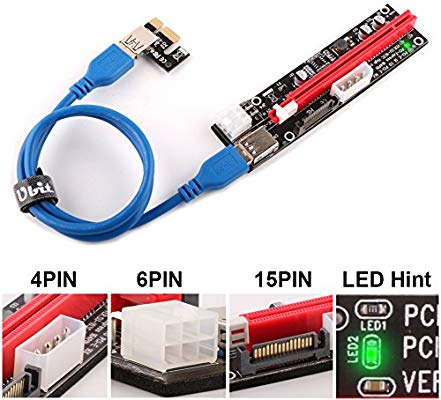 I never used these risers before but from the product photos my gut told me that these should be properly designed and I like it that I can freely choose between Molex, SATA and 6-Pin-PCIe power connectors.

Also working with a Radeon VII (the biggest TDP GPU I have on hand), so any other low-profile one should be fine.

All PCIe slot power is on that first 11 contact pair section of the PCIe connector. The motherboard might not recognize the card because the motherboard is expecting PRSNT1#(pin A1) to connect to PRSNT2#(pin B17) via the plugged in card. But, on a x16 GPU PRSNT#2 is brought out on pin B81 so its presence is never detected.

I am guessing that the powered riser x16 connector you have connects together B17, B31, B48 and B81. Do you have an ohm meter to confirm that?

I have a Fluke 117 (although as a normie I’ve never poked around PCIe connectors, only for mere voltage checking where I want to have some trust regarding the displayed results).

I understand your comment, but something itches at the back of my head:

The allowed PCIe x16 slot power in total is 75 W and the maximum slot power for PCIe x1 is 25 W (according to the linked Wikipedia article).

Why are PCIe x1 AICs only allowed to draw up to 25 W if all power goes through the first 11 contact pairs anyway?

I’m a little worried that if I use an “unpowered” adapter that “tricks” the PCIe x1 slot into giving more than 25 W (if it’s not capped by the UEFI) it might cause issues for the motherboard’s power plane - or is this concern unfounded and only popped into my mind since I’m a layman?

I have read the PCIe electrical spec but have not designed a card. From reading the spec, the power limits are for the card designer to adhere to and a card’s power class is identified in firmware. But, again, I have not designed PCIe stuff.

Disconnect that riser before checking continuity on those riser contacts.

Should be able to test it on the weekend, can’t shut down the test system at the moment.