Hello sir/madam,
I have this error that I have 2 backgrounds on my webpage after adding a piece of code:

and the end result is: 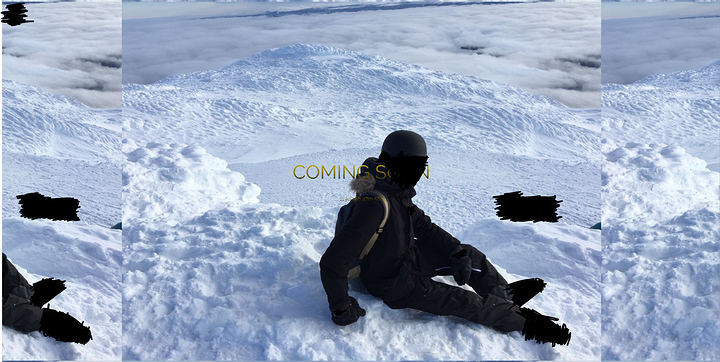 Goal: Wallpaper with the person on it should cover the screen 100%, no repeat no border.

Solved: There was a misspelling in the code.

Hey, thanks for responding.

Been working with js for 2 years

Well you’re still using var. So you have a leaking scope. Should use const or let.

Also, you’re wasting a lot. There’s no need to manually get the days, hours, minutes, etc. That’s all build into the Date object.

I suggest you look at the prototypes.

Creates a JavaScript Date instance that represents a single moment in time. Date objects are based on a time value that is the number of milliseconds since 1 January 1970 UTC.

Also, when I go to your webpage it is rendering just fine with yellow borders on the side. And in the source I see it is using the no repeat option that @mihawk90 suggested.

But that not what I wanted in the beginning, it should be the image as full screen, this gradient came from making the text: comingsoon gradient.

Is you want a full-screen background you can use background-size: cover;. You also didn’t specify what exactly it is that you are trying to accomplish, so it’s a little hard to help you out there

To have the wallpaper, the image with the personas the background image, 100% of the screen. I had that before something happened.

I had this if you noticed

I had this if you noticed

I’ll check when I get home, can’t inspect on mobile.

Edit: I fixed it

Other then that you should always check what the inspector is saying, the source code might say very different things sometimes.

But my countdown doesn’t work

If the JavaScript isn’t executing properly there should be some messages in the developer console of the inspector.

nothing in the console

Can’t really see anything on first sight, would need ti check at home. Just make sure your JavaScript selectors are executed properly, i.e. they don’t return empty elements or whatever.

Other then that I can’t say much at the moment.

/edit:
This might be a rendering issue on mobile, but in your script file it appears as though the line where it is supposed to write the date string into the element is missing a line break before it, so it’s actually commented out. 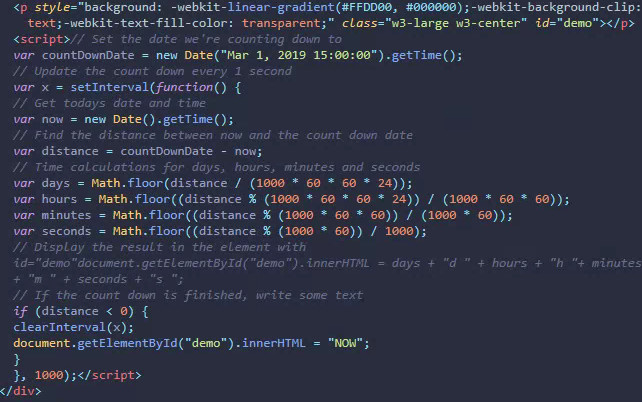 Yeah exactly, there’s a linebreak missing in that comment

yeye, I saw that, now I got an error in the console 44: uncaught syntaxerror: unexpected identifier 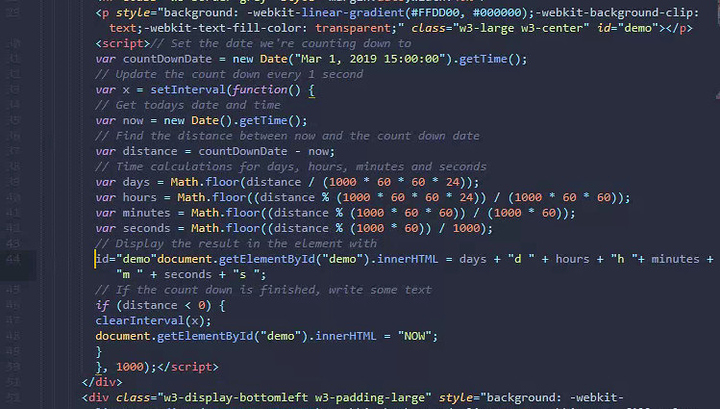 You were supposed to make the line break after "demo", since that’s still part of the comment

Okay, everything is fine now, thank you. I invite you to nxtgc.ddns.net/cred.html msg me if you accept the invitation.