Skelterz' Cosplay Project? [Just Do It!]

Well not exactly what I had initially planned for my [Just Do It!] project but i just felt like doing it on a whim. I have absolutely no experience in costume making, my highest effort holloween costume was putting on a beat up jacket and gloves and telling people i was a hobo (elementary school). So with CRX (Crunchyroll Expo) less than a month away I started this Project.

Being king weeb (self proclaimed) around these parts it’s obviously going to be an anime cosplay, the source will be Youjo Senki (Saga of Tanya the Evil) 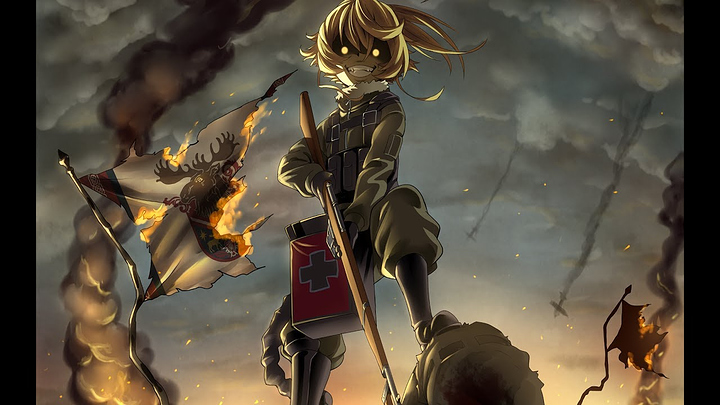 Being too old, fat and male to cosplay a Teutonic loli magical girl I’ll for a standard Imperial Mage cosplay 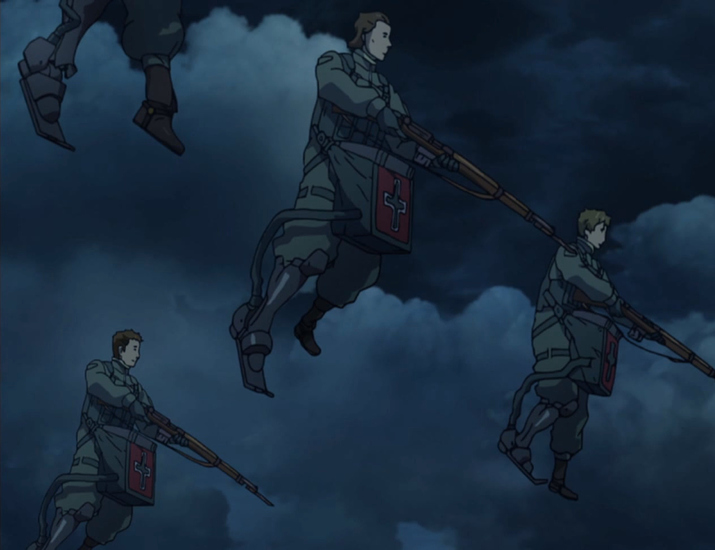 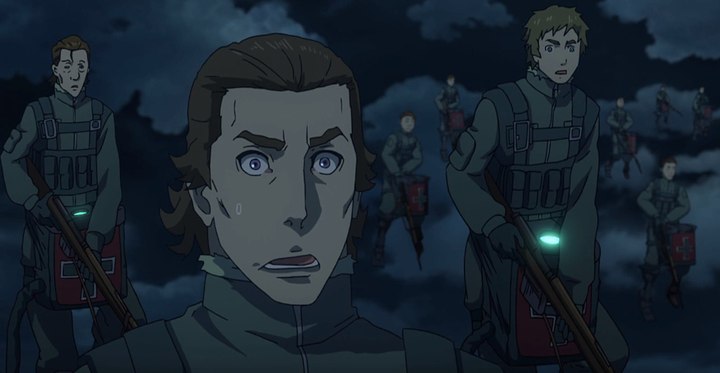 CRX is Friday, August 30th so that is my deadline, come hell or high water.

I was able to source most of what i needed pretty quickly by picking up a Bundeswehr mechanic’s coveralls and el cheapo chest rig from Varusteleka (Finnish Surplus store). The rest was picked up at a local surplus store and amazon. 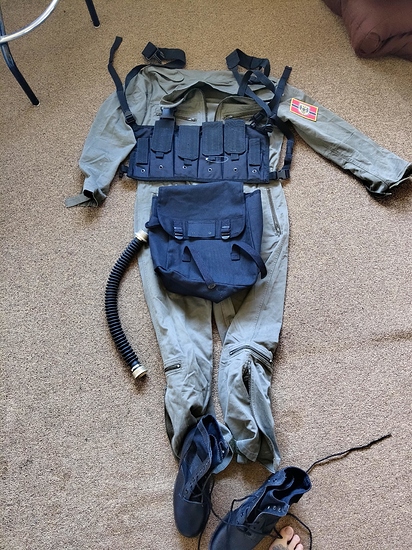 Since i want to mount some stuff inside the bag and so it looks like it serves a purpose I want it filled out, so i made box out of acrylic and learned to plastic weld while i was at it

setting up and tacking everything in place, the welding tool is basically a soldering iron with an air hose attached to it if you’ve never seen one. 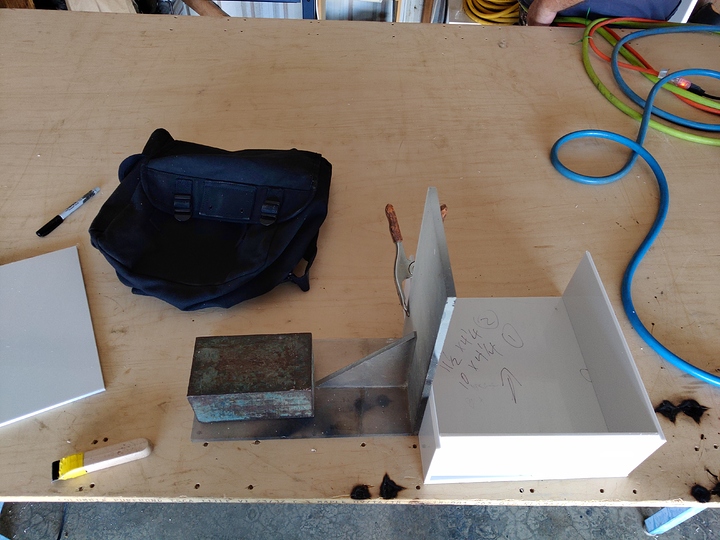 Some practice welds and real ones 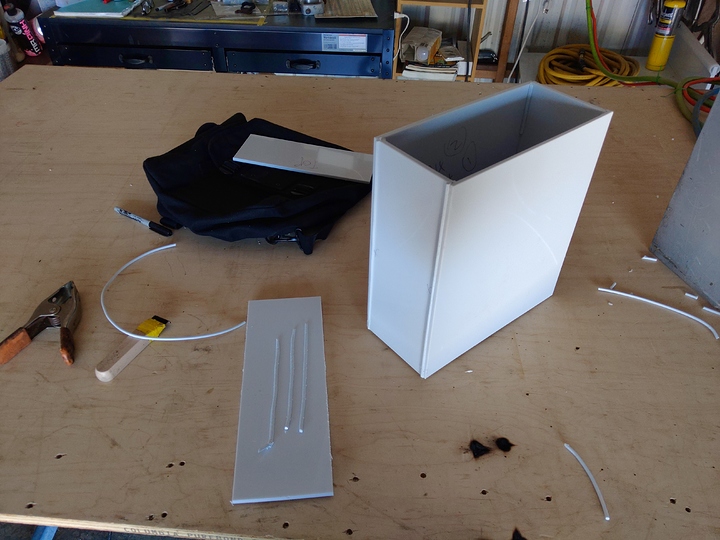 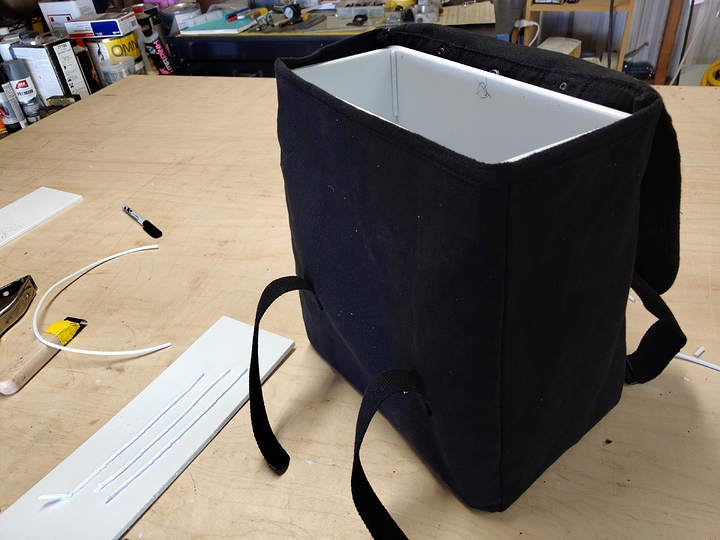 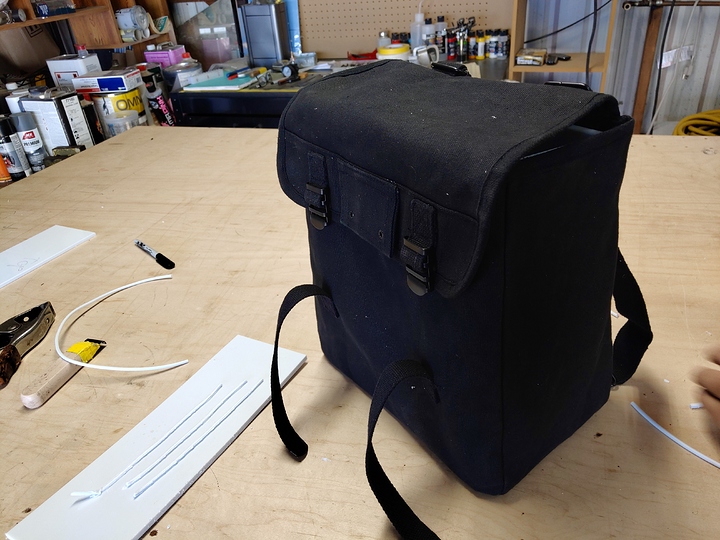 What is left to do on the bag is attaching the lid to the top to keep it from falling in and mounting some lighting as well as reverse the orientation of the straps.

So far i’m thinking of EL wire, i was initially thinking of fiber optic lighting cable and a laser but it was getting too complicated and expensive so i decided on EL wire while writing this up. The top of the bag will also need a lit gem, we’ll see how this goes.

Looks like fun, I enjoyed the plastic welding tutorial as well.

Thanks, it was too loud and I’m too lazy to attempt any sort of proper tutorial. I’ll usually link whatever youtube video i use to learn whatever i’m doing but my father was teaching me while i was doing this.

Cool, I’ve never cosplayed but this makes me realize that it might be fun to make the costume itself.

Side note, I’m not sure why loli magical girl wasn’t your first choice! Kidding. Lets just hope that anyone that does happen to cosplay her does not share her personality…

Being to old, fat and male to cosplay a Teutonic loli magical girl 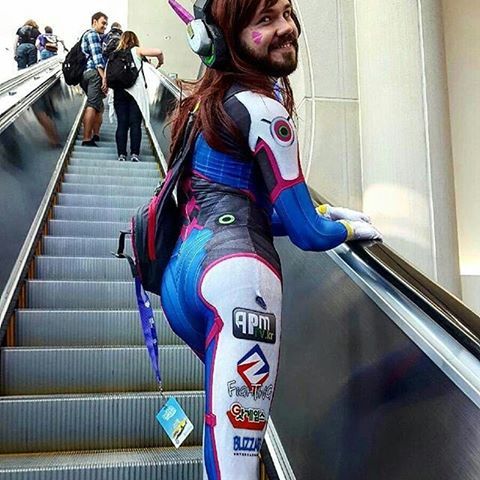 Woo, Haven’t done anything but get the Kydex and a few odds and ends, now is the time to watch all the cosplay tutorial videos, if anyone has any recommendations that would be awesome.

particularly leg armor tutorials as i only need to do one leg.

What material are you planning to use for the leg armor?

So the Expo has came and went while I did not Complete this cosplay i still went with it incomplete. 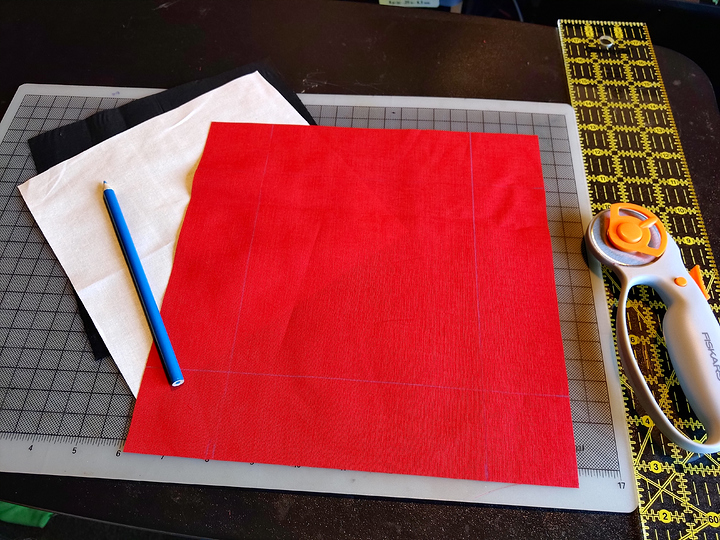 I had planned to have this made but time constraints meant i had to do this as quickly as possible so i put this together with spray glue which turned out to be a bad idea, I’ll explain in postmortem 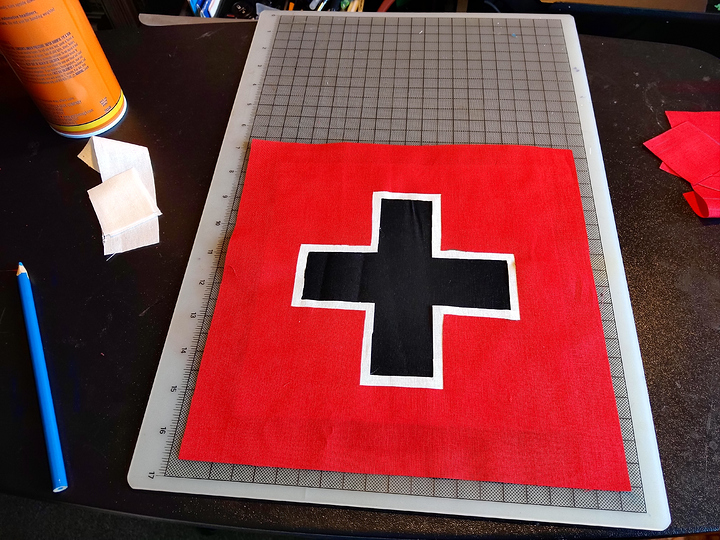 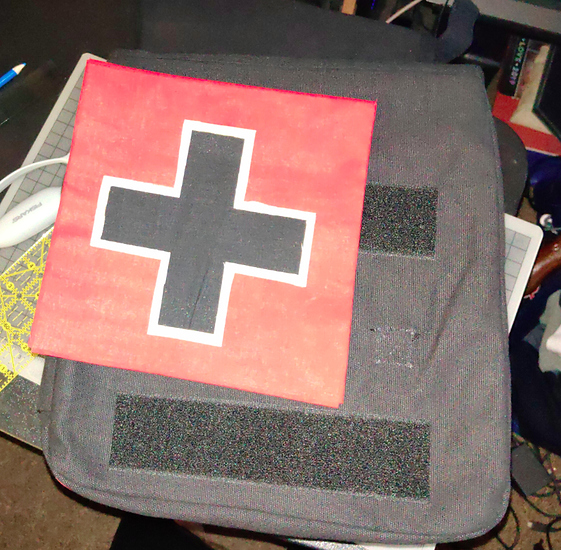 As with the last post, my plans were derailed by a crushing on call work week where i had no time to do anything else and the following with no motivation to do anything but sleep and recover.

I decided i needed to reach a minimum level to wear this to the expo so Friday night after the first day of Crunchyroll Expo I had the lighting effects for the “Computational Jewel” to get done for this to be passable in my mind.

I couldn’t get any LEDs or resistors locally so i chose to use the EL wire i bought for the leg armor part of the costume and copious amounts of hot glue.

The Jewel itself is a resin paperweight magnifier which is really cool and gave me some ideas for refining this cosplay. I wrapped the EL wire like that to try an get a glow effect at the edges of the lid but this was not the case. 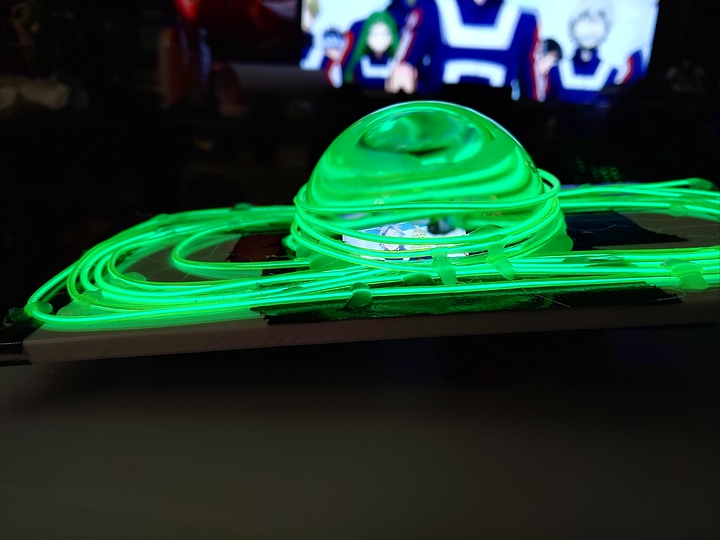 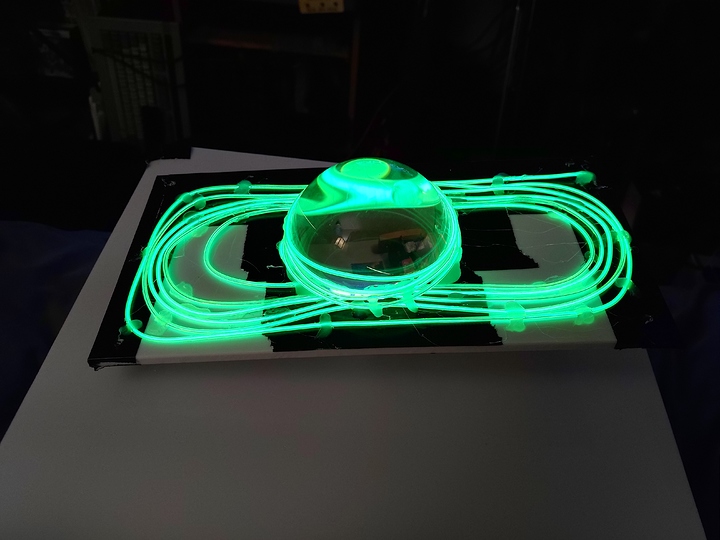 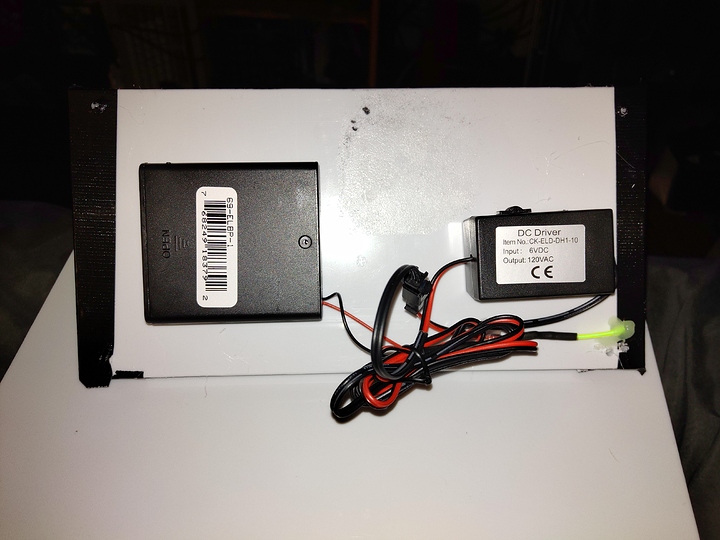 doesn’t look too bad from off angles, this was attached with leather rivets (another bad idea) 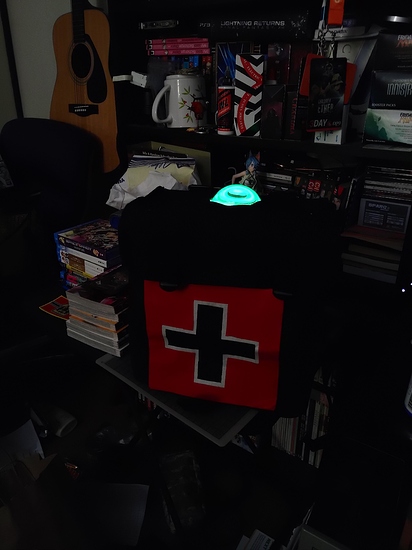 This was truly a terrible idea, it held just fine but after wandering around with this thing for a few hours the un-padded shoulder straps of the chest rig were just killing me. I ended up tossing the chest ring in the bag and stuffing the whole thing my backpack.

I just put some grommets on the backside of the chest rig and used the existing clips to hand the bag albeit with much shorter straps. 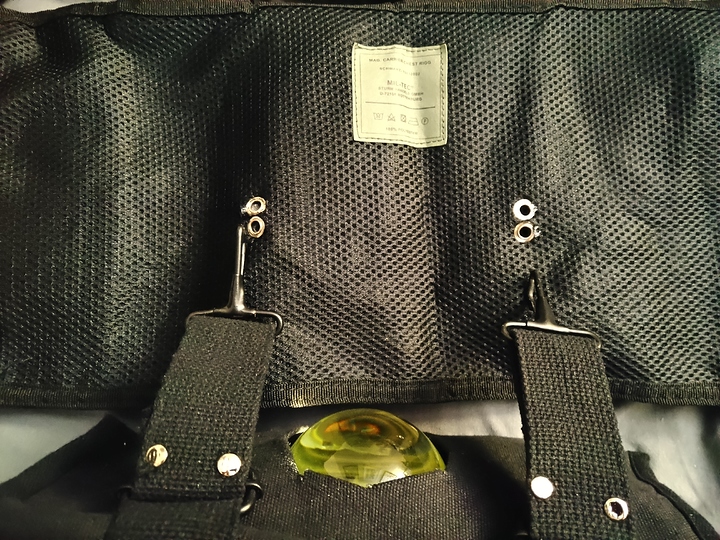 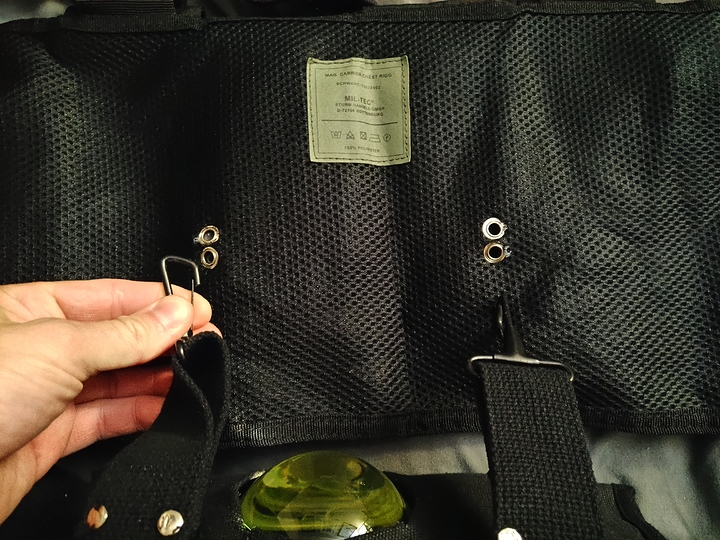 I had a blast, no one called me a fascist and there were no issues from staff except for some confusion going through bag check (probably should have went through prop check lol). I got quite a few compliments and even a few asking for pictures which i obliged of course.

Where Everything Went Wront:

Time management, I decided i was going to do this cosplay with just about a month until the con and my costume making experience is almost zero (the last time i “made” a costume was elementary school where i wore one of my father’s beat up jackets and told people i was a hobo).

Choosing kydex thermoplastic for the leg armor was not the best idea, especially at 1/8" thick, since most cosplay armor is made of pvc foam but for the end result i want i still think it is superior. Without patterns or molds working the kydex is a massive pain in the ass, i roughly shaped the main shin piece but never got any further as just didn’t know what to do next or even how to attach this mess to the costume. In the end I decided to go without the leg armor as i just didn’t have the time to figure it all out from zero.

Hopes for the Future

First, I plan on completing the leg armor and without any con as the goal i want to take it slow and do it right since it and the bag would really be the highlight of the cosplay. The bag and how it is attached will totally need to be redone, it’s too heavy with the insert being made of 1/4" plastic and having it attach to the chest rig causes shoulder strain and distorts the costume. The lighting as well was sub par and will need a complete overhaul with something to diffuse the light.