Due to a lack of available slots, I need a (hopefully inexpensive) single slot Nvidia GPU suitable for use as a Looking Glass host. The ‘guest’ GPU is a Vega 56 in a Windows 10 VM on an X370 system. Any suggestions?

If it must be a single slot Nvidia GPU then your best bet would be used LP workstation cards.

Here is a link of a bunch of single-slot cards. You’ll have to peruse ebay though to find the right deal. 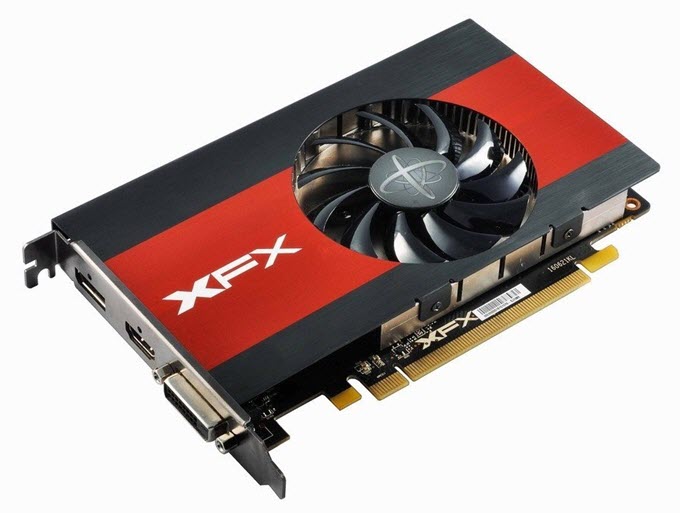 Top Single Slot Graphics Cards from Nvidia and AMD for Gaming and Graphics Work. These Single Slot Video Cards are slim and occupy only a single slot on your motherboard or PC case. These single slot GPUs come with a slim heatsink and fan combination...

I got the same problem, although only temporary, so I won’t buy a Katana (awesome card, but good luck getting one) for that. I really like the GT 1030, but it doesn’t have hardware encoding. But TDP+passive models available make these really attractive.

Getting low-end cards atm is really a problem. I’d rather get an Intel Xe DG1, but these aren’t available for DIY. And basically all other cards in the linked article are hard to get.

You may have better compatibility with something like a RX 550, which is shown from XFX in that article. (Proprietary Nvidia drivers are kinda funky with EGL/GLES)

If you use Nouveau, don’t get anything newer than the 700 series, so the GT 740 GDDR5 would be a good Nouveau based card.

Digging through my scrap heap I found a Quadro FX 1700 and Quadro FX 3800. But…they’re ancient. Would either of them work with Looking Glass? We’re talking pre-Fermi hardware here. I think the FX 3800 is roughly equivalent to a GTX 260 (not a typo and definitely not a 2060.)

I’m trying to avoid amdgpu if possible because it’s a greedy bastard. It likes to snarf up GPUs even when vfio has already been told to hang onto a video card.

If you use Nouveau, don’t get anything newer than the 700 series, so the GT 740 GDDR5 would be a good Nouveau based card

You must be on debian stable or CentOS 6.

Nouveau doesn’t have the same performance as proprietary, but it works just fine for gpus up to Turing. I can’t speak for Ampere.

You can softdep vfio to allow you to pass through without outright blacklisting.

I’m trying to avoid amdgpu if possible because it’s a greedy bastard. It likes to snarf up GPUs even when vfio has already been told to hang onto a video card.

This is definitely not a thing, I’ve run with 2 AMD cards with either/or passed into VM’s, you end up having to specify the PCI ID of the card you want the VFIO driver bound to. But there’s no Snarfing of any kind happening.

I didn’t know “softdep” was even a thing. Adding a softdep option to /etc/modprobe.d/vfio.conf did indeed prevent amdgpu from ‘snarfing’ up the Vega.

I had almost forgotten just how freaking expensive GPUs are these days. In the meantime I’ve slotted in a dual slot Gigabyte GTX 1050 Ti in my primary GPU slot. This does leave one slot open between the Vega and the Nvidia card. I had wanted to put in an Intel NIC card, but I’m afraid the restricted airflow would make the top card (i.e. the 1050 Ti) overheat. Is my fear groundless, or should I perhaps buy as small a NIC as I can manage?

For those who are curious about how this works, add this to your modprobe.d:

I was away from my pc when I wrote that post above, so I figured I’d make this a more complete answer.

but I’m afraid the restricted airflow would make the top card (i.e. the 1050 Ti) overheat.

1050 ti is a low power card. If you’re not running it hard, you’ll be fine. I had a 1060 partially blocked by a USB controller when I was running my threadripper system, it was fine.

I would still recommend the 700 series if you’re prepared to use Nouveau. If you are insisting on Nvidia Proprietary drivers, 1050 Ti would work because it has NVENC. Otherwise you gotta look at a 1650 Super for better NVENC.

@FurryJackman IIRC per @gnif Nouveau isn’t so hot at handling Looking Glass. And I already have the proprietary drivers installed and operational. I’ve always found uninstalling them and reverting to nouveau to be a colossal pain.

Okay, then the 1050 Ti is the logical choice. If you get lucky and get a 1650 Super, that can work too. Since you put importance on NVENC, I personally would try for a 1650 Super.

@FurryJackman Is the Turing NVENC encoder really that much better? Does it impact Looking Glass performance at all? Looks like 1650s are going for US$350 or so, which isn’t chump change. OTOH, my 1050 Ti is ‘free’ in the sense that I bought and paid for it a while back.

Yes. EposVox says the Turing encoder is MILES better than all other NVENC versions. It gets better if you plan to encode HEVC/H265, it’s industry leading for H265 encoding.