Show off your CHIA mining rigs!

I’ll go ahead and start us off by setting the bar very low with my wfh pc and an old pc that I had sitting in a closet.

My work PC, doing the bulk of the plotting currently: 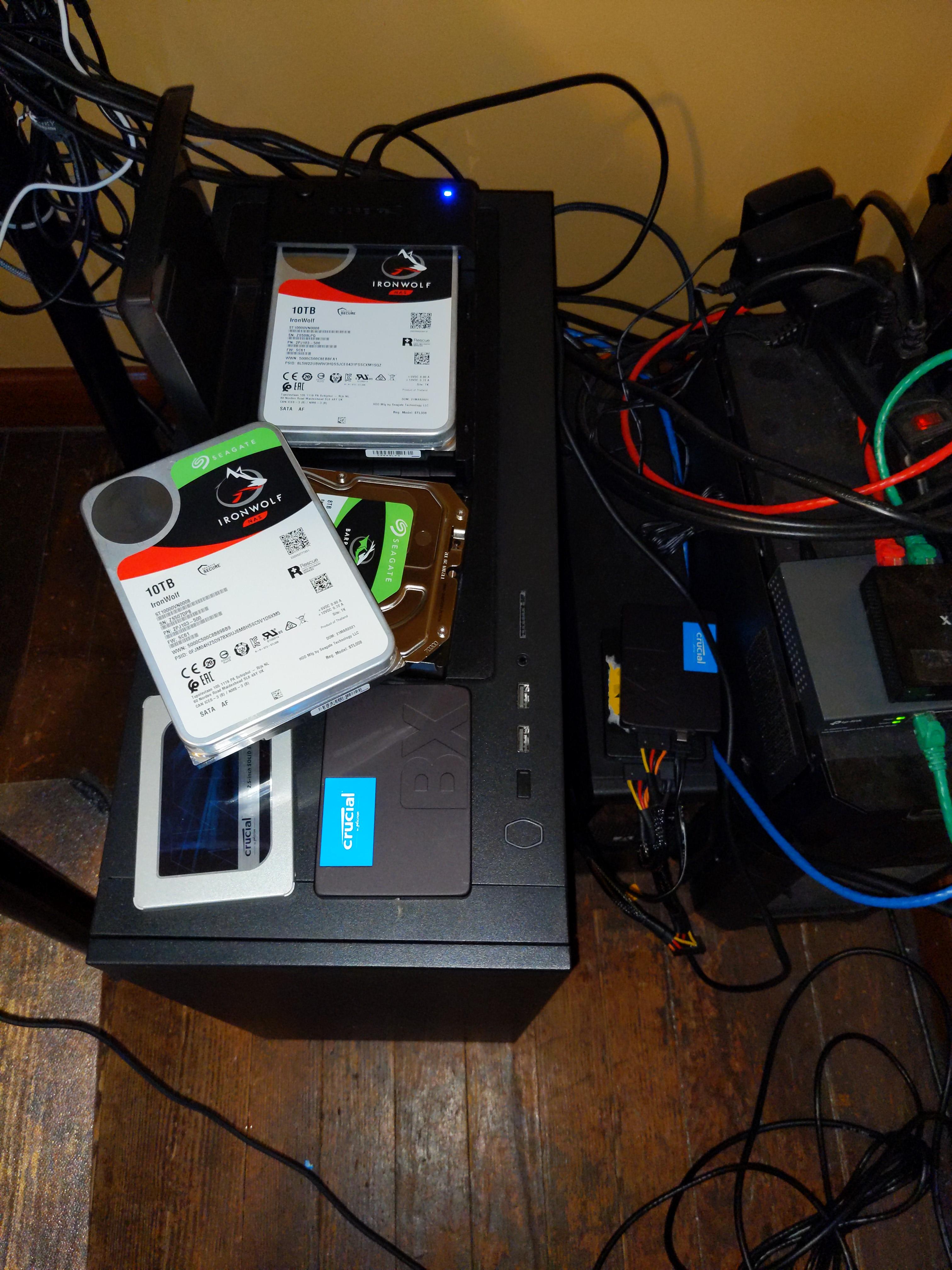 Not all of these are plugged in yet, the ones in the picture that aren’t plugged in are in need of SATA cables that are in a box that I am procrastinating finding…

The dedicated Chia farm PC, which is old but gold to me: 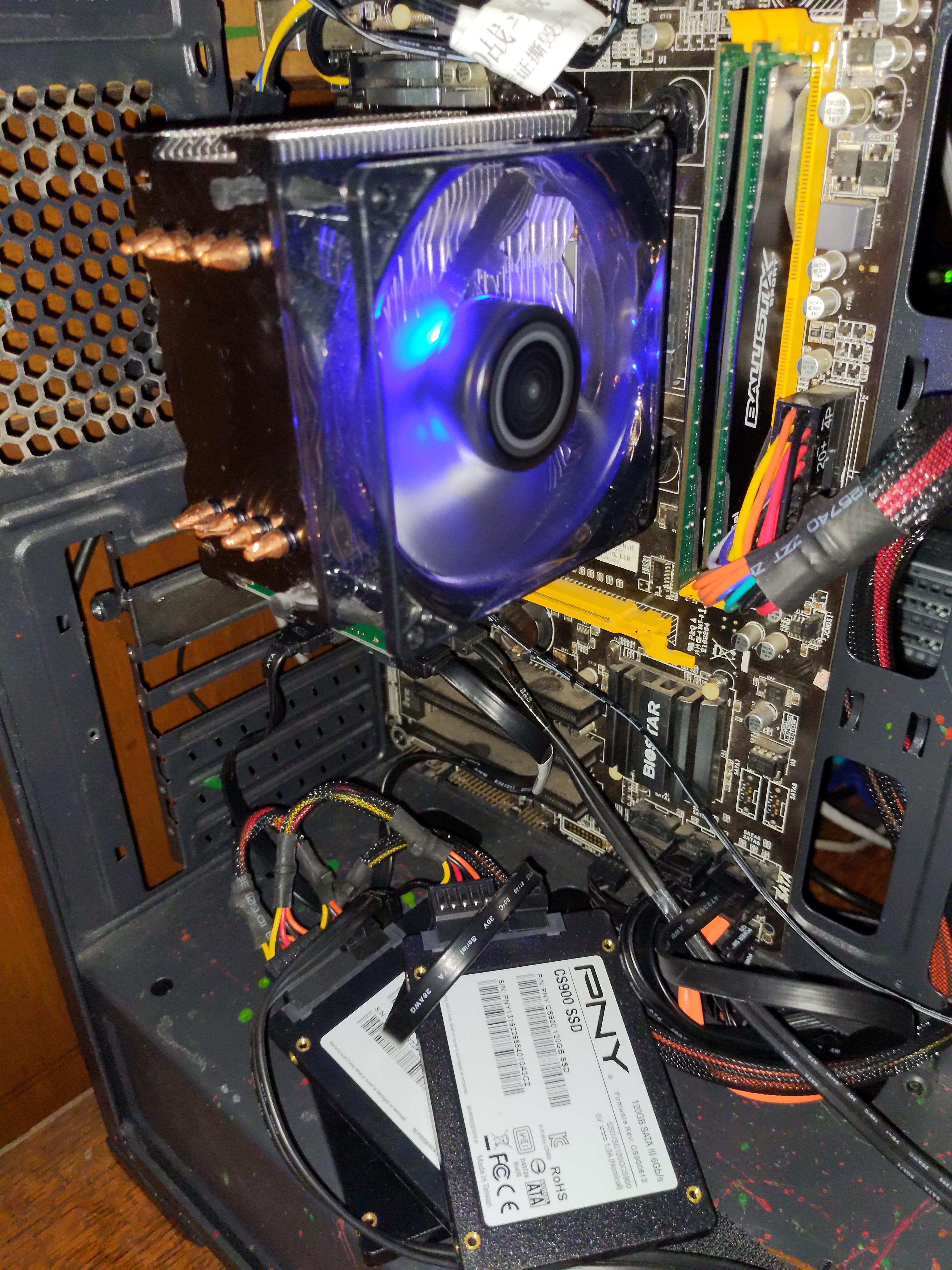 And here is a little extra cringe, just in case the image above didn’t provide enough: 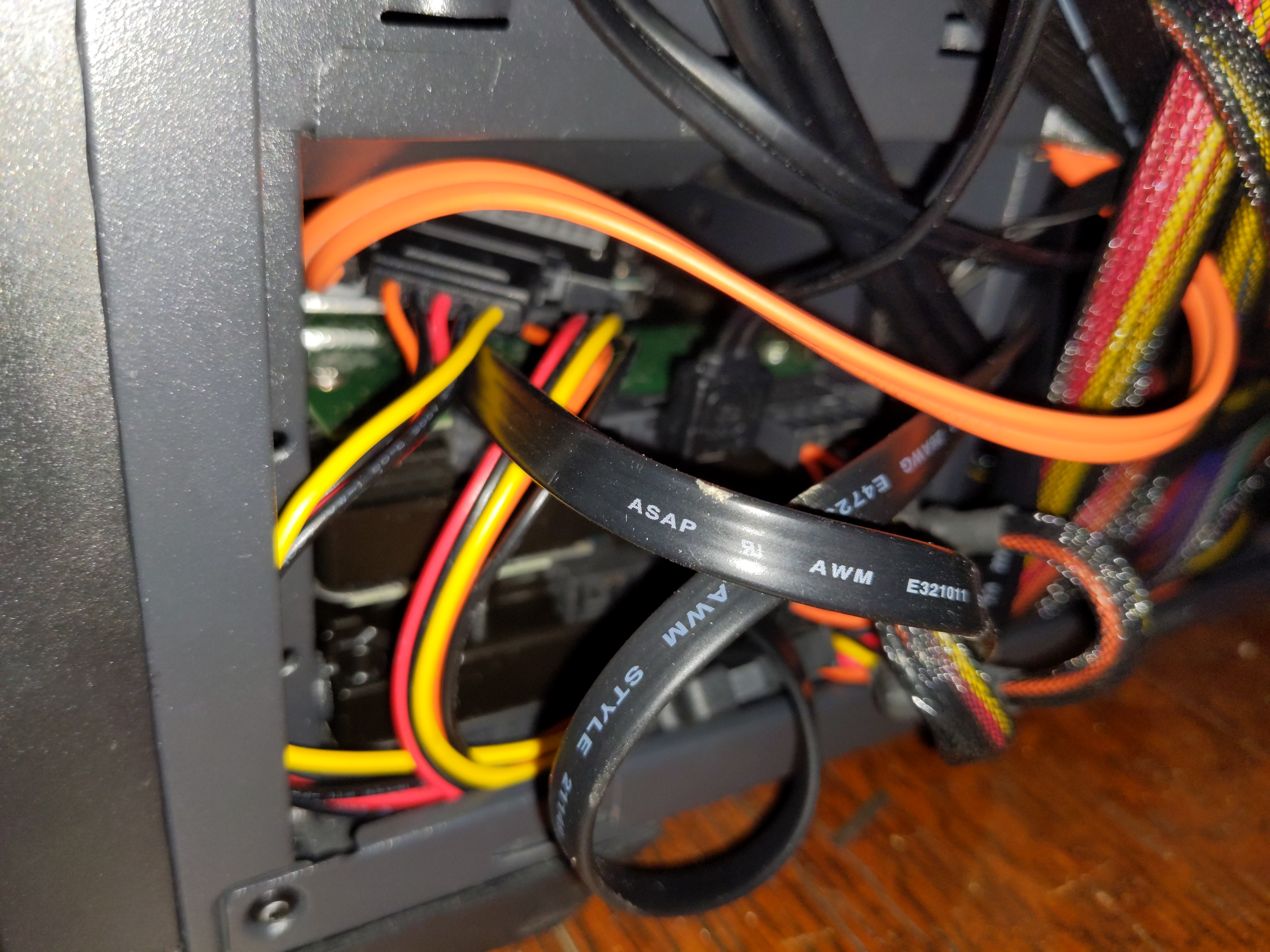 The 1TB, 2TB, 4TB, and the 120GB boot ssd all in one small, convenient space!
I have no clue where the drive tray thingies are for this case, maybe I’ll find them someday.

You can 3d print them out

I hadn’t though of that! Will do that soon lol.

There are pci slot mounts for hdds and 5.25 to 3.5 adapters you can print out as well

How much are you making? I have about ~100TB I could throw at this if it’s profitable but not sure how much flash I’d need to leverage that much raw storage.

i wonder if apple xserve raid sans would dowell

Has anyone run the numbers on ramdisk + hdd to know if that would somehow break things?

Ive.got some bigram machines. Doesnt it do the work on ssd then move to hdd?

I can set up some machines using the spare hdds in the basement, idk about the electric costs vs coin profitability

Oh great… First GPUs are gone to mining, now you can get hard drives or SSDs and maybe even ram. Wooooo. All that needs tonhappen now is someone to figure out how to make motherboards and monitors worth something, maybe a pixel count based crypto, and the entire DIY PC world is done.

I am kind of interested to see how this goes, though I am not getting involved as I think all of this isjust unsustainable and abhorrent from a wasted power perspective.

Still plotting, I havent gotten any XCH yet but I’ve only filled up about 3TB of space. I’m assuming that at my rate of creating plots with my old hardware I’ll need a mining pool to compete

It would be really cool if it worked, since you wouldn’t be ruining SSD’s plotting, and it would be wayyy faster!

Is there a minimum space required for plotting? Maybe the speed of the ram would outrun the need for a larger plot space

From what I read over on their GitHub Wiki, the temp size is 356.5 GB.

Is there a ratio of space required for plot vs farm. Also, when you’ve mined something do you just wipe the drives and start over or do you have to keep building it up?

Once created, the plot has a bunch of chances to “win” a coin. Plots are expected to last over 5 years at point of release

Once created, the plot has a bunch of chances to “win” a coin. Plots are expected to last over 5 years at point of release

So you shred some SSDs filling up a bunch of drives and then you let it sit and you’ll randomly get coins over the following 5 years?

yes. Maybe even up to 10 years, the wiki was a littel hand-wavey.

But iirc, there is already one guy/team/chinese state organisation with like 7000 plots, or 0.7pb or a bunch of plots, and only a few coins handed out, so not much chance of getting 3/5 of eff all.

I presume the more plots in total, the less chance of “winning” so in future, one would need a Bunch to get anywhere?

Just what I gather from a few vids I’ve seen

(not sure who has the large plots, will look into it. Probably Not china, but they have a major chunk of Bit Coin)

But iirc, there is already one guy/team/chinese state organisation with like 7000 plots, or 0.7pb or a bunch of plots, and only a few coins handed out, so not much chance of getting 3/5 of eff all.

Yeah but if that’s supposed to pay out over time, maybe there’s a lot more. It’s just weird to me that you let it sit there. I figured it was like “proof of storage => coin/no-coin => repeat”