Share the time when you just walked away from a game 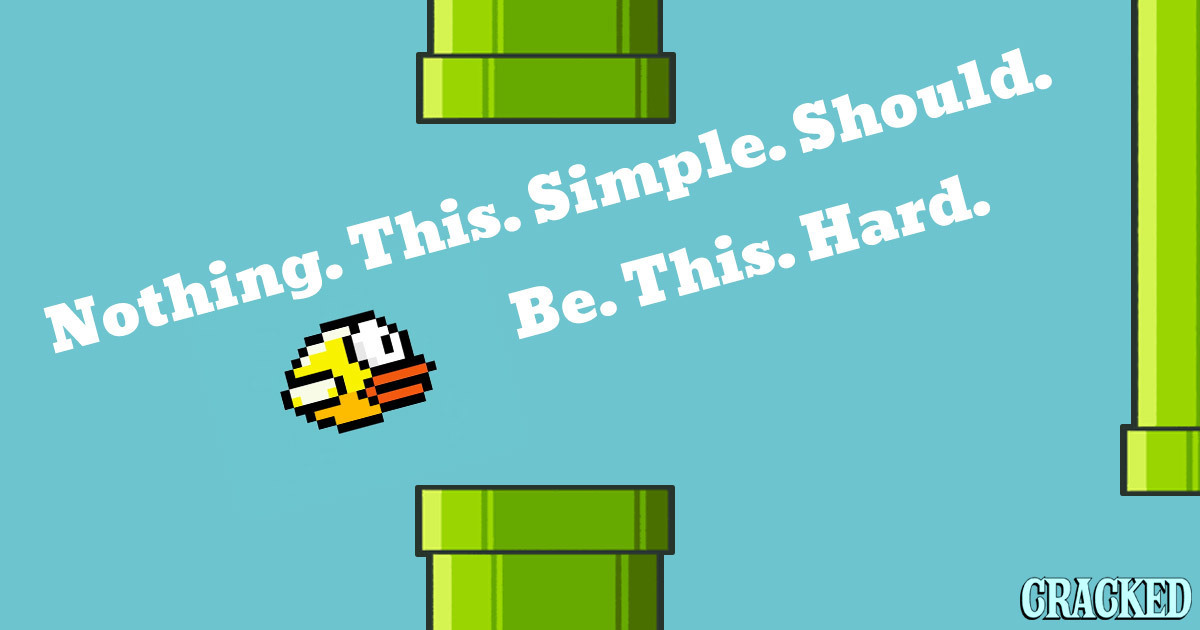 27 Video Game Moments That Made You Walk Away, Forever

Video games are great until they're controller-smashingly awful.

I really hated all of the GTA "crime simulator" games. They are great games for adults, but I know a lot of kids play GTA. When my sister bought GTA V for my 14 year old nephew, it made me sick. But I love the "art of gaming" and I had to admit it is truly a breakthrough in game technology. I picked up a copy and was about half way through and I was really enjoying playing it.

One day Steam said "You have 2 saved games, a local save and a cloud save. Pick one."
I picked wrong and was back to mission 1.
I never played GTA V again.

I was once playing Final Fantasy VIII on the PS1 and was near the end of the game and my brother wanted to check something on his save file, so put his memory card in slot two, he loaded the game, did almost nothing and then by instinct went to the menu and saved over my game in memory card slot 1. I didn't play that game for a really long time after that because I put soo many hours into it and couldn't bare doing it all again.

A couple days ago, when I was playing Guild Wars 2. I was hungry, so I just walked away. Hmm... maybe I'll log back on for a bit before bed.

Before that, it was about a week ago. I finally finished The Legend of Zelda: Twilight Princess. Haven't touched it since.

I got sucked into the Dark Souls madness, was about 60 hours in and I was facing off against the Gaping Dragon. I had such a hard time with this boss, I swear I died nearly 100 times from this bastard. After another weekend failing to defeat it I just stopped playing.
It was six months before I loaded the game up again but in the transition from GFWL to steamworks my save got lost, I missed the window to transfer it. Good news is it only took me about 20 hours to get to and defeat the Gaping Dragon that time around. 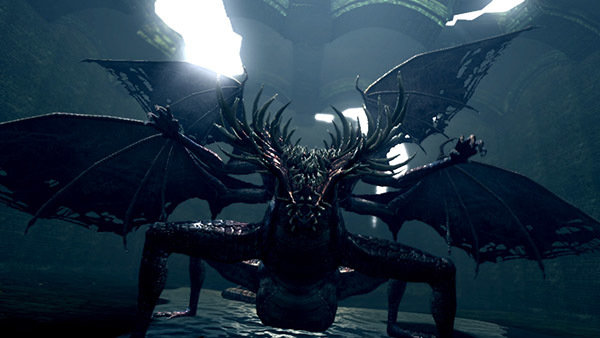 Edit: I finally beat Dark Souls last weekend, it felt great. Then I started playing NG with upped difficulty for some reason.

I spent some stupid amount of time (30-40 hours) modding Skyrim (200ish mods) and screwing around (probably another 20hrs) in some of the content added by the mods before actually playing the story. It bugged out to where it was impossible to complete 5ish missions in, and I never went back. Then, Skyrim remastered was released, and not all the mods work. Not worth the little time I have to play now, anyway.

I'm not sure I've ever completed a NG+ in anything. I've replayed games years later (that's different), but I always start a NG+ after finishing, then quickly abandon it, never to return.

I just thought it was cool seeing the intro cut scene where my character wore the bad ass armor I got later in the game, I started as deprived with nothing which was a terrible idea.
I have no intention of finishing a NG, already started Dark Souls II

I didn't see some people online again after this one.

Back in WoW me and a friend were doing a raid for the lich kings mount we got so far, and then a healer dropped out. So we messaged another friend asking if he would help us out as it was only one fight left.
He joins, and we down the boss and invincible drops everyone rolls need and we wait to see who wins it. But my friend I invited decided he'd go for a crap midway into the fight so were stuck there until the item times out.
The item was probably in its last five seconds before timing out, and I hear oh shit over Skype and then see that my friend who was just afk gets a 100 need roll on the mount and wins it.
The guy who showed up for the last 10 minutes didn't really do anything and then made everyone wait gets the mount safe to say people were raging.

Quite recently actually. Nier Automata. The game is garbage. I gave up on it during the tutorial level. I wasn't having fun at all, but I thought "OK, it's only the tutorial level. It will get better later on". But here's the thing - the game kept changing the camera angle for no apparent practical reason and the camera angles were fuckin' infuriating. And to top it all off, by the end of the tutorial level when I faced the boss I died and the game returned me to very beginning. No checkpoints or saves of any kind. I had to start all over and go through the same boring level again, experience the same boring gameplay with the same boring enemies and the same infuriatingly bad camera angles in hopes that I'll manage to defeat the boss. And if not, it would have sent me to the beginning again. So I said fuck it, I quit and asked for a refund.

It's also a very bad port. It runs like crap and the graphics aren't good enough to warrant that kind of bad performance. And the color palette as well as the art design is just obnoxious.

According to steam I got 12 minutes into Assassins creed before uninstalling. The worst start to a video game I've ever experienced. No idea if it gets better, but I'm not going to be trying it again.

WoW put me off online gaming after a few months and the fact Paladins were the worst high level characters at the time and I couldn't be bothered to start another. Pre Bubble head buff which just annoyed me more. Plus the resource farming etc.

OK, this one isn't necessarily a bad thing.

I am not into swordplay RPG's. I played Diablo II, I played The Stick of Truth, but I let my neighbor play Shadow of Mordor and hated every minute of it. A few weeks ago ARS Technica and GOG gave away free copies of The Witcher 1. I started to play the intro first level and hated it. "Yep, pretty much what I expected, a lore and crafting click-fest."

I tried again later and figured out I could skip the tutorial by going right into the DLC. I played all night. In the morning I said "I am not wasting any more time on The Witcher 1" and I bought The Witcher 3. I like it but don't play it too much. I am not into swordplay RPG's.

^^^ I remember playing Shadow of Mordor and working my way through the first Nemesis tree and thinking great that was fun a fun game and then it moved to the new area and I had to start it all over again! I didn't.

I remember pouring over 500 hours into Skyrim on both PS3 and later on PC with mods. The point I stopped playing was after one last mod. I loaded up a total conversion mod by the name of Enderal a few months ago, and once I finished that playthrough, I haven't gone back since.

I think that mod was the best way cap off the years I spent on Skyrim. An almost perfect story driven mod. I quickly realized that it would almost be impossible to derive anymore fun out of Skyrim after I completed that playthrough.

Every time I play Planetary Annihilation shared team games and some selfish noob kills our economy.

FF7... I started playing it on PSP, played throu most of it, and then, I entered a huge cave, that is the entirety of CD3 back in the day, and knowing what follows - i just couldn't be bothered... CD 1 and 2 game me everything else and CD3 is just the cave - no, bugger that...
Other than that I usually walk away from a game because i had enough of it. It has been a great time for me, and i don't want to push forward if it's not going to be fun anymore, so as soon as it stops being fun - I stop playing...

I love first person shooters, there are two things that will make me "walk away"

Quick time events. WTF has this button that button got to do with a shooter?

Jak and Daxter: The Precursor's Legacy

I had 98 of the 100 Precusor Orbs required to unlock the secret cut scene at the end of the game after the normal ending cut scene.

My nephew played. He saved over my save file.

Now, as long as the game permits, every time I save, I save in a new save slot. If it doesn't permit and I have like 3 save slots, I alternate them so that the most I lose is like an hour of gameplay.