Purpose:
Multi system File storage.
I’m creating a server for a part manufacturing business and I could use some guidance as to setting this up successfully, the main purpose is to store data (cad files, customer order information, contracts etc).

I want to create a system to where the power-edge is used as the hub and the Asustor stores bulk data/ old files. 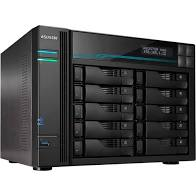 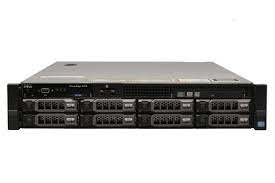 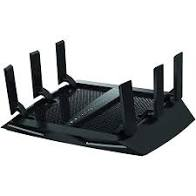 Any guides or info on going about this process and software I would need would be greatly appreciated.

Id use some version of linux to mount the shares and then serve them with nextcloud.

Maybe also a reverse proxy would be in order so you could serve other content from the web down the road and add a layer of security.

How business critical is the data in question?

Where are the off-site or local backups going to be stored?

Is the listed hardware new or used? Are there any active service contacts?

Who will maintain operations on this infrastructure?

How much would downtime cost the business?

Once the above has been answered we can provide a valid recommendation.

Is that hardware you already have or are planning to buy?

Sounds like you’re creating two servers? Will you be using the Asus box as backing storage for the Dell (SAN), or as separate stand alone NAS?

Already have in office

correct, the Asustor will be used as a backing storage for older files

Are the raids already built? 10x10Tb in raid 5 is pretty risky.

backing is not the same as backup. backing refers to using other means to make the storage available… in this case the ASUS would be connected to the Dell via iSCSI or FC and the Dell would be the “server” connecting to users.

The Asustor machine was pre-setup before I was employed, and I dont plan to change the raid configuration on that machine.
Why would Raid 5 be risky?

I see, Do you have more documentation on “backing”?
Currently I’m going in this blind and really looking for Some concrete guidance on Implementing a strategy.

Only one disk redundancy. If another drive fails during resilvering, everything’s lost. Mirrors would be ideal, for redundancies sake - especially with that many drives.

Less likely to suffer a drive failure during resilvering of a mirror array, too, because only one drive is being used to repair it, rather than all of them.

Backing … meaning behind I guess? So backing storage is the storage behind the server in this case.

I don’t see a problem with a 10 disk raid 5 configuration, as long as you’re following the GOLDEN RULE - raid is not a backup.

There should be frequent tape / cloud / other backups of this array, as well as health monitoring and notification in place. It should email someone when a drive shows signs of failure. My worry is, with only one redundant drive, if it fails and goes unnoticed, that would be catastrophic.

As @Dynamic_Gravity already mentioned, for a suitable solution, we need more info from your side.

On the storage server, my advice would be to add a few more drives (or shrink the existing array) and convert the RAID5 into RAID6, which has a 2-disk redundancy. if you’re using Linux s/w RAID (mdadm) this can be done “on the fly” on a live system. Yes it has a speed penalty, but you could circumvent that by using a 2TB NVMe SSD as cache for the array. And as said: RAID is no backup strategy!

Software-wise: Nextcloud, Owncloud, FreeNAS and Unraid are all possible solutions, but you need to pick the right one for your use case.

Oh, and it’s probably most sensible to address getting a solid backup solution first, then you’d be able to reconfigure the storage server more quickly not having to worry about data retention on the disks when installing a new OS.

I don’t see a problem with a 10 disk raid 5 configuration, as long as you’re following the GOLDEN RULE - raid is not a backup.

It sounds like the Asus will store archival data in addition to a live backup, which is not ideal but at least with raid6 you reduce some risk.

Is asustor a NAS applicance with it’s own OS, or is it a barebones PC that you can install anything on? If it’s the former, then I have no idea what options are available or what’s going on under the hood.

These are personal views and should not be considered professional advice. I would recommend getting some professional consultancy if the changes are business critical and may impact your insurance or credit position.

It should be able to be accessed in the office

What are the client machines used for? If just office files / cad then a 2 tier architecture might work but if you have concurrent users running data loads on the Dell then I would consider rearchitecting the server setup with something set up to work effectively from day 1.

I appreciate you already have the hardware but don’t get caught by the sunk coat fallacy. It is not always cheaper to make existing kit work than to start from scratch with the right business outcomes in mind.

Also consider what software you are familiar with. If you use active directory then consider windows server over Linux. Most people on here would recommend Linux or zfs based solutions. They are not always the easiest to maintain. Consider total cost of ownership.

This may be the right time to consider SaaS and look at Linode or other solutions for your remote access VPN.

Don’t under estimate the additional costs for networking and firewalls. Again seek professional advice if making changes to the security setup.

If you get a design you think may work feel free to ask specific questions but it is tricky for us to guess what you need without lots of information.