I wanted to build a cheap server. After seeing some xeon e5-2650's on ebay for $50 each, I leaped before looking. I purchased a C8220 DELL motherboard which unfortunately doesn't use a standard ATX power supply. However, after looking into it, I was able to find a workaround. Today, the xeons came in the mail. I'm happy to say it works! I got it to run arch linux off a bootable usb stick. 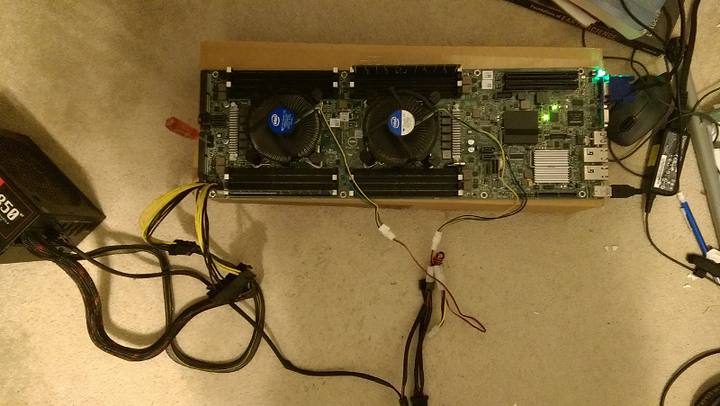 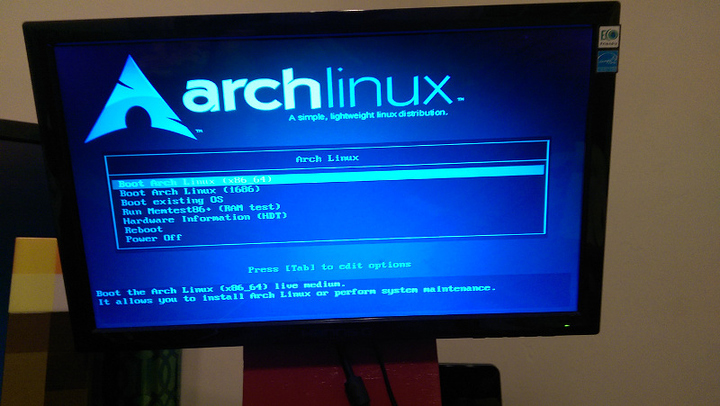 There's still some work to do. The screw driver will be replaced with a switch. Originally, I was going to change the ATX converter so that one of the lines was using VSB 12 instead of a regular 12 V, but I'm not sure that's needed since I'm fine with manually switching it off (it shouldn't cause anything to get damaged, right?). I also need to find some cpu coolers that actually fit the motherboard. After that, it's just a matter of filling all the memory slots, and it will be suitable for my purposes.

That screwdriver pushed into an header on the motherboard looks so ghetto, I love it!

This project has been slowly advancing. Most of the progress has been on the software side.

First, I wanted to get off of the USB stick. I had a laptop drive laying around with Windows 10 installed on it, so I decided to re-purpose it. Next, I decided to change the OS. Wendell has been plugging Fedora 25 recently, so I migrated to the server version of Fedora from Arch. It was mostly painless. Unfortunately during this process, the screwdriver got knocked over one too many times. It has now been replaced with a shortened nail wrapped in tin foil to make it fit snugly.

The final advancement was getting distributed compilation set up. The initial goal for this project was to use this server with distcc to improve compile times. That didn't work out too well for me. I couldn't get it to work after two attempts (later I realized I hadn't been reloading the firewall). After some research, I ran into a project called icecream, which is an offshoot of distcc. The setup was more accessibly documented, which made it easier for me to figure out. Additionally, there was a program called icemon I could run which gave me visual confirmation that things were running.

Hi, and sorry if I’ve bumped an old thread, but I am working on a Dell C8220 and a spare ATX power supply. I want to know if I can use 1 12V yellow wire to supply 2 12V receptor sockets. Can I do that?