I’m planning a long-overdue build, replacing pretty much every component in my current system, except one…the CRT monitor, of course. I use it for emulation sometimes, perfect latency and response time, the high refresh rate is nice, the colors are nice and saturated, etc.

Ah who am I kidding, I just keep it around for shits and laughs. Even so, I’m attached to it, and don’t plan to give it up. But here’s the issue: recent graphics cards don’t support analog output over DVI-I anymode (goodbye ramdacs), so the only way to connect is using one of those crappy adapters from Amazon/Aliexpress. I don’t think any of them support odd refresh rates, and I would be shocked if they operate without a framebuffer, so that’s no good. I’m also not interested in buying a framemeister or other external scaler, mainly due to added complexity and price.

My grand plan is to, instead, buy a GTX 750 or something from ebay and connect the CRT to that, while I drive my new giant LCD monitor from something a little more powerful. These two GPUs wouldn’t be in SLI or anything; my intention is to get a standard multi-monitor setup, using one GPU per monitor.

So in case anyone here has attempted something similar, I have a couple questions:

Any and all knowledge is appreciated, this is my first multi-gpu build. Also, in case it’s relevant, I use both Linux and Windows (dual-booted) and the system is going to be Intel/Nvidia (just gaming; do I look productive to you?).

For what it’s worth, I have had pretty good results with one ‘Accell’ brand HDMI to VGA adapter. I was able to use it to drive a CRT at 1600x1200 90hz with no issues(until the flyback transformer blew up; not the adapter’s fault). This was years ago though. With those adapters, pay attention to the ‘video clock’ specification. Most of them are rated to do something like 162mhz, which I think is just barely enough for 1920x1200 60hz reduced blanking. The adapter I used could do significantly higher than that, and as far as I could tell it’s the only one on the market like that.

Thanks, that’s really good to know. I forgot about generic drivers on Windows. And thanks for the tip about the video clock. My one concern is that I won’t be able to create custom resolutions without the mfg. drivers installed (CRU doesn’t work with generic drivers apparently)…60Hz CRTs hurt my brain. But still good to know I have options.

These adapters would certainly get a picture on the tube, but they aren’t exactly thoroughly specced. It’s hard to know how they would handle high refresh rates, or really weird resolutions (like [email protected], or [email protected]). The manufacturers also don’t publish the latency impact—one frame probably? They’re cheap enough that I could get a few to test out, but I would prefer the more-robust implementation found on a VGA card (especially since the adapters all likely use the same chip on the inside). But if none of this works out, I’ll give it a shot; maybe I’ll be pleasantly surprised.

Google: CRT Emudriver and go buy yourself whatever card is compatible with it, of you’re choice.

Update! It turns out that graphics cards with native analog output are still being made, since OEM’s are capable of adding the circuitry back in, even if it’s not part of the chipset proper. I’ve only been able to find two examples of this, both based off the RX 550. Sapphire makes a low-profile card with a DVI-I output, but it’s not available for individual purchases.

The other option is everyone’s favorite GPU partner, Yeston (yes, that Yeston), with a suspiciously-similar part: 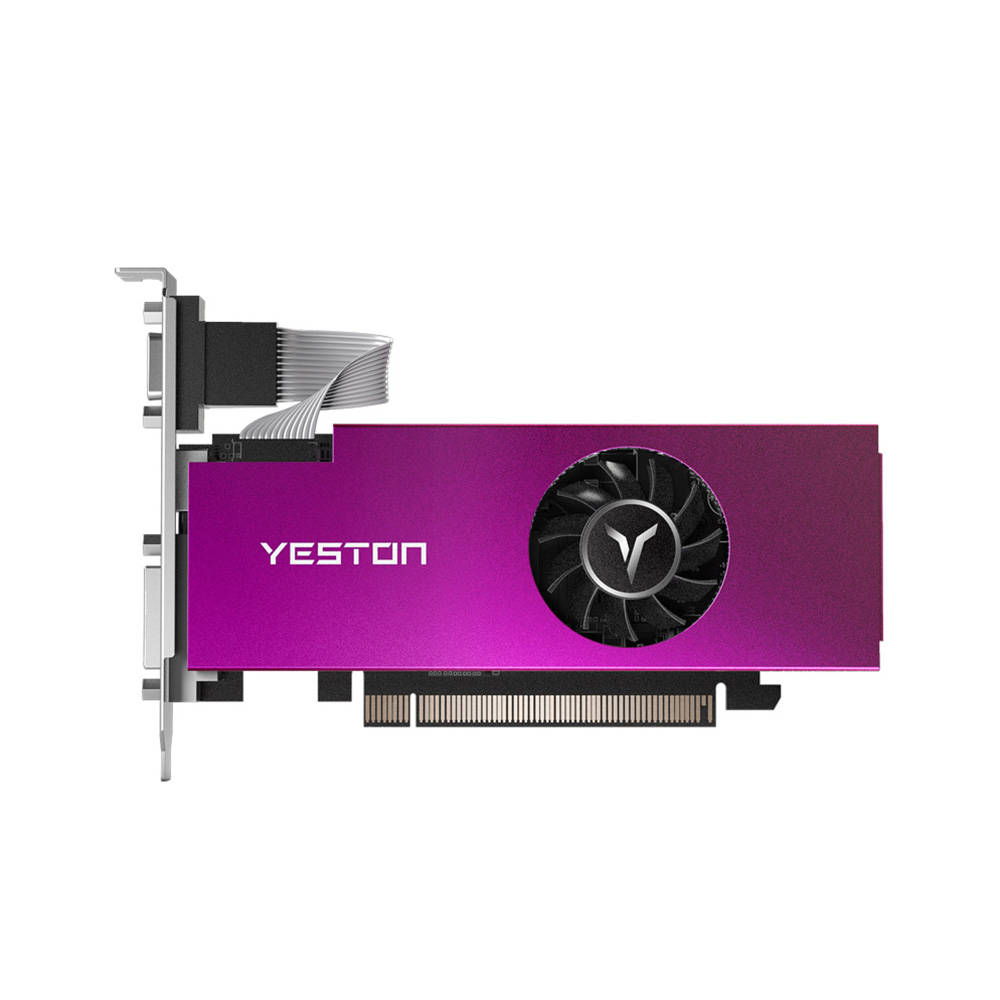 I’m taking a chance on it; it’s cheap, power-efficient and, embarrassingly, more powerful than my current card. I’ll report back to tell if it works or not.