I’m in the middle of my first server build, and want to make sure I understand how the fan controls work.

I’ve got five fans: 3 up front and 2 in the back. The three in the front are a first type, and the two in the back are a second type. I have CFM ratings for each type.

I’m assuming the CFM rating in the fan specs is determined by setting the fan to 100 percent, full-speed, maximum RPM. Is that correct?

If so, should I assume that setting a fan to, e.g., ½ speed should achieve ½ the rated CFM air displacement?

Yes - the CFM is the maximum air moved at maximum rpm.
No - half fan speed will not necessarily move half the CFM as that is usually an exponential increase.

If possible you’re probably better off setting a temperature target and letting the fans ramp automatically to meet it.

I’m trying to optimize fan noise vs. performance, with a Ryzen-based server in a 3U rack case I have in my office.

Last time I tried to tie the server’s intake and exhaust fans to the CPU temp, they started screaming, so I set them to manual. I have good thermal performance now, but it’s still a bit louder than I’d like, and given how low the temps are, I think I could get away with slowing the rear (louder) fans down a bit.

I’m still setting everything up, and the server isn’t really under considerable load, so I’ll probably come back to this once I’ve actually got the system under a meaningful load.

It’s seems like fairly linear curves but they don’t correlate 1:1 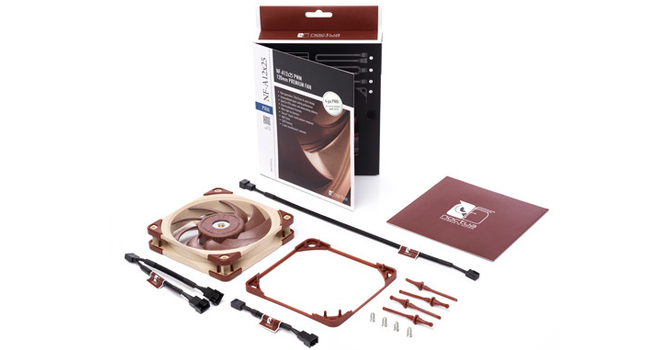 Noctua's long awaited NF-A12x25 fan hits the market with a bang in more ways than one. With more features than I can count with my fingers, all of which have been used to optimize performance and acoustics, it is a fan that makes no excuses about the...

It should be a mark of how underdeveloped the fan controls are on this board that part of me would rather deploy a wind speed sensor next to each fan and tune it that way.

I suppose I’ll just try slowing down the rear exhaust in small increments and see how low I can get the noise level without melting something.

CPU and VRM are actively cooled, and the drives are all SSDs, so I should have some headroom.