What Samsung Dex on a Note 9 does well:

I have a home server which has 2 instance’s of windows 10 for my work and personal development.

How I played games:

Same home server which had box with my pc component. Wake on lan to activate when I need it. and used in home steam streaming.
I also used Xbox streaming app. (works amazing on ethernet). Finally ive been playing mobile COD…
This is nice cause i can sit with my wife and play on the couch, but then walk to my pc and just use it.

Is this for you?

If you dont have a large wide screen then no… not being able to use dual or triple monitors as a developer is horrible.
but the phone simply cant handle two outputs.

Are you a hardcore gamer that has tons of time? No. The Gamer gods will be ashamed with your resolution.

Are you a professional that needs to vpn in and get work done while managing multiple servers, developing and would love to game
when possible? Could be.

Any experience running linux apps/desktop on it?

I’d see myself trying to run jetbrains apps in some debian chroot and etc.

I was interested in Dex until I read this: 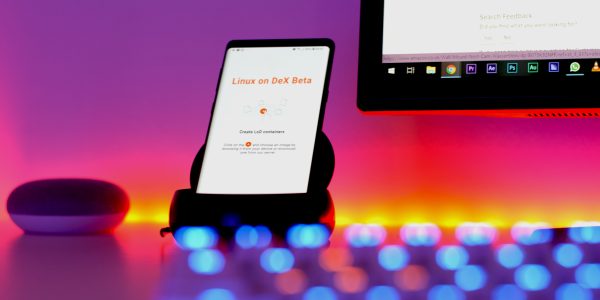 Less than a year after launch, Samsung has announced that they're discontinuing the Linux on DeX program, coinciding with the update to Android 10.

For strictly terminal i can just use a terminal app or cmd/powershell for my windows RDP. ZSH w/ ohmyzsh actually shows up now in cmd!!! very happy with that.

but no, most general social and communication apps are on android anyway. dont expect to do any media editing or programming on bare metal android. Im sure it cant handle it yet

that was just a marketing ploy

too bad really, opportunity missed. Anyways, enough of that, you mentioned buggy shift key. What’s that about?

When I asked about linux I meant something like termux with x11 on android.

And if its as underpowered as you say, is it still enough to handle eclipse che?

The issues i’ve found w/ android terminal application are the package support. for instance if you run a local android terminal instance does not have ssh or similar tools. you will need to login to a server first then run your commands. Unless there are better terminal