I’m currently designing my build, and I need to know if I should sacrifice the Mega Transfers for CAS Latency. I know memory plays a huge role and this is what I wanna test for on a R9 5900X.

But I want to know how much MT I can sacrifice for CLs to make sense and not get burnt by slow transfer rates.

For that much [MT] discrepancy, between them 2 memory sets, I’d go with the GSkill

Definitely not a memory expert, but that never stopped me before…

I thought there was also a relationship between speed and latency… like CL 16 at 3200 MT isn’t as bad as CL14 at 2400 since it is based on clock cycles, not absolute timing. My understanding is, all else being equal, faster ram will have less absolute latency than slower ram, if the CL timings are the same.

Not something you need every day, but gets you a rough overview about the relation between MT/s and CAS latency.

Also keep in mind that latency is only really important for gaming. And even there, we’re talking about low single digit numbers in performance between JEDEC standard and super-low latency gaming memory. Latency is really more of a “nice to have” thing.

I personally rather spend my budget on a better CPU, more memory or more storage than fancy and expensive memory.

Hi, it’s not about gaming. But actually not going by the tide but trying to figure how you can actually make a good price to performance workstation.

Not sure how the numbers translate. I would need to watch L1Ts video on this again.

Your memory controller, infinity fabric and l3 cache speed are linked to your ram speed, I would personally get as close as you can to 3600

Nevermind that screenshot was totally useless after I noticed I calculated wrong.

Hi, it’s not about gaming.

You can basically ignore latency values in this case.

G.Skill Ripjaws line of memory is most bang for the buck, tried and trusted. 3200-3600MT/s for normal operations without overclocking ambitions.

You can basically ignore latency values in this case.

Other operations require this also I want to make it perfectly timed like a symphony.

CAS Latency is measured in memory cycles, it’s not an absolute time.

On Ryzen, DDR frequency is also related to infinity fabric speed. you want that high as it determines how fast cores communicate with each other (and if i recall the cache), etc.

Nerfing ddr4 speed for CAS latency on Ryzen won’t win you much. You really want to go for frequency first (as that is tied to so many things internally via the fabric speed), and then try to get latency down once you get that up.

Especially on a 5900 which has so much cache memory and 12 cores, you do not want to be nerfing the speed of the cores to cores and cores to cache via infinity fabric being clocked at 1200 mhz instead of 1600.

Other operations require this also I want to make it perfectly timed like a symphony.

As above. Chasing CAS latency at the expense of frequency is going to run your CPU cache slower, and most of the time your CPU is going to be running out of its cache.

Most of the time it isn’t hitting cache, it will be streaming data in/out of memory which requires megatransfers.

But overall performance is better, and the more cache you have the more true this will be.

over 3866 and it wont matter how much you reduce latency you will be limited to 1 dim per channel.
which effectively halves your rams bandwidth if your running multi dim per channel configs.(using 4 ram slots on a dual channel build)
running under 3866 and your giving up bandwidth on the infinity fabric which can have more of a negative effect than you might think.
especially for gaming.

in the real world productivity benefits more from bandwidth than low latency.
so the higher the MT’s the more through put bandwidth you have even if its overall slower.

gaming benefits from a mix of low latency and high mt’s. till you get to the the mmu’s native speed (the fabrics speed) once you go over native speed you will lose performance. due to 1 dim per channel limitations.

Column Address Strobe (CAS) latency, or CL, is the delay in clock cycles between the READ command and the moment data is available. In asynchronous DRAM, the interval is specified in nanoseconds (absolute time). In synchronous DRAM, the interval is specified in clock cycles. Because the latency is dependent upon a number of clock ticks instead of absolute time, the actual time for an SDRAM module to respond to a CAS event might vary between uses of the same module if the clock rate diff Dynamic ...

look here. find the ram with the fastest speed, lowest latency and quickest first word return.
you will want 3200 cas 16 minimum.
switching to 3866 cas 18 will net you about 8% in performance.
jumping to 4800 cas 19 will set the motherboard to single dim per channel mode. which effectively will double latency, which will reduce gaming performance by more than 10%.

Also worth noting that frequency and CAS latency aren’t everything either.

I actually beat most similarly configured 2700X systems in 3dmark (back when i had everything on air cooling) when i built my 2700x with non-QVL DDR4-3000 CAS15 running in dual-rank at 2866. On paper that was a pretty “meh” memory configuration according to some, but it worked in the real world quite well.

Why? dual rank memory, whilst harder to run fast gets a benefit of overlapping multiple accesses across ranks.

This is worth a read: 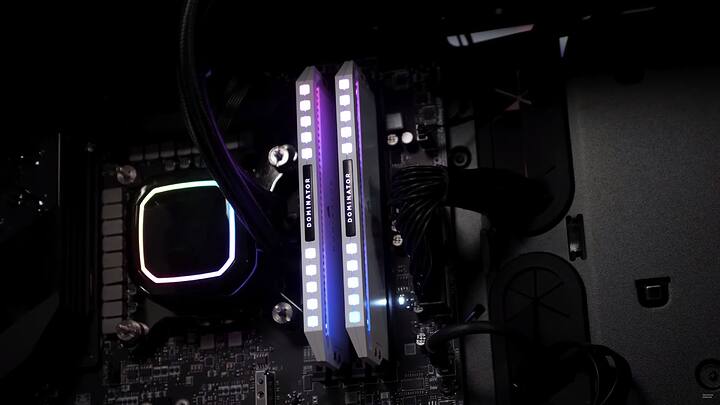 In this article we'll be searching for Zen 3's memory sweet spot and looking at DDR4 memory performance with the new Ryzen 5000 CPU series, and a...

Greater than 10% benefit going from single rank to dual rank at the same speed. They’re testing dual rank with 2 DIMMs per channel, but you can also get that with 1 dual rank dimm per channel.

You can get more memory and the overlapping accesses can help offset the clockspeed loss.

I guess my advice would be (what i’ve done twice now on Ryzen):

They’re testing dual rank with 2 DIMMs per channel, but you can also get that with 1 dual rank dimm per channel.

2R/2R/2R/2R puts too much strain on the memory controller, you would likely have trouble running xmp/docp with two separate dual rank dual dimm kits. 2R/2R or 1R/1R/1R/1R is optimal, with the former being able to run higher clocks.

As a personal anecdote, I saw a significant responsiveness improvement by doubling a 2x16gb single rank SK Hynix kit on a 10900K platform.

2R/2R/2R/2R puts too much strain on the memory controller, you would likely have trouble running xmp/docp with two separate dual rank dual dimm kits.

Yup, been there (mis-matched b-die/hynix sticks, no less - 4x dual-rank 16 gigabyte sticks). Performance was still ok - if i’m honest outside of benchmarking the system i’d never know. I gamed on that config just fine (but needed the capacity for #dayjob during COVID).

And that’s a 3 year down the track problem where you’re potentially needing capacity more than speed. But at least you have the option for that.

Yea, I was earlier watching a LTT video on that, quite interesting. I’m learning so much, feel like the doctor who has like mind control.

So what I would be going for is 3600CL16 2x16GB R2 which I can tune to 3866CL18 like mentioned above. That should be quite sufficient, if noone has any big reasons or anything else for me to reconsider or reinspect the facts.

I thought about going 128GB later but that would be my build in 2 or so years. It just has to be absolute bonkers. That aside, quite hyped for it now.

i wouldnt count on over clocking the ram past its specs mate. better to get the 3866 in the first place. and then tighten its timings. if you can… or go for the cheaper 3600 and tighten its timings. you may even get better results with the 3600 if you can get the timings low enough to surpass the 3866’s first word return.

the difference though… nominal at best. as both sets of sticks are fast enough already.

So what I would be going for is 3600CL16 2x16GB R2 which I can tune to 3866CL18 like mentioned above. That should be quite sufficient, if noone has any big reasons or anything else for me to reconsider or reinspect the facts.

If you’re looking for extreme memory speed consider B550 boards. Check the supported memory speeds. A lot of them have better memory topology than a lot of X570 boards. But… you lose some of the features. Buildzoid has a few videos on this.

But… if you won’t use those features (and really… most can probably get away without them) - cheaper boards, faster RAM support and you can use the saved money on a better GPU/RAM/storage or put away for an upgrade, etc.

That’s what I meant, loosening the CL to boost on the MTs. Like in this video 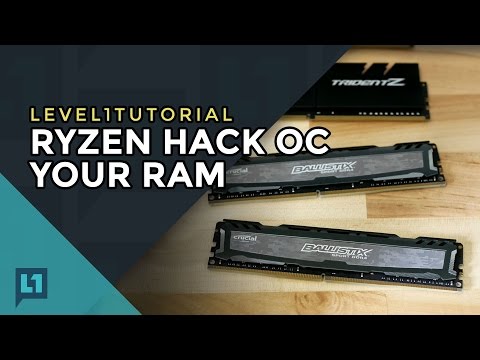 As I’m trying to make a deal with the store I can’t really do much about the parts.

yeah i know what your talking about. but that advice was more applicable back then.
the options you posted. the difference in performance would be negligible. but a big diff in price.

the price of 3866 is ridiculous… the better option there would be to get 4000 and under clock it to 3866 and tighten its timings.

you might wanna check on the web for some jdec info on 4000 cos if it can run at 3866 then it really is a viable alternative.