Scratching my head on this one

This is pretty much exactly the issue I had the first time I set the P-States. What are yours set to now? Also does your Mainboard come with some sort of Tuning utility? In my case on ASRock I had F-Streamer Tuning and If I set it to performance instead of Standard it would always run at max clocks.

And P-State 2: (This is the lowest it downclocks to)

Also If you want lower Temps at 4.1Ghz try and lower the Voltage as much as possible until you hit stability issues under load and then go back up. Ryzen Master is quite good for quickly tweaking the voltage and then later locking it in on the BIOS. The temperature differences in relation to Voltage is appears to be quite dramatic with Ryzen.

it was all set correctly, I even set P0 and P1 to the same as commented by a few people.
Idk, It's weird that it won't work.

LLC was set to level 3 btw

System becomes unstable lower than 1.42v at 4.1GHz.
It will post 4.2GHz at 1.45v but not stable under load and the extra voltage starts reaching to uncomfortable ranges.

For now, 4.1v maxes out at 86C Ryzen Master temps
Another note, With PStates used, Ryzen master only notes the second PState as the max frequency

What cooler are you using? Liquid or something like a Noctua NH-D15? Those are quite good temps for 4.1 at your Voltages.
Also what Package Wattage does the latest HWInfo Beta report?
https://www.hwinfo.com/files/hw64_547_3115.zip

Roughly the same, 2 or 3C hotter

One more thing I have just learned. Disable Sleep and Hibernate options in Windows for now. I left my system for 30Minutes and when I came back all the fans were still running but it was stuck in some sleep state and effectively not responding at all. A reboot didn't fix it, only a full blown CMOS reset managed to get things working again.

Once I booted after re-entering all my BIOS settings it resumed like from S4 sleep (hibernation) with all my programs still open.

Sleep doesn't work on my system. Wakes up instantly from the usb3.1 driver for some reason.
Never used hibernation since moving to ssds

Yeah all forms of sleep did not work for me either. I disabled it because of the benchmarking weirdness anyway

So I did some research and it looks like you don't want to touch the voltage on pstate 0. Otherwise it locks pstate to p1 in windows

@wendell
I had a look at the latest 1.94A beta UEFI with my K4 board and It seems to have added SR-IOV support. Now I haven't tested SR-IOV yet, but it's there in the settings now. In addition the board now seems to automatically choose the fastest mode of operation for M.2 key devices so I no longer need to manually set that it seems.

WARNING: THIS ROM IS BUGGY AS HELL

Other than it maybe needs a Windows reinstall to not bluescreen. But from first impressions this UEFI version seems to buggy as all hell. I've had more blue screens than anyone should ever see in one day. Although on the last run after resetting to defaults and leaving everything on Auto it now seems to running fine. 4 Dimms Single Rank RAM still only posts at 2133MHz though. I got it up to 2666Mhz with two and once up to 2400MHz with 4 dimms before it then blue screened due an NTFS.sys error.... 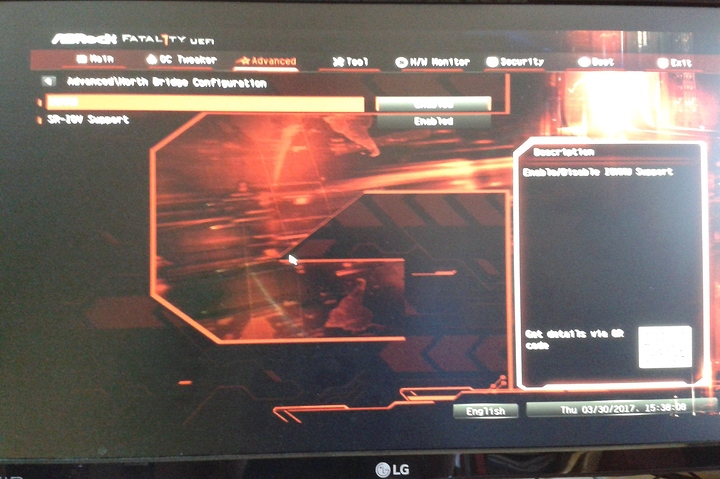 A fresh Windows to Go USB stick might be useful in doing initial new bios tests.

And now you got your memory back to 2666mhz again?
Might be an unstable bios indeed if version 1.64 doesnt give you any bluescreens.

New 2.0 Stable UEFI is out now. Updated AGESA code for Ryzen 5 and Precision Boost clock adjustments (25Mhz) along with prior features are now in and working nicely.

Today I powered on my system and lo and behold blue screen errors on every restart that where very indicative of a bad Overclock. This being for a system which has now run stable for weeks on the same overclock.

I tried tweaking and increasing some voltages a bit since I am running my OC as lean as possible for the lowest temperatures. Nothing helped, even increasing the VCore/SoC/RAM to the safe maximums.

But then somehow once I reset everything and loaded defaults. My same previous overclocks work just fine again.

3.8GHz @1.325VCore with Level 3 LLC. I have no idea why i witnessed such behavior, but resetting the UEFI to defaults and reconfiguring from there seems to be the magic trick here.

You can use this page to keep an eye on the latest BIOS releases for ASRocks product line:

How is this new bios doing?
Its kinda obvious that Ryzen really needs more time to mature.

That sounds great.
Interesting to see what the 2.30 version will bring.

One would expect these companies in anticipation of the necessity for so many updates would have continued to ship their mainboards with Dual BIOS chips! But just like with GPU's last summer they all stopped in unison.
Is there a schedule that shows what ranges the LLC parameters do for the AsRock BIOS? My particular BIOS I believe is the same as the K4, as the Killer SLI/ac looks mostly like just a color variant with little differences.