I had heard that Asus was doing something similar with the GL702ZC (shoving an AMD desktop CPU and GPU into a 17" laptop), but this is news to me.

Just ran across this on Amazon: 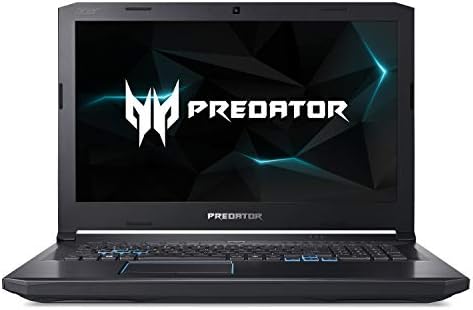 The two main differences from the GL702ZC is that this one has a 2nd gen Ryzen, but it also has … Vega 56? (The GL702ZC has an RX 580.) I have a Vega 56 in my desktop and it eats 280 watts for breakfast. How the heck are they going to find a battery powerful enough for this thing? And the heat…?

Next question…will it run Linux better than the GL702ZC? The Asus laptop will run it, but I think has a few issues (trackpad, etc.) 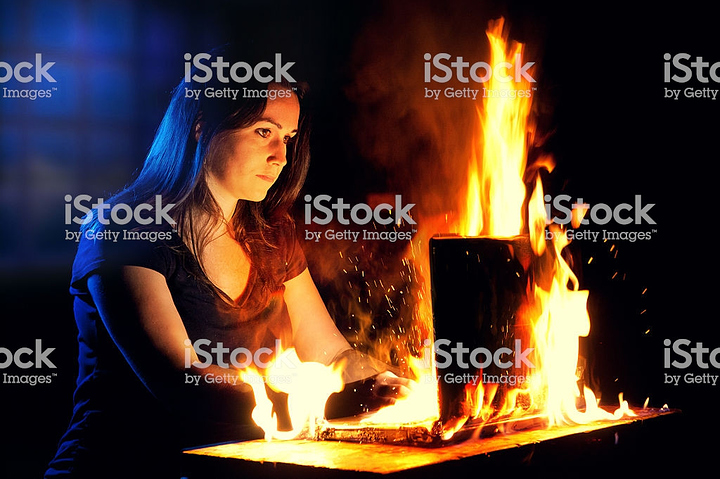 Vega gets a bad rep for power consumption but if you actually run it at reasonable clocks it can be very efficient. It was THE go to card for GPU compute for ethereum for example. BECAUSE OF ITS EFFICIENCY

The only reason the released cards were so hungry is because AMD pushed them to compete with the 1080/1080ti without the required software support.

I have a Vega 56 in my desktop and it eats 280 watts for breakfast. How the heck are they going to find a battery powerful enough for this thing? And the heat…?

As above, power and heat scale non-linearly (nearer, exponentially) with clock speed and voltage. If they clock it appropriately and aren’t trying to push the garbage GloFo process to 1.2-1.5 ghz like they are in desktop Vega, power consumption will be vastly reduced.

Put it this way. going from 220 watts on vega 64 (i have a pair of them) to 300 watts gets you about 5-10% performance gain. Vega in desktop form is pushed pretty fucking close to the edge in terms of power consumption. They can drop power and clock a heap without hurting performance TOO bad for mobile.

I don’t think it will be possible to include a vega 56 in a laptop given the power consumption! Secondly even if they do manage then controlling temperatures will be extremely difficult. However I hope they do it and it will be really interesting.

I’ve run desktop Vega 64 at down to 100 watts and performance wasn’t “terrible”. Doing things like running Borderlands 2 in 2560x1080 ultra-wide on max settings at 60 fps Vega 64 is running about 300-400mhz and won’t use much power. There’s a reason Kaby-lake G has a vega 8 or vega 11 on board. the efficiency is GOOD at low voltage/reasonable clock rate.

This is a desktop class laptop with 100 watt desktop CPU in it. Its more of a portable desktop replacement anyway.

…that being the case I wonder what clock speed they’re running the GPU at. In looking around I found one lone benchmark by PCMag which said they got the Far Cry 5 benchmark to run at 80 FPS @ 1080p.

Lol, I wish he’d display the game benchmarks for longer than 2 seconds. But it does look like this is turning in GTX 1070 class performance. I guess that’s laptop GTX 1070 given the source.

And in semi-related news, Apple is using Vega 16 and Vega 20 mobile parts in MacBooks.

It’s near the end:

I can see Vega being really good for mobile actually.

the HBCC architecture, which at the moment is pretty useless on the desktop cards would work wonders in mobile.

Give Vega 20 or something similar a gig of HBM cache and let the rest of its VRAM be system memory. I’ll bet performance will be night and day beyond what is possible without 4GB+ of dedicated VRAM onboard.

Well I just want to sit back and watch how Vega would try to make this workable. Hopefully they do, coz it’ll be such a huge change for gaming laptops. Can’t wait

Found some numbers for this laptop. According to this, the Vega 56 is running at 1300+ MHz, which seems a lot higher than @thro was theorizing.

This is not one of our regular reviews. Why? Well, it’s because we have already tested everything on the Predator Helios 500 in our detailed review, but now we’ve just received our long…

I’ll need to do some monitoring of clocks. Depending on what vega is doing it can boost a lot higher or lower under certain situations.

Also, really does depend on how severe this laptop is with cooling and power supply. Some of these gaming “laptops” these days rock 2x300 watt power supplies and weigh more than a small desktop…

Validated Acer Vega 56 shows it’s a different revision (C7 as opposed to the desktop C3) and the default turbo clock is 1301MHz. https://www.techpowerup.com/gpuz/details/3apg4

So undervolting my Vega 56 by half got me to silent operation and about 80% of stock performance. laptop cherry picked Vega 56 is plausible.

So undervolting my Vega 56 by half got me to silent operation and about 80% of stock performance. laptop cherry picked Vega 56 is plausible.

Going in reverse by halving power is probably similar scaling

Interesting about @wendell undervolting it. I tried a different approach; I started experimenting with lowering the power limit, but got weird inconsistent results.

Added and updated. 123 cards with this ID have been tested against the database so it’s not entirely unknown, just not announced very well…

That sounds really strange, on the stock power settings my Vega 56 reference settles around 1330MHz. Undervolted it jumps to 1483-1530MHz.

I managed to run Vega 64 down around 1.075v which cut a huge amount of heat and power consumption - which meant the 100% power budget goes further - clocks can stay higher for longer due to less heat and “more power budget” available - as lower volts means lower watts required for same clock.

That sounds really strange, on the stock power settings my Vega 56 reference settles around 1330MHz. Undervolted it jumps to 1483-1530MHz.

That does not surprise me. Vega56 is power crippled (out of the box), less volts = same watts go further…

Interesting about @wendell undervolting it. I tried a different approach; I started experimenting with lowering the power limit, but got weird inconsistent results.

If all you do is lower the power limit you will lower the clocks the board can reach. Voltages are what you want to play with to try and make it use less power for a given clock.

The power budget is just like a tap on a fire hose - thats how much the card can play with.
Voltage is how much you use to drive it.

By setting the power limit to +50% for example and the voltages to say 1.1v you will likely get higher sustained clocks and less heat than stock. The +50 power limit won’t mean that it will instantly consume 50% more. It just CAN if required (but it won’t be, due to the lower volts, most likely).