I have 2 x16 pcie and 4 x1 slots. I have 2 x8 cards in the x16 slots, but need basic display adapter functionality for debian xfce. Spending money isn’t an option, but I have an old hd5770 that works fine. should I run into any issues running it in an x1 slot? I just need it to run a 1440x900 desktop, nothing graphics intensive at all.

If it fits, it ships.

All PCIe cards should be able to run in any PCIe slot in theory, but the bandwidth will be reduced if in a slot of a previous generation or in a slot with fewer lanes.

Sometimes the x1 slots are cut to allow a bigger card to slot in, often times they are not. If your x16 card won’t fit, you’ll need to spend $20 on a “mining riser” that takes your x1 slot and converts it to an x16 physical slot (still only has x1 lane)

It will work fine. I have an HD5970 running in a x1 PCI extender on Proxmox running two Windows 10 VMs both running Unigine Valley at 14fps. Obviously this card when used properly does 50fps in Valley.

EDIT: It worked in Proxmox but it was unstable and very much limited FPS in Valley compared to putting the card in the x16 slot.

Or you can take some thin needle nose pliers and very carefully bubba the fuck outa it. Just need to be careful of the wires and take off little pieces at a time. Clearly, this voids warranty.

You’ll also want to definitely secure the card to the chassis with screws, so it doesn’t tilt and cross wires.

It will be even a little bit worse than you think in a x1 slot, because that card is PCIe 2.0 only.

But still, it ought to work. Just don’t try doing desktop recording/streaming or 3D. Actually, 3D would work mostly OK until it came time to do a texture load. At that point the frame rate would drop to zero for maybe a whole second.

I did that and broke the x1 socket. Better to hacksaw a slot in the GPU or even saw it down to an x1 card.

It would be a good idea to check the clearance behind the slot to be certain no motherboard protrusions hang up the card. It would be a wasted effort to modify something just to hit another roadblock. I’ve used a GT 710 in a 1x electrical (16x physical) slot and played 0 A.D. on it. It was slow, but so was the card and the Atom based Celeron it was in.

I do hope you weren’t serious.

yeah, once I opened her up the first thing I noticed was the cmos battery was right behind the slot I wanted to use. did have another slot that worked so I got me a nice sharp chisel and peeled the back off the x1 slot. everything is A-OK. Hopefully that will be the last time the inside of that machine sees light until I replace it.

Oh god, I would never. Oddly enough though, there is some crazy russian on youtube that did just that… counted the pins/pads and cut the pcb from the x1 section all the way back! it worked surprisingly.

I’ve done it. Works fine. It was an old and basic card but I needed another video output as the GPU was dedicated to mining. What’s more valuable, the card or the motherboard? 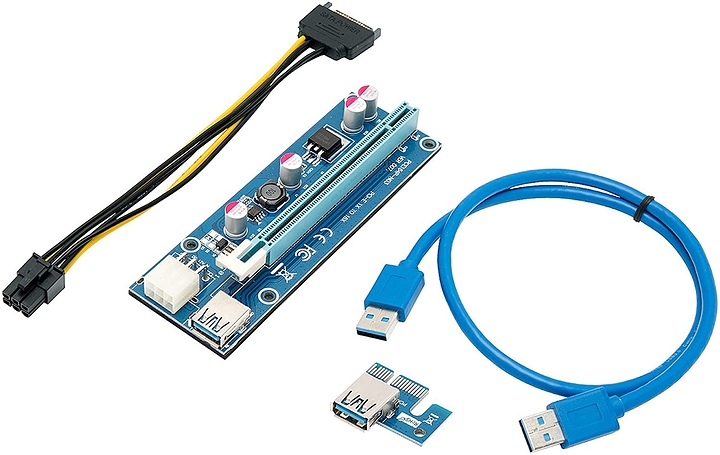 I’ve seen that done with Ethernet cables too. Anything that provides high quality wire pairs.

Dremelling the card is fine. Personally I’d rather use a hacksaw instead, but either works. I’ve done it for a nic.

One thing to keep in mind, is that you do not want to do this for a 75W slot-powered gpu. Power specs vary for different pcie slot sizes, and x1 is not guaranteed to have adequate power. If it is has an additional power connector it will be fine.

I’d use a janky extender for a slot powered 75W card.