Check out our latest trailer below!

The End is the Beginning

The news that you've all been patiently waiting for has arrived. Renegade X is a free multiplayer Tactical FPS game that will be released on February 26, 2014. The release will coincide with the 12th birthday of C&C Renegade.

Renegade X is not an ordinary game. We are bringing the popular "Command & Conquer" RTS series to ground level as a large-scale team-based tactical shooter. Players will be able to fight for two unique teams - the Global Defense Initiative (GDI), a UN international military force committed to world order and peacekeeping, and the Brotherhood of Nod, a messianic international terrorist network that aims to push humanity into the next stage of human evolution.

Players will be able to manage their own economies, choose from over 30 weapons, 15 vehicles, and call in nuclear strikes, Ion Cannons, and airstrikes, and much more.

Each team will have a base of operations that composes of several key structures. Each structure has its own purpose. For example, the GDI Barracks gives GDI players access to special weapons and characters. If the Barracks is destroyed by Nod forces, GDI will lose the ability to purchase these special weapons.

We believe that this gamemode - "Command & Conquer Mode" - can potentially revolutionize the FPS genre. It is the gem that went unnoticed for many years. Now is the time to uncover it.

Our original promise was to release Renegade X version 1.0 in 2013. The game went into its private beta phase in June 2013. We then decided to postpone the release from December to February, as the team believes that an additional few weeks of polishing is necessary. We'd like to deliver a stable and balanced game, and the extra development and testing time would produce that. We realize that this may disappoint some fans, but keep in mind that we are a non-profit team working on this game on our spare time. Our team has had six successful releases in the past, and we have always launched on time. This will be the first time that we postpone the game's deadline.

The closure of Victory Games (EALA) is definitely a factor in our delay. Without going into much detail, Victory Games was going to provide a supportive role in advertisement, distribution, and server and client-side features. Now that Victory Games has closed, we have a few more tasks on our hands.

The multiplayer release will be a beta. That means that although all core features will be in the game, it will not be the finished product. We plan on releasing patches, new maps, and new features throughout 2014. You will be able to post your suggestions for the game and issues with the game, and we will address all of them. With a game as large scale as Renegade X, a public beta is necessary to iron out any glitches and balance fixes that are necessary.

We will be pumping out a lot of news, videos, interviews, and updates from now until release. Can you keep up with us?

You are more than welcome to ask any questions either on this thread or on our Forums: http://www.renegade-x.com/forums/

The leader of Nod's "Black Hand" special forces is this man: Gideon Raveshaw. General Raveshaw is a short, cold, unforgiving man. He possesses unmatched charisma and intelligence. The name "Gideon" is Hebrew for "Mighty Warrior"... that's pretty befitting for a man wielding a railgun that is almost his own size. Check him out.

Carlos Mendoza is mercenary who came to Nod after his methods became too extreme even for the extremists he was working for. He stays in General Raveshaw's employ due to the amount of money he receives for his services. Mendoza has a very confident and arrogant fighter, often insulting his enemies during firefights and gloating. He carries the electrifying Volt Autorifle.

Here is the new and improved 500-credit sniper rifle. Shiny.

In Renegade X, all characters spawn with a default silenced pistol. We will be giving players the option to customize their weapon loudout. Advanced characters will be given the option to exchange their silenced pistol for either the [b]Machine Pistol[/b], a short-ranged fast-firing weapon, or the [b]Heavy Pistol[/b], a handgun with incendiary armour-piercing rounds. We will be discussing other secondary weapon customization options in later updates.

Kenz, one of our beta testers, has begun working on Renegade X's first fanmap, "X-Mountain". The first version of X-Mountain was featured in the UT3 version of Renegade X back in 2009. It quickly became a favourite, and now Kenz is working on a remake for the upcoming release. It's looking really good, check it out below. 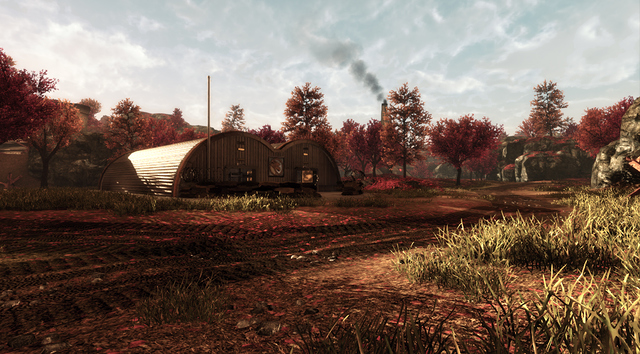 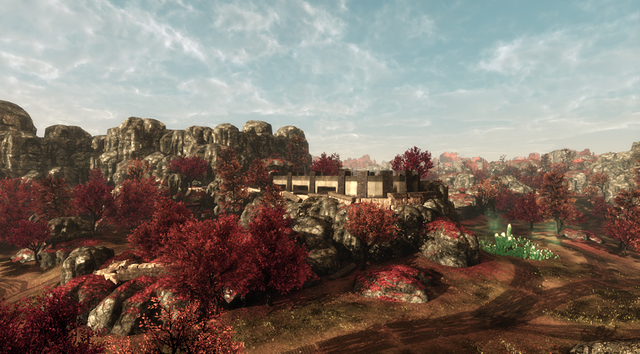 Keep an eye out

We're very excited to be finally releasing Renegade X version 1.0. This is the summation of seven years of hard work. The game is finally playing the way we want it to, and it brings a grin to all of our faces. We'd like to thank you all for your continued support! See you on the battlefield.