A lot of neckbeards have high regards for the design of the model m, but id have to say I'm disappointed. The sandwich of conductive sheets under the keys isn't a very robust solution, and is very touchy. I had to fiddle with it all day to get all the keys to work consistently. I also don't like how the wide keys mount, with one spring and one dummy post. Most of them still are getting stuck down if pressed unevenly. Best keyboard ever? Maybe if all the wide keys were stabilized the same way the space bar is, with a metal rail, and if the keys were modular, instead of the cheap-as-possible sandwich construction. Could have been built better, but this thing was muddy, rusty, and looked like it has spent a good part of its life exposed to water, but it still works. I guess that's all you can ask for. It would be neat to see a buckling spring produced in the cherry form factor.

TWO-HANDED INCREASED TO 109
in c, 109 is the enumeration of the char m

Glad to see you gave it new life.

I salute you sir.

Love restoring old keyboards like that haha, it's soo much fun!

@wendell would be so proud

Man, I actually thought it looked pretty damn awesome all dirty looking, unless that was actually dirt. I liked the faded plastic look. But I am also the guy who buys a shiny new stratocaster and gets it home to scratch, dent, scuff the hell out of it to make it look like SRVs "one" 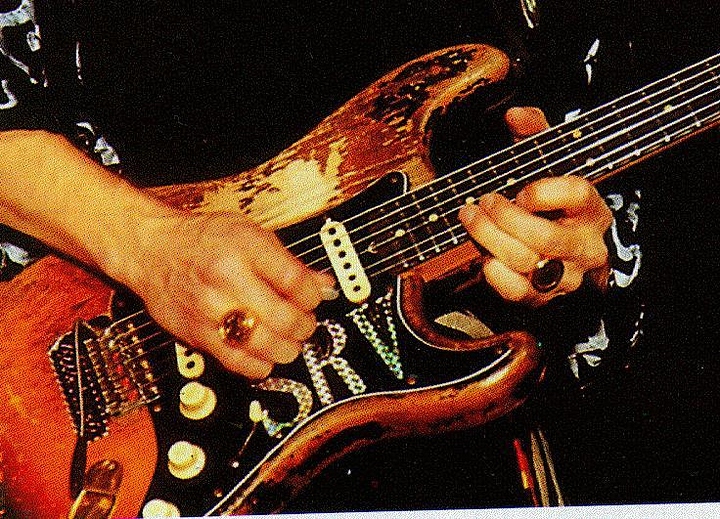 think he called that guitar "lenny" after his wife Lenora who bought it for him at a pawn shop.

nope, you are thinking of the wrong one

We seem to be making this a habit.

always amazed me at how fast he was (sweeping does not count as "speed" to me) playing both sonic low end and top end at the same time.