I am getting all the components together to repurpose my current desktop machine into a new HTPC.

The donor machine is an Alienware Aurora, complete with i7 920, 6GB RAM, Radeon 5870 and Samsung 840 Pro 256GB. Since I despise the Dell board and light up crap, there will be some part exchanges made.

New Configuration   ( Components followed by asterisk are from previous machine. ) 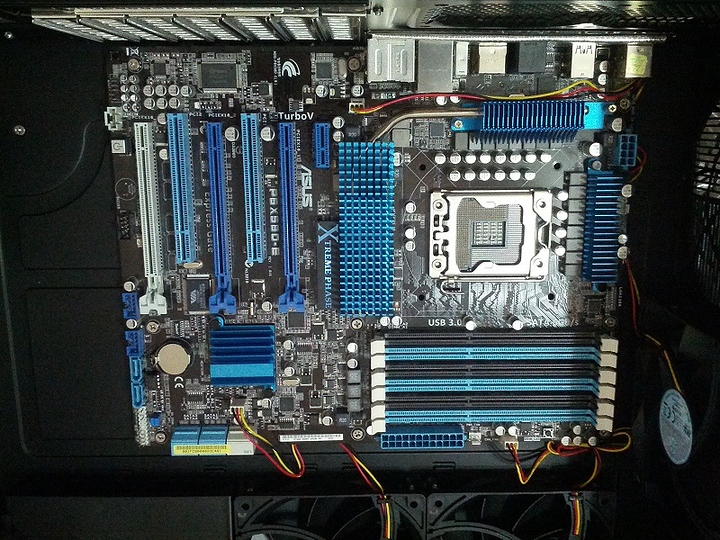 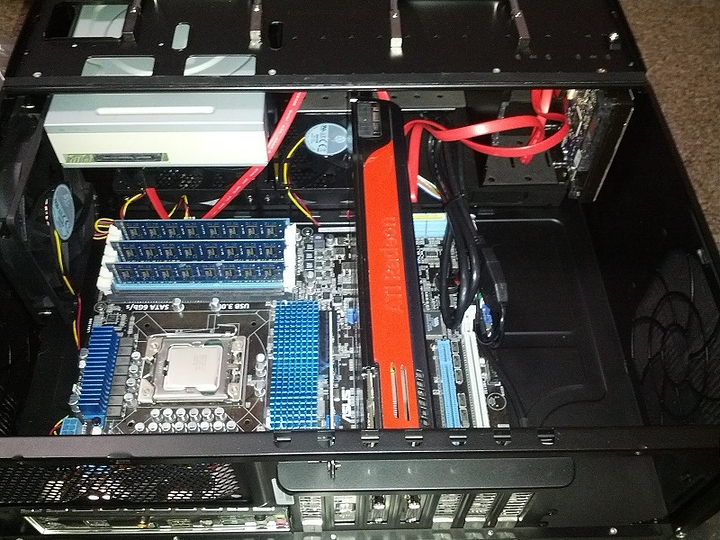 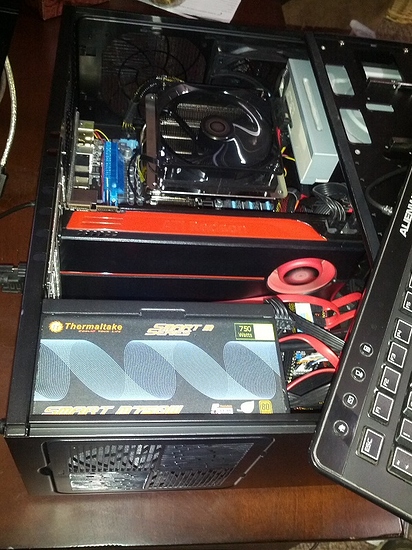 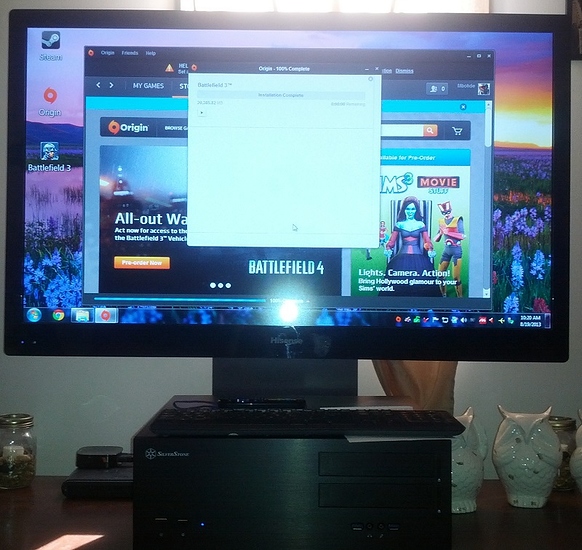 Sure why not. I'm being told that is just a shade overkill.... Guess I will not need a PS3 then.

turn off hyperthreading and see if you can undervolt, you'll need it

Are you concerned with overheating? I've ran the original setup nearly 24/7 for the last 4+ years or so just fine. When assembling yesterday I did come across one problem. The sealed water cooler will not fit in this case. Due to that I have to pick up an air cooling unit.

As far as ventilation goes it is much better than the alienware case I had been using. Not to mention nearly 40lbs lighter.

you can cool it just fine, silence is the main issue

I don't see silence being an issue since hes going to use an air cooler. If he ditches the fans that comes with the cooler he can get anything he wants that's miles quieter than what comes with Air heatsinks these days.

I should be finishing with building this today. I goofed on my cooler selection and grabbed one too tall for this case. Once I have a chance to fire this up and get a handle on noise I'll let you know. From what I've been told the silverstone fans are fairly quiet. If the cpu cooler fan is obnoxious I will replace the fan. The only time I am sure this unit will produce noise is when being used for games. A good session of Borderlands 2 on high detail will cause the graphics card to spin up.

From everything I've seen based on Silverstone fans, they have some decently quiet ones but their high airflow ones are pretty noisy at 60 db full 100% duty cycle. Also I'm pretty sure their fan manufacturer they use to spec fans is Delta. Delta makes really good server grade fans.

I've had this running a few days and have my conclusions. As far as running noise is concerned the GPU fan is the loudest item. It really doesn't get loud enough to notice if not playing games.

Functionality is great, getting a CPU fan to fit was a major pain in the ass. Silverstone does an amazing job of laying out their cases. I could have actually fit a larger GPU if I wanted. Also a modular power supply is a must. If not I would recommend taking off your casing and de-soldering the unnecessary leads. My wife has been very resistant to the idea and she loves it. The SMK presenter "mouse" is a nice unit, very user friendly. It has a laser pointer if you want to screw with the cats mind as well.