Recommendation for the next 10 years

Recently lost some equipment while doing a home renovation. Now looking at building a new network to replace the old one centered around a single modem w/GS-108 switch.
The basics are I have two separate ISPs (one ISP services a grid server) and is isolated from everything else.

The second primary system ran from the ISP to the modem the modem is linked to an EEROS Wi-Fi and then to the GS-108 before it died. The problem is this system has been facing some severe bottlenecks. I am running 4 PCs with 10G NICs, 3 smart TVS and about 30 wireless devices (smart bulbs, amazon smart plugs, echo devices, security cameras. One of the PCs is a PLEX server that our extended family uses for movies (this machine has 120TB of data backed up via the network to a NAT box. When the backup is running everything slows/stops dramatically.
My son has suggested that fiber is a possibility but I’m sure the cost is prohibitive and my skill set does not include terminating fiber NICs (even though I have seen fiber NICs for about $50 USD. All the machines are hardwired and the Wi-Fi is only used as needed for guests and the above mentioned devices. A 16 port switch would cover it but that is where I’m stuck. My PC knowledge simply doesn’t extend to networking. Any thoughts before I close up the walls in the next few weeks?

Should I go 10GbE, 100 or Fiber? and if so what device config would probably work best?

Given that you’re renovating the house/location, I’d suggest putting in fibre cable anyway. Terminated fibres are available from a number of outlets, one highly praised is https://www.fs.com No personal experience though.

As for a suitable router, consider Mikrotik amongst others like TP-Link etc. Here’s an example from Amazon:

The new Cloud Router Switch 317-1G-16S+RM is a rack-mountable manageable switch with Layer3 features, it has 16 SFP+ ports for high performance 10GbE connectivity and a 1GbE copper port for management. CRS317-1G-16S+RM is powered by a next generation...

Again, no personal experience. On the Serve the home YT channel there’s an overview of (cheap-ish) optical routers from last Summer.

For your network layout, consider aggregating 2 or more fibre connections to allow more data to move between points like the router and Plex-server.

I second the fiber suggestion, with fiber you never have to redraw another network cable. You can go as fast or slow as you want, split one, two or many ports, and the only thing limiting your experience is how good your end points are at interpreting and multiplexing a 1 000 000+ GHz signal.

As a point of reference a 10 Gbit CAT6 ethernet cable is clocked at roughly 5GHz.

Thank you. Now this may sound like a noob question but the more I read the more I try to complicate things. Based on what you and Wertigon suggest, (and as I understand it). I simply need to run a fiber link from the current Comcast Business Class modem to the MikroTik switch and then fiber links to the devices attached with 10GbE fiber enabled NICs. Is it this simple or am I missing something. I looked on the FS.com site and saw they have MM cables reasonably affordable that would cover my entire network. I’m just feeling like I’m missing something.

Let’s start with a little basics on fibre network stuff. I’m using the switch I linked to earlier as an example. On the right you see 2 RJ45 jacks. One is labelled console, the other as eth/boot. The console jack allows you to connect with a serial port (RS232) to the switch and configure it exactly the way you want. That’s high-level stuff, way above our pay-grade

The eth/boot jack offers access to the web interface of the switch, in enterprise environments this is usually a physically separated network that has no internet access. You can’t use those for your internet traffic on your network.

On the left are 4 groups of 4 metal cages each. These are just that, placeholders. For a connection (fibre, ethernet) you insert a suitable adapter. This adapter translates the bare signals coming from the switch chip into something the other side will understand and communicate with. If you decide to use a fibre cable to your modem/router, said device must have a similar cage and adapter to accept the signal coming though the fibre core. If it only has RJ45 jacks, you can only use regular copper wire network cable (Cat6, preferably). The same goes for every other device you want to connect to the switch via fibre: if it has at least one cage and adapter, you’re good, otherwise Cat6 cable is your friend.

Now, these adapters come in various speeds. The basic one is SFP, which limits to 1 Gb/s. Then there’s SFP+, which caps out at 10Gb/s. Next level up is QSFP for 40 Gb/s. There are more levels, topping currently at 400 Gb/s, but QSFP is already way overkill for your situation, and faster speeds mean exponentially more money changing hands (from you to whatever vendor you choose) and probably long(er) lead times for devices too.

So, for now, limit your fibre investment to SFP adapters, upgrading to SFP+ is pretty easy in the future, should you need it.

I looked on the FS.com site and saw they have MM cables reasonably affordable that would cover my entire network. I’m just feeling like I’m missing something 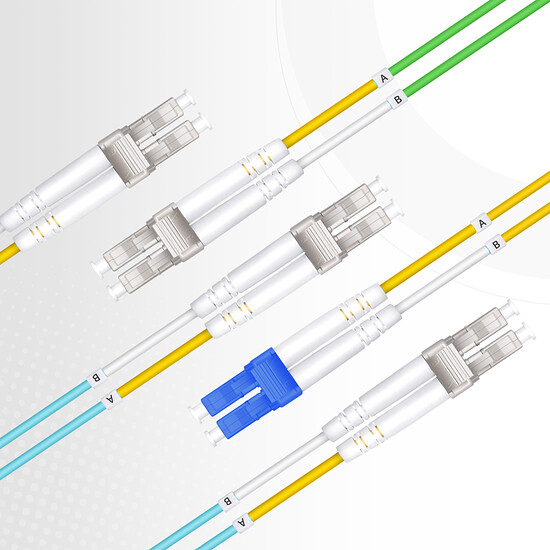 are the fiber cables you want if you want to future-proof your network, as they will support 1/2.5/5/10/40/100Gbps ‘provided’ you use the correct transceiver 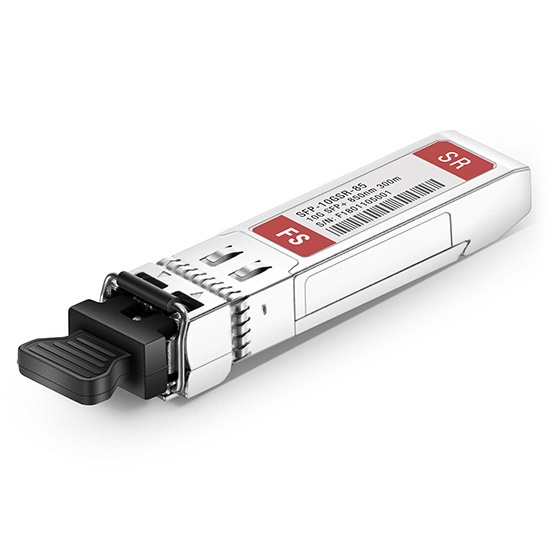 for 10Gbit, more expensive ones (way more expensive) for 40GB and 100GB, and all of the ‘pairs’ will need to use compatible ones (e.g., same speed)
If you have computers near the switch, you don’t even need the transceiver and can use TWINax copper cables, like the one in this ebay auction: 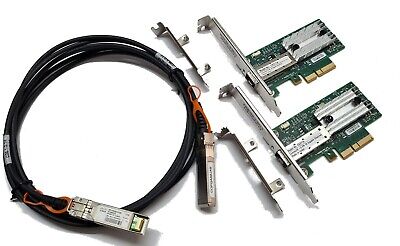 If, on the other hand, you have a computer that has already 10Gbit/copper (10GBaseT) you will need to use a cat6 copper cable to the switch, and use one of these: 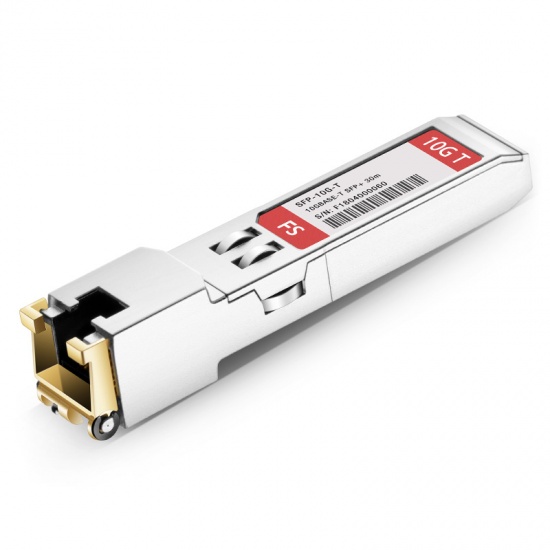 The copper transceivers cost three times the fiber ones (but usually you need only one) and use way more power
There is only really one thing you must pay attention to … depending on the switch you end up using, you must make sure you buy ‘compatible’ transceivers (that is why on fs.com you will see difefrent variants of the same one) … the more ‘name brand’ switch you buy, the more usually this is a factor.
Mikrotik, Ubiquity, and Brocade are fairly liberal on the type of transceiver they can take (as long as it is good quality)

As for the NAS backups taking over all the bandwidth for other clients, the usual ‘trick’ is to add a second nic/pacth between the server and the backup, either direct or through the switch, and have backups run a separate path from normal traffic …

Thank you. Now this may sound like a noob question but the more I read the more I try to complicate things. Based on what you and Wertigon suggest, (and as I understand it). I simply need to run a fiber link from the current Comcast Business Class modem to the MikroTik switch and then fiber links to the devices attached with 10GbE fiber enabled NICs. Is it this simple or am I missing something. I looked on the FS.com site and saw they have MM cables reasonably affordable that would cover my entire network. I’m just feeling like I’m missing something.

fiber Ethernet is very simple, hardly more difficult than normal copper Ethernet that you are used to. The NICs and switches are basically the same, but instead of connectors on them you just have a blank spot and you can put in the connection you need.
90% of fiber connections use an LC connector, basically any normal internal LAN networking uses these. It is the standard, just like RJ45 is the standard you are used to on the copper side. That is simply the connector.
If you buy a 10gb NIC then you buy a 10gb SFP transceiver to go into the blank spot. If you buy a 100gb NIC, then you buy a 100gb SFP transceiver to go into it. You dont really need to worry about SFP, SFP+, QSFP, SFP28, QSFP28, etc… None of that matters to you, as the proper “SFP” you need will say it is the speed you need. Just go by speed.
Really the only thing you ever have to be concerned about and watch out for is single-mode vs multi-mode transceivers and fiber. If you have single-mode fiber then you buy single-mode transceivers. If you have multi-mode fiber then you buy multi-mode transceivers.
As for which to use and buy (single or multi), just pick one. It doesn’t matter much for home, but whatever you pic then always use that going forward. I would go single-mode as it has a larger upgrade path, but it honestly doesn’t matter.

In another thread where you asked me a question, I responded with product links. You can use those to know what you need.
@MadMatt also provided links in this thread. He posted multi-mode product links and in the other thread I posted single-mode. Pick whichever, it doesnt matter. Just dont mix single and multi in the same network, choose one or the other.
MM is usually a few bucks cheaper than SM, but SM has a little bit higher upgrade potential usually (MM is a gen behind) and SM also has longer distance running at full speed. Neither of those things will matter much to you, as MM can do 100gb networking at 150 meters, which is already longer range than copper Ethernet is rated for, and you probably wont need more than 100gb LAN for a VERY long time.