RAID over multiple partitions in a single drive?

Is there any possible benefit to setting up a RAID array of partitions in a single drive?

I can't imagine so no, I mean maybe it'll save you from a corrupt file system or something if you split it up into 2 partitions, but I'd imagine that it would slow the drive down immensely.

I think it may work but only as a software trick in Windows obiviously. The only kind of benefits you could get would be redundancy of files but still on the same disk so still not 100% safe. You could setup a RAID 1 between two partitions, for example, to save you the hassle of keeping a backup copy of the disk but the writing speed of the drive would fall a lot. More than half of the writing speed of the disk would be gone for sure, if we're talking about a mechanical drive (about half of the speed would be lost because you're writing double the data through just one SATA connector and you'll loose many more time because of the seek time of the disk). Also if the disk gives out you'll loose eveything, defeating the purpose of a RAID configuration.

No it's a bad idea, it offers no redundancy and you'd just take a pretty serious performance hit. You're better off just storing a backup copy on the same disk rather than using RAID in that configuration.

It appears you may have the idea of RAID wrong. RAID is where you stripe, or mirror data across several hard drives. I.e. if you have 5 hard drives in RAID 5, data is striped across each drive and parity data is stored in case of drive failure. RAID increase read speed by a considerable degree, and write speed at a less considerable degree. RAID 10 is my favorite RAID type, and it all I use in my organization but is more expensive in terms of disk cost, but gives much better R/W speeds.

A partition is just a logical wall built between sections of the same hard drive. You don't get any performance increase (at least noticeable) from partitioning off a hard drive and keeping data elsewhere on the same drive.

i guess you want this for speed.

wil you have more speed? no because the speed advantage a raid 0 gives you comes out it being able to send 1 big packige to multiple dirves so it can use the speed of all the drives.

raid 0 with 2 drives => you putting packages from 1 place to another with 2 hands.

raid 0 with 1 drive in multiple partitions => you putting packages from 1 place to the other with 1 hand.

normal drive => you putting packages from 1 place to the other with 1 hand.

hope this makes it easy? :p

To everyone, thanks for the info, it's greatly appreciated :) I was just curious if, at all, any benefits could come of that. As I can see, no, there's none. Even if I was simply mirroring I'd be better off just creating identical copies of the file in the same partition.

Yeah, mirroring only protects against disk failure, so it doesn't help if you're mirroring on the same disk.

I’d like to ask - although many disadvantages have been already pointed out - if it could be anywhere close to good idea mirroring/RAIDing partitions of the same SSD only to have OS installed there. I’d like to emphasize I don’t seek any data preservation as I backup my data independently. The problem I recently encountered is I lost my OS drive and the down time was too long. I’d like to have small SSD for OS and some programs, the data would be separated, which as I understand, would result in many reads and not so many writes to that drive. Is there any configuration that could be good for such approach?

So 3, almost 4, years later I’ve gained quite a bit of knowledge and realized that for an SSD this is an extremely unattractive idea. I don’t think that there’s much benefit except if doing it in a mirrored configuration and even that, you’re limiting the life of the hard drive and complicating your OS setup for little benefit.

It’s not even that realistic, either. Consider that drives usually fail little by little, then all at once. Before you actually notice any degradation (thanks over-provisioning), there will already be some NAND circuit failures.

It’s very unlikely that these failures will bound themselves to one of the two or more partitions you create for mirroring. Save yourself the hassle and buy two SSDs. They’re cheap enough today that it’s not going to make much of a dent in your storage budget. 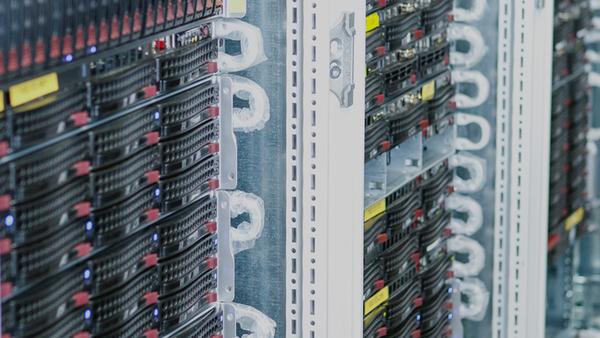 Most used RAID levels and a breakdown on advantages and disadvantages for each of them.

your best bet is to do what I have done for critical servers
clone the os drive onto a separate drive and store it away from the original machine.
if the original drive fails the clone can be swapped into the machine in a very short time frame.

the only time you would have to update the clone is when you make significant changes to the system configuration files.

My own clone drive and os drive is in hot swap trays so its just shutdown, swap and reboot!