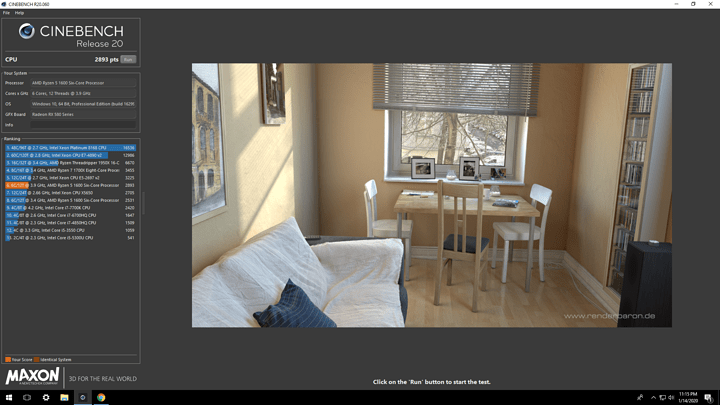 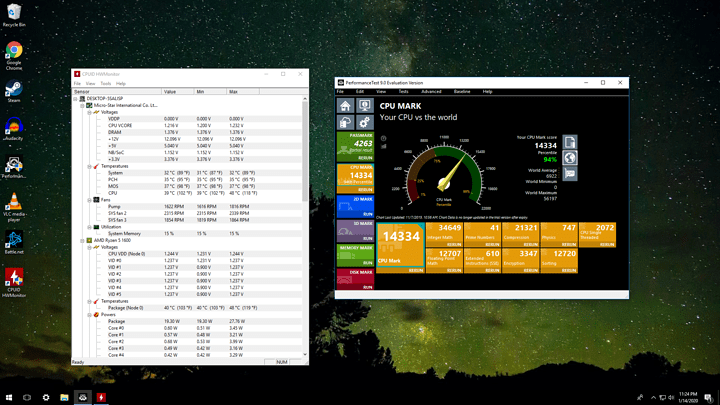 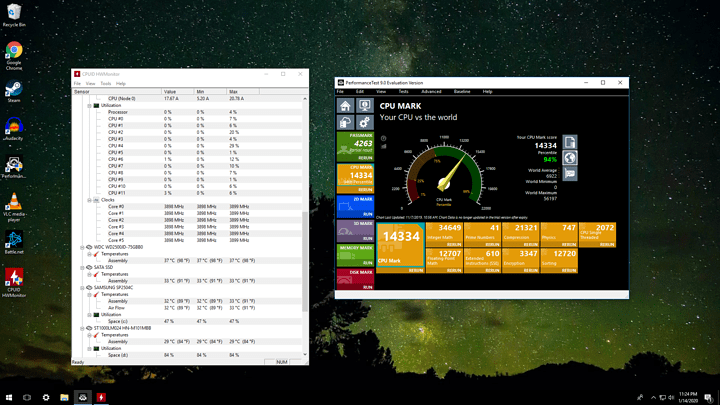 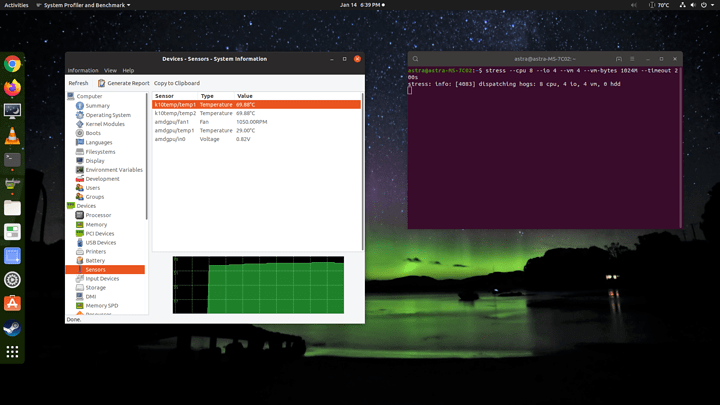 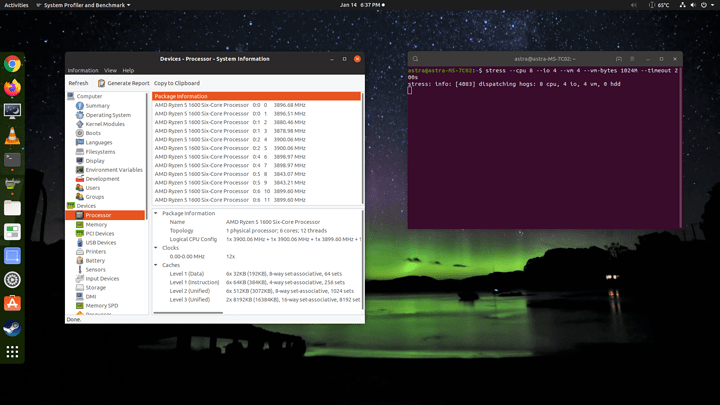 Fooling around with OC for the first time - performace on R5 1600 @ 3.4 (from 3.2 w/ MSi game boost) and 2933 (provided XMP profile #2) has been more than adequate for my purposes, but I got bored the other day and decided to see if these could be pushed a little. Currently seem to be running stable at 3.9 across all cores, 3.2ghz on RAM. I didn’t grab screenshots of benchmarks when I tested @ 3.4/2933 (3.6 boost on 2 cores?) - but they were pretty much exactly on par with expected/average - i.e. there is a notable improvement of 8-14% w/ current config. Questions:

Stability testing for 8-24 hours is a rule of thumb as some errors only occur under certain combinations of factors that may not occur in a short stress test (e.g. a particular function may not end up running on a flaky core in a way that exposes the flakiness).

Any general (or specific) warnings or recommendations for the [mostly] uninformed casual user screwing around with this?

By all means play; be careful with voltage… and consider if the risks you’re taking to stability and possible hardware damage are worth it for your use case.

Also, precision boost may get you almost all the benefit (or more on single core) than a manual OC will.

If you like tweaking, fair enough but from the sounds of it the system is fast enough anyway?

I would however recommend a better cooler. The stock Ryzen coolers are way better than intel, but even the prism (stock on my 2700X) makes more noise than i wanted… so i got a 280mm CLC instead, which has made it near silent, better temps, and precision boost works pretty well (i get 4150-4200 on all cores without touching anything - that’s ryzen 2000 series though).

Supposedly it’s got newer silicon (is there even a thread here on this?). Just ordered one today. Seems like the best CPU deal in ages. I don’t know much about OCing more modern stuff, but I figured others can help better if they know exactly what you are working with.

Thanks for your reply.

In terms of stability testing, I suppose I was wondering: if we presume that we risk system damage during normal use when OCing, doesn’t stress testing for that long kind of double-down (or quadruple-down?) on that risk?

As far as voltage - it hasn’t changed significantly (if at all), if the reading can be trusted (cpu ratio and ram profile changed; voltage left on ‘auto’).

I wondered if I might lose single core performance with the all core OC, but this doesnn’t seem to be the case - in fact the benchmarks are showing an avg 9-10% improvement… this actually seems in line with the boost in clock speed - standard turbo/boost is 3.6, vs. the 3.9 OC.

I’m considering a better cooler, perhaps a Noctua NH-D15, as it seems like a reasonable investment/should still be in good shape for the next build/etc - but given the temps I’m getting seem to be well within acceptable limits (35 Idle, 70c stress, maybe 45-55c running games but haven’t done a lot of testing yet), do I really need it? Probably will get anyway at some point, it just doesn’t seems like there’s any rush.

I have the original version. The AF should perform even better, and absolutely - it’s a fantastic deal.

In terms of stability testing, I suppose I was wondering: if we presume that we risk system damage during normal use when OCing, doesn’t stress testing for that long kind of double-down (or quadruple-down?) on that risk?

Well… if you aren’t using stupid voltages then the CPU should throttle if it is from the past 10 years, if it gets too hot.

But this is the point of stress testing. Put it under the worst conditions possible and see if it still runs OK.

If you haven’t changed voltage at all you have nothing really to worry about.

Where things do get dangerous is if you start raising voltages in order to try and get an overclock stable. Higher voltages = a lot more heat and if you go high enough (and this varies from CPU to CPU and there’s no across the board rule of thumb - because the public is just guessing and experimenting most of the time) a risk of electro-migration damage to the core.