Having a weird issue with a new Proxmox Install. I’m using a ZFS pool for my VM’s, and snapshotting without including RAM works just fine, and runs near instantly. But if I check the box for include RAM, it gets hung and does nothing, no output whatsoever. It is actually creating space on the ZFS partition, but, it never finishes. I end up having to stop the task, unlock the VM via qm unlock (It is stuck locked), then delete the snapshot via commandline via the .conf file to get it to disappear from the GUI. Then I have to zfs destroy the zfs storage that gets made for that snapshot via zfs destroy. I have updated all the way, and have images below showing what’s happening. Has anyone dealt with this before? 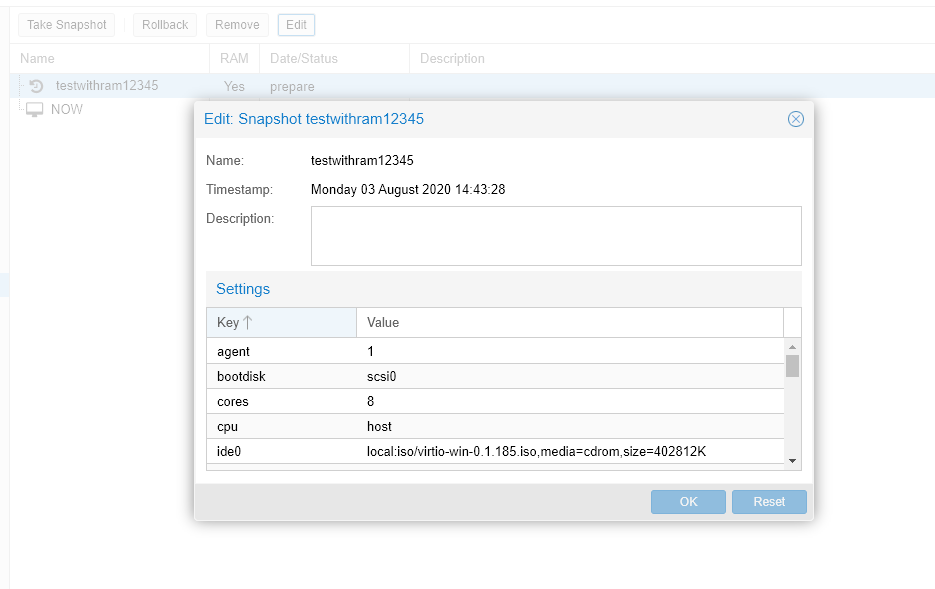