Please watch it is big thing!

you could make a difference maybe!

SORRY NOT REPLYING I WAS AWAY
.this was a test that how would people react.
well it was interesting people did understand the issue and some did not believe.
good researcg.
thanks

Tell me you're joking.

i was lost at 5min... as there wasn't enough explanation on what does it do... he didn't take it apart didn't show components... just stated radiation... no proof shown... what the hell... looks like another propaganda video.

but 'smart' yeah it could be used for spying yet, its quite useless comparing to other devices like smart tv's, smart phones, smart whatever.

Spent 4 years doing rad health and this guys is charlatan.

Let me guess you don't believe in vaccines either.

Vaccines actually degrade your immune system. They do protect you from one specific disease but over time your immune system becomes weaker. The use of vaccines in early age is also linked to autism because some of them contain mercury that is damaging the nervous system.

I know nothing about Electromagnetic radiation but I guess it can be harmful depending on its intensity. If you put 800 phones around a raw egg and the phones are sending and receiving signal the egg will get cooked.

You local cell phone towers and radio station put out an exponentially more power than that little meter does. Bet your WiFi is more powerful as well.

I am not even going to touch the vaccine thing. Even though the UK study linking it to autism was debunked many years ago. If you don't get vaccines please don't go into the general population.

If you put 800 phones around a raw egg and the phones are sending and receiving signal the egg will get cooked.

Yes because it is heat it is like saying you should never have a light bulb, central heating or a fire since they all raise ambient temperature.

I live in a city of 7 million people. The last time I received MMR booster I got such high fever I was sent to hospital for 2 weeks. I think i'm alright thanks.

Most likely you have a bad immune system to begin with or it was another cause. Correlation does not prove causation.

Vaccines haven't contained Mercury in decades, and when they did, it was a non-toxic form, called Ethyl Mercury. How My Daughter Taught Me that Vaccines Do Not Caus...

“It’s fun to watch you both grow up,” the doctor said, putting a Band-Aid over the site where my three-year-old daughter had just received the MMR vaccine. At first, I bristled at her condescension, at the idea that I somehow still had growing up to d...

I'm not even bothering with your bullshit on cellphones. Next time you decide to post misinformation don't do it on a forum where scientifically competent people post on a regular basis.

Can we ban the op's mac? @wendell

The entire anti-vaccination movement started with Andrew Wakefield 25 years ago. And it was a scam. He was payed to find evidence against one type of vaccine and then he got caught and convicted of fraud. People forget these things easily because no one in the media cares enough to remind them. A bunch of shitty tabloids then started spreading stories about how vaccines cause autism because people are so fuckin' stupid they read that crap and believe every word without questioning. To this day there has been no scientific evidence that vaccines cause autism or that they degrade your immune system.

Im sorry I just dont agree with this video. He clearly doesnt know much about this subject since he spoke for 10min without really saying something. Blaming lost jobs and sick days on a smart meter? I think not. If people are worried about EMF and radio waves (Non Ionizing) then your in the wrong alternate universe because this is simply how physics work in our world.

The only downside to these "Smart meters" is they can tell when you are most likely home or not. So you have a log on when you are there or not. Upsides are the utility doesn't need to hire a meter reader to walk to every house each month. Saves the company money and that in some ways will be passed down to the customer. Other advantages is they can pull real time data from each household that can help a distribution operator better direct power flow to areas that need it. This will reduce brown outs in heavy used areas. Probably the most beneficial is by polling meters they can tell when there is a power outage. Typically on a distribution network they dont know if a Down wire is down until someone calls then and complains the power is out. By polling real time data they can tell when an area isnt getting electricity and can go check it out to see if there is a blown transformer or downed wire. This is a huge increase public safety.

If your worried about then knowing if your home or not by the data and how much electricity use you are using then just keep the air conditioning on all day that will throw them off.

Posting governmental links and wikipedia articles does not make you scientifically competent.

I have been told twice by different nurses that vaccination weakens your immune system in the long run. It is entirely possible that it is you who is posting misinformation on this forum.

So what you are telling me is, you are basing your argument on the opinion of a nurse, without peer reviewed articles from well respected organizations or even so much as a shred of evidence? Are you denying the well known and documented scientific fact that Ethyl Mercury is not toxic? Then your argument can be dismissed as swill because you have nothing worthwhile to support it. Heresay and opinions are not equal to scientific fact, in spite of how you feel on the subject.

I have been told twice by different nurses that vaccination weakens your immune system in the long run.

A couple of homeless people on the subway told me that pissing on the third rail gave them super powers for a night. 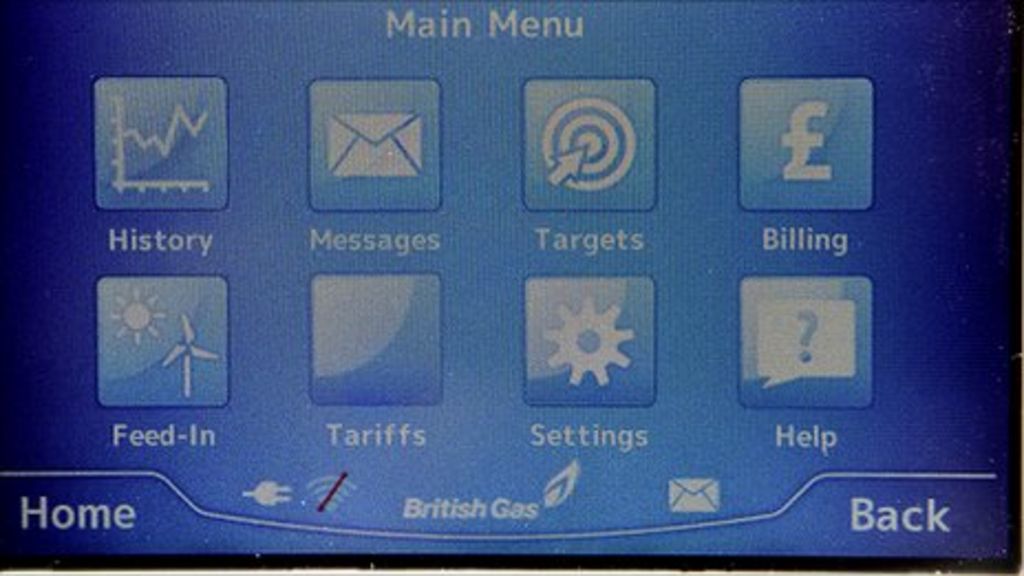 British Gas begins rolling out smart gas and electricity meters to 10 million homes in the UK.

I may be getting something similar to these 'Smart Meters' soon.

The government has ordered that all homes be fitted with smart meters by 2020 in a bid to reduce carbon emissions.

They allow you to monitor the cost of their electricity and gas consumption in real time, and eventually see how much power individual appliances are using.

It's true that I have no evidence to back my claims up. However I don't trust the sources you have provided. Just because something on the internet is written by Mr. Scientist XYZ doesn't mean it's true. If there really was no correlation between vaccines, IS weakening and autism then those rumours wouldn't exist in the first place.

I don't trust the sources you have provided.

Then there is no point in continuing the discussion, is there? If you won't listen to my points or trust my sources there is nothing I can do to convince you. I'm not a fan of exercises in futility.

And yet you don't ever reply with ANY evidence beside a personal anecdote... Do you have something empirical/ peer reviewed? preferably both

If there really was no correlation between vaccines, IS weakening and autism then those rumours wouldn't exist in the first place.

Ooh just like if there wasn't some truth about Elvis still being alive, and the royal family being lizards then the rumors wouldn't excist? Da fuck you smoking?