I will be doing a permanent dedicated SFF PC build for LAN events. During my last trip to QuakeCon I had a bad experience when it comes to traveling with a mid tower while attempting to travel via Amtrak, it seems that no electronic items can be checked in 0_o. But can be used as carry on if size permits, hence this build log. My next two LAN events will require travel (one in Indiana and the second PDXLAN at Oregon). Even though I may drive to both there's the possibility that I may choose to fly and take my build as a carry on when I do.

Since I am a US Army Vet and decided to start getting involved with Operation Supply Drop I chose to do a military themed build. The case I will be using is Fractal Design's Node 304 in black, but will paint an OD Green. I intent to cut in a window on top panel, replace front panel and its I/O, add case feet and a carrying handle. I'll edit and add custom parts from MNPCTECH with links below. Thanks to Bill Owen for sponsoring me with parts for this mod (see links and pictures below).

I will post updates as build progresses. In the meantime it's time to break case down.

Note will either use two 92mm 0r two 80mm case fans for custom front panel, will know more as I start mod.

Removed rubber "case feet" and discovered screws underneath. Seems like there's a bottom plastic like tray that can be removed as well.

I chose to remove this bottom "tray" for better installation of custom case feet.

Removed two front 92mm case fans, will cut out these fan mounts for custom front panel and replace with another 92mm or 80mm fans.

Removed built in fan speed controller since I will not use.

Removed PSU bracket and top bar which supports the three hard drive trays which I will not use either.

Removed the left side GPU filter.

Removed the right side PSU filter.

Everything has been broken down and removed, will take measurements and prepare to start cutting and drilling before painting.

PSU bracket and internal PSU cable in one easy to find place/bag.

Small update - Sep 8, 2015: I have started the process towards a custom front panel mod. I have cut out the front brackets that help the included 92 mm intake fans. May replace with either two 80 mm fans or one 120 mm fan. More to come soon.

Phew, it has been very hectic lately and drove from Fort Smith, AR to Portalnd, OR for PDXLAN :huh: Here are some updates (finally)!

Paint and added a custom top fan mount for intake

Updated look during second use (LAN event). Changed case feet and handles for PDXLAN. These are from MNPCTECH as well

Nice build, im always really nervous when it comes to using the dremel, i can never keep my hands still. Probably why my cuts are shit xD

nervous when it comes to using the dremel, i can never keep my hands still

Actually the trick is to just use a guide like this attachment. There's 2 techniques (boarder guided and bit guided). Each has their pros and cons. Boarder requires extra space and bit requires a bit that's smooth at the tip or at least a guide material harder than the material you're cutting into (then you just need a lot of lubricant on the guide). As for the guide rail, just thin double stick tape will do the job (just make sure it's wide enough not to push off as you cut). Also, for edge cuts, don't start from the inside, always eat away at the extra material first, otherwise the dremel will just take your arm for a ride. 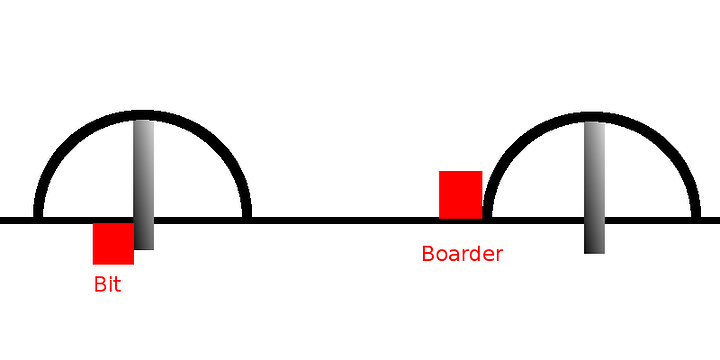 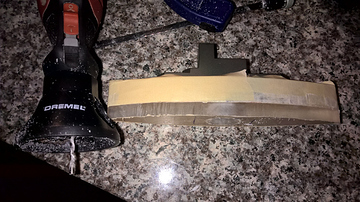 Awsome case; are you going to be at Lan Syndicate?

Thank you, I was nervous at first as well. I used an old PC case to practice with and it helped with getting used to tool.

Thank you. Not sure at this time, but will try to attend LAN Syndicate.