Thinking about making a custom heatsink for my laptop. Can source the heatpipes, copper block, copper shims and fin stacks from eBay for about £30. Need to check out places around here that could CNC the block from provided drawings.

I’ll take it apart tomorrow and take some measurements. Would want to make a full cover block to help VRM cooling, too. Only problem I can see running into would be a good retention mechanism. Probably just be easier to desolder the tiny brackets from the current heatsink, but we’ll see.

I got rid of my desktop setup, and switched over to this laptop about 6 months ago. It’s great for everything I need it to do, and the CPU is about twice as powerful as my overclocked 4960K was, but I’m not happy with the temperatures it runs at whilst under load.

I’m running it with a -135mV offset on the cache and core. Rendering, it hits above 95°C on a couple of cores straight away (no matter how many times it’s repasted). Loading both the GPU and CPU results in it thermal throttling, which means that the FPS tanks in 3D viewports, or games. 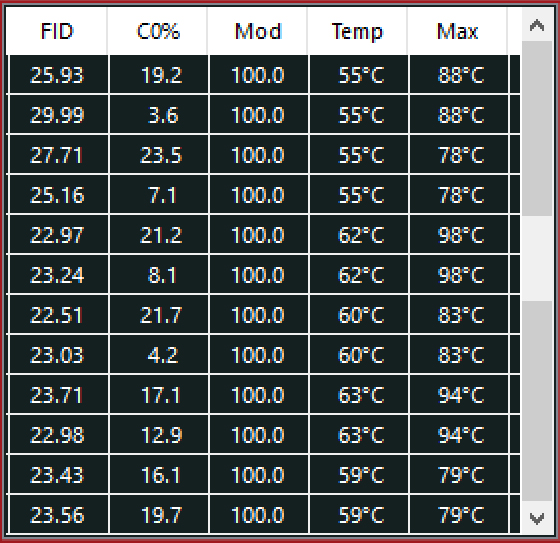 The aim of the new block is to add more thermal mass, making it take longer for the heatsink to heat up/cool down, and therefore give the fans a longer amount of time to ramp up and down; cover the VRM, to stop power limit throttling; and even out the temperature delta between cores, which is currently more than 10°C at load.

Decided that it might be easier to get a second hand heatsink, and desolder the heat pipes and fins, instead of starting from new. The blocks are the main problem, IMO. Might add a 50mm long heat pipe to move more heat away from the CPU, but positioning will be weird.

Noticed that no one’s measured the temps of the ICs on the right hand side, where they’re normally covered by a little EM shield type thing. 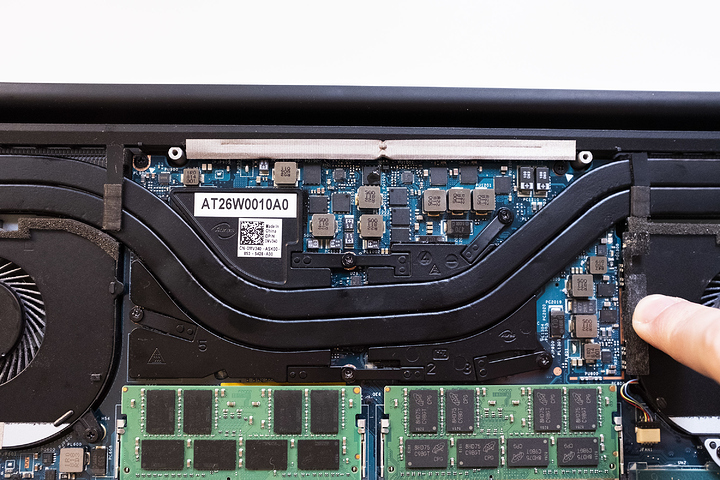 Going to print this first drawing to scale, and then make any corrections. I’ll try and get a quote to get that CNC’d tomorrow once it’s finalised. 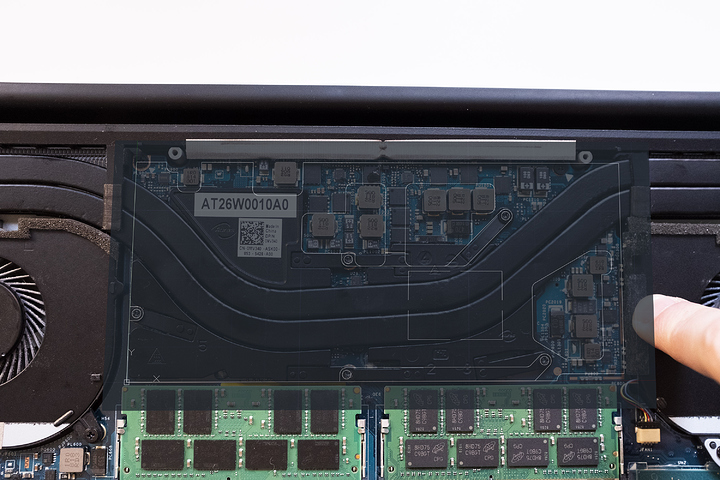 Looks like I’ll need to widen the cutouts by a couple of mm.

Cut out a template, and made the adjustments based on that. I’ll check this one in a bit, and add a groove for the heatpipes to sit in. 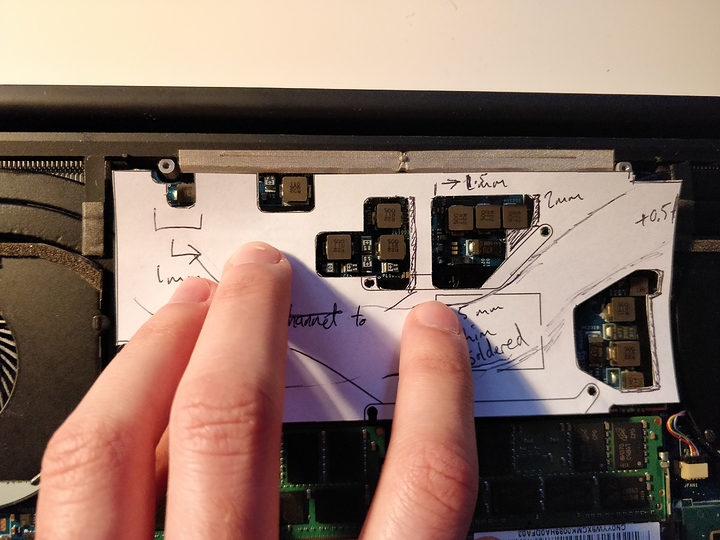 Once I have everything in the right place, I’ll put the drawing into SolidWorks and see how it looks. Can potentially try a thermal simulation with it.

Extended the top corner, and added a notch for one of the motherboard screws to hold it down. Got rid of any material which was in the way, and slotted the outer screw holes.

Very technical way of doing the slot for the heatpipes. Marked the centre line on a template, then took a photo and overlaid it in AutoCAD. (What’s a scanner?) Then just offset the line each way.

A bit of a gap shouldn’t matter too much, as it could just be filled with solder. 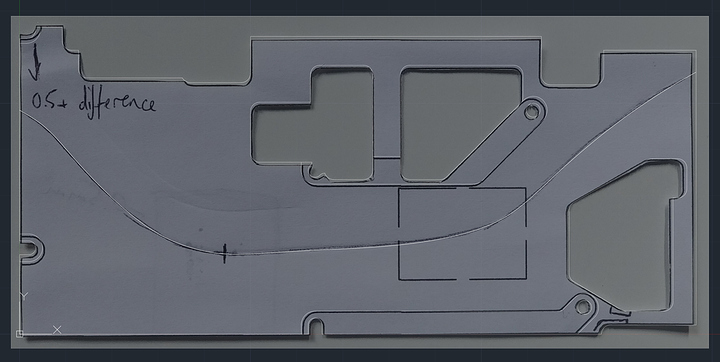 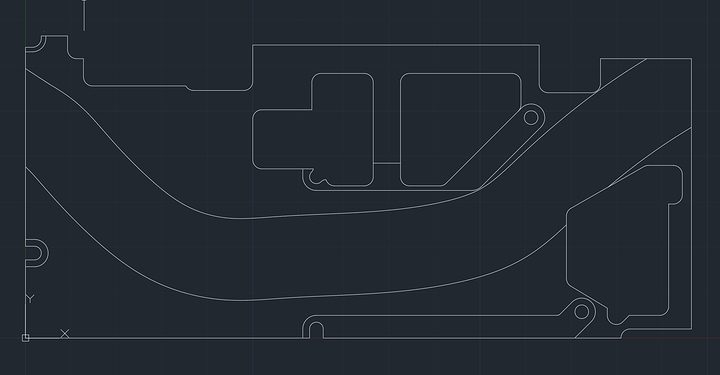 A bit of a gap shouldn’t matter too much, as it could just be filled with solder.

That might be a stupid question, but can heat-pipes be soldered without damaging them? A lot of times I see them mounted with some “thermal” glue and in the few cases where I see solder I assumed they were filled afterwards.

I’ll need to look that up.

Nice project by the way! I will follow it closely.

I’m going to give it a good go, and hope they don’t pop haha

Hopefully they’ll be fine if I continually move the blow torch. Think the best thing to do might be to cover the channel in flux, cut up some solder, and place it in the channel between the pipes and plate. Then fill in the sides once it’s dropped into place.

The difficult thing will be stopping the fin stacks from falling off the ends while doing this.

cover the channel in flux,

Absolutely the way to go!

cut up some solder, and place it in the channel between the pipes and plate.

Depends on your gap, but from my experience feeding solder in from the side works very well when you are at the right temperature, no voids being trapped that way.

Now I am doubly interested. I wish you the best of luck!

Found the solution to that problem. Can use low temp solder paste (melts at 138°C). Less chance of rupturing the heat pipes.

Not sure how much web searching you did, but I found this: (no mention of any special solder)

There arent many topics one heat pipe soldering here so I thought Id share my first experience. Heres a relevant Log from @iamdarkyoshi which I really liked and wanted to reference here also I have a 2010 HP Pavilion dv7 4000 from 2010 i5 M450 with...

I have not found reports of bursting pipes yet, besides the obvious warnings that it might not be a good idea to heat a pressure vessel.

Yeah, saw that thread yesterday. Think I’ll have to be more careful with the heating, due to the pipes being a lot thinner on my laptop.

Will probably do what they did and just heat the CPU/GPU mounts, and let the heat pipes distribute the heat. Already worked out how I’m going to hold it all in place when joining it all.

This probably won’t be the final design, but it’s near enough. Weighs 135g. 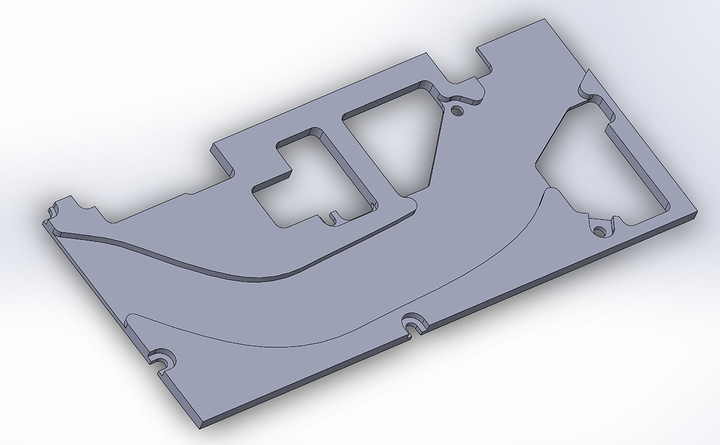 Heatsink, screws, washers and spring turned up. Might try desoldering that today. 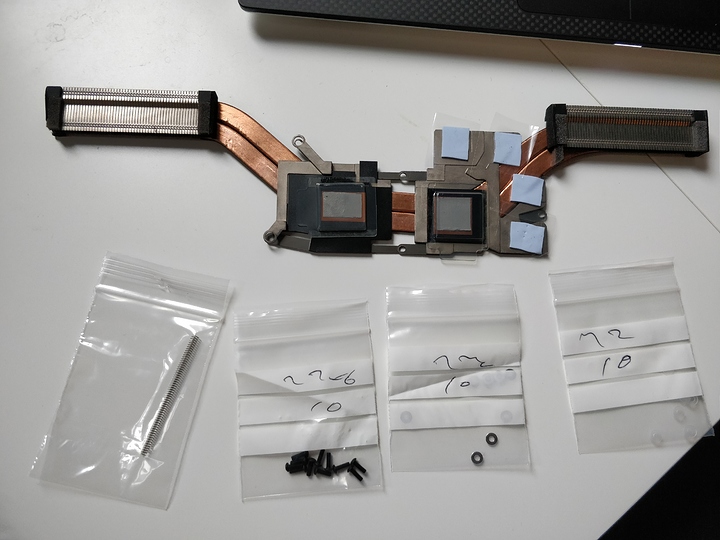 Fits the drawing pretty nicely. Just worked it out, and it’s going to be roughly two and a half times the mass of the original (~65g vs ~150g)… Hope the bolts are strong enough. 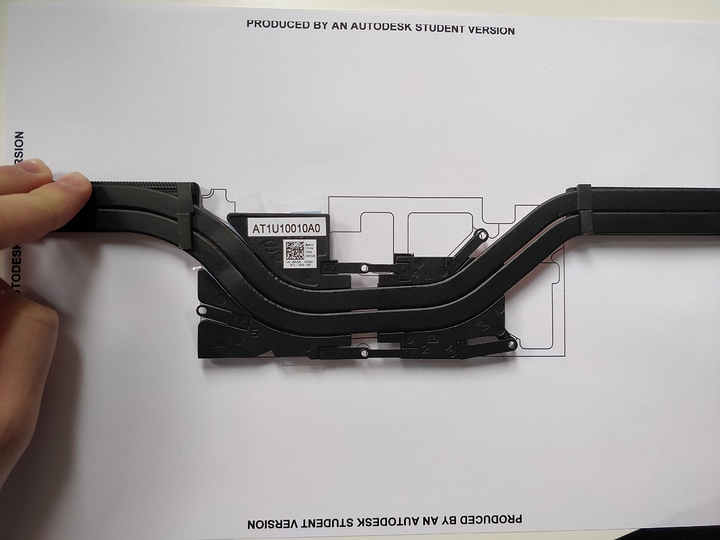 Student version! Oh noes the university own the design now…

Lol the madness over all that nonesne was fun

Looks great so far I can’t wait to see how much it helps.

I did not want to say it… Nah it should at worst be the same as it was before. 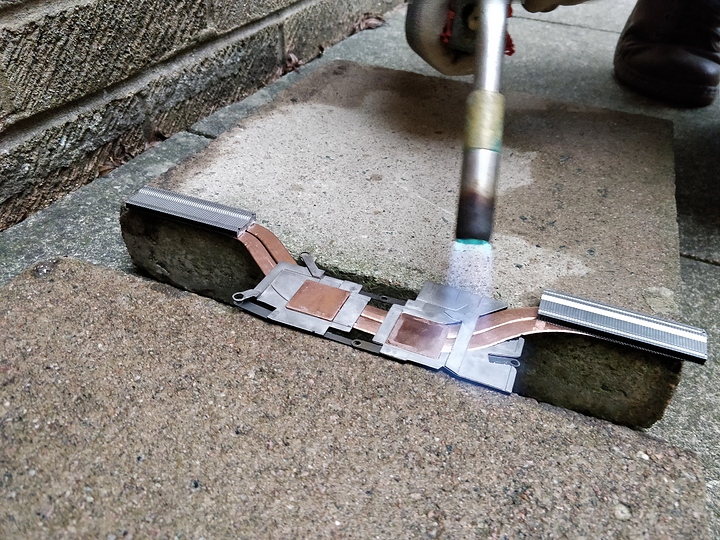 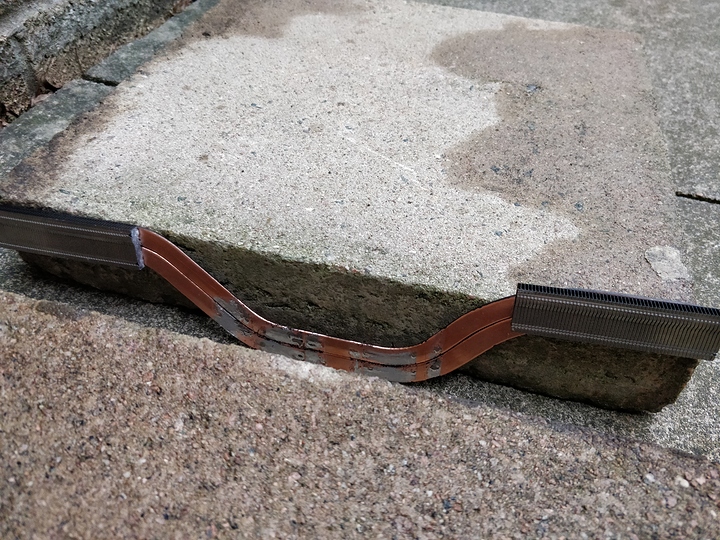 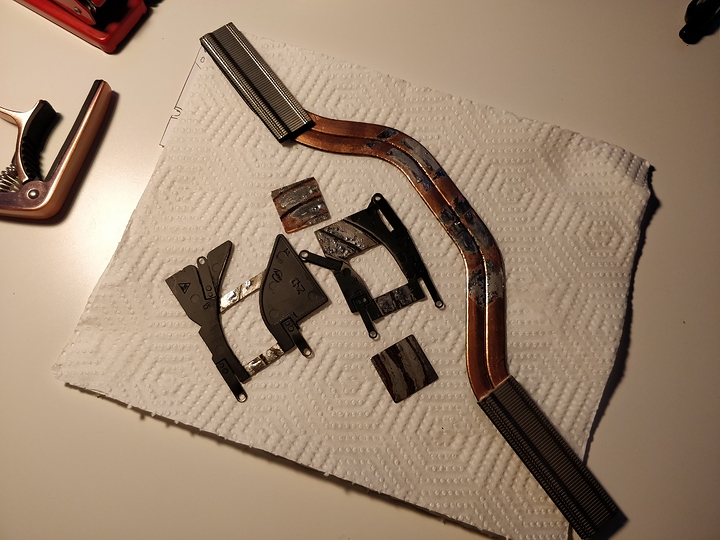 Got a few quotes for the milling of the plate, and they’re all £100-£180, so I’m going to contact someone at my uni to see if I can get it done there for less, as I’m not made of money.

as I’m not made of money.

Yeah, I can relate to that problem.

Great work and yeah aluminium is expensive so quotes for the block are probably gonna be pretty high with programming and machining time too.

Doing it out of a copper sheet, which I’ve already ordered.

That was just for machining…

I could probably send it to my mate in Shenzhen, get it CNC’d, and send it back for less than I was quoted.

Oh wow. Crazy. Fair enough and yeah I am sure you could lol, China is crazy for that. Free post and rapid prototyping.