First of all, I've had no luck finding any information about this machine anywhere on the internet. It is configured with an Intel 486SX at 33mhz, 4mb of ram, a 253mb hard disk, and features IBM's Rapid Resume. I suspect the problems started when the power supply failed (probably taking the motherboard with it tbh). I've tried to boot the system with a known good power supply, changed the clock battery, cleaned the board thoroughly with compressed air, and I've had no luck getting the machine to do anything. No beep codes, no output to the display, nothing. I think my last resort may be to run the board through the dishwasher, even though its processor is soldered. Opinions?

no idea; but here's an animated version of your avatar to compensate:

Thanks, that's rather neat.

it's actually from a morph animation I did for a music video project I was involved with a while back. We needed a swimming texture overlay on a motion tracking composite, and the deadline was so close that I just shit out whatever I had in my wallpaper folder

I've had no luck finding any information about this machine anywhere on the internet.

This is a discussion forum about vintage computer collecting, use, restoration and display powered by vBulletin. To find out about vBulletin, go to http://www.vbulletin.com/ .


Just search ibm 2155 and a ton of stuff will show up. Once you type in ps/1 all the playstation crap floods in. When Sony introduced the Playstation 2 it killed off the IBM PS/2 collectors newsgroup. Newsgroups were like forums but better.
Also there are allot of IBM and ibm ps/2 forums out there
I have a ibm PS/Valuepoint 486/25 sx simular but older I think. It may be close enough for a standard 486 board to fit in it.
http://www.old-computers.com/museum/doc.asp?c=1274
And some download stuff: 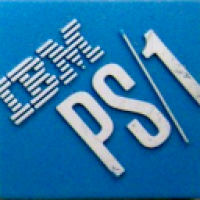 The files in this section are for the IBM PS/1 models 2133 and 2155 computers, not the Sony PlayStation 1! If you’ve got files, disk images, and ROMs, feel free to contact me, I will gladly p…


Hope this gets you started, I have been out of the collecting old computers hobby for over a decade so I am a lil rusty. Does it try to boot from the diskette drive at all?
Camster367 March 2, 2017, 2:13pm #6

The board appears to be dead to the world as far as I can tell. No disk access at all, no error beeps, etc. The hard and floppy drives are known to work as well. Thanks.

I think I've decided to run the board through the dishwasher tonight as a last resort (socketed chips removed, battery removed, no soap, and no dry cycle).

have you checked for bulging/leaky caps? nine times outta ten the first failure mode in vintage PCs is the caps

All the caps look to be in perfect condition, in fact that's what I originally expected to be wrong with the thing... Although, that being said, I haven't tested them to see if they meet their rated values.

I'll bet it's either that or a bad EPROM somewhere

also: have you jabbed your multimeter into the power supply/board to see that it's delivering proper voltages?

I know it's original power supply was (as far as I could tell) dead. I was using a known good power supply from my old windows 95 machine. I've considered the fact that this board could be using a non-standard AT pinout... But I have no way to check for that considering I can't find board diagrams for machine type 24c...

Update: I have been poking around at the power supply I was using to test the board, and I've found that the voltages on it have drifted slightly since I last tested it. This is most noticeable on the power-good line which is hovering around 3.84 volts instead of the 5 it should be. I think I will try and source another AT power supply and see if that helps before I put the board in the dishwasher.

Update: I've hacked myself together an AT power supply from an old PSU I had hanging around. I've confirmed the board does in fact work. Thanks for all your help.

I've hacked myself together an AT power supply

It's a mess and possibly a fire hazard as well :D