Hello all! I’ve been wanting to try some new, possibly obscure (or more popular) linux distros to try. I’ve been wanting to compile my own list of distros for other people to try, from never touched linux before to expert. Any distros you have or have not tried, I’d be appreciative if you could tell me what distros you like or dislike, or ones you haven’t tried. Thanks!

Most distros that I like aren’t obscure. They work well, which is why people use them.

The obscure ones often don’t “work well” because they have goals that are different than “be an acceptable distro for the majority of users”.

If you want some thing that works well, Fedora, Ubuntu, and Debian.

If you want something interesting and novel:

They have an interesting filesystem heirarchy modeled after the Mac OS way of installing things.

Red Star OS (Korean: 붉은별; MR: Pulgŭnbyŏl) is a North Korean Linux distribution, with development first starting in 1998 at the Korea Computer Center (KCC). Prior to its release, computers in North Korea typically used Red Hat Linux and Windows XP. Version 3.0 was released in the summer of 2013, but as of 2014[update], version 1.0 continues to be more widely used.[verification needed] It is offered only in a Korean language edition, localized with North Korean terminology and spelling. Red Star ... 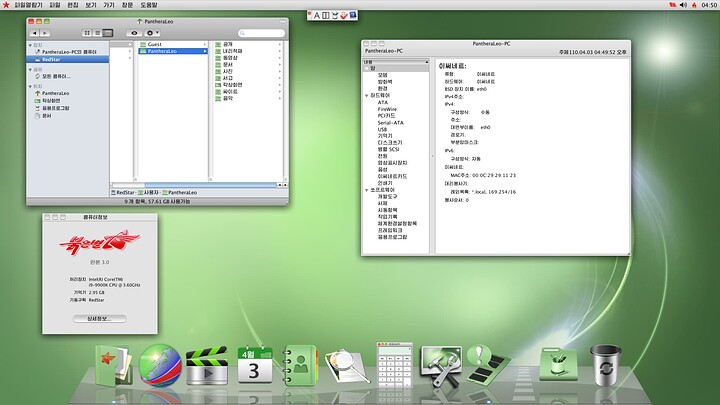 For those times when you absolutely must run Debian’s coreutils, compile your kernel with Gentoo’s genkernel, and use the AUR to install an app that isn’t packaged anywhere else…

You may want to take a look at Intel’s Clear Linux (clearlinux.org). They do things a bit differently from most mainstream distros and it’s got tons of optimizations for their CPUs.

Thanks! I’ll look at some of these, probably in a vm.

This is a pretty new project that’s really interesting. It’s not just a re-skinned Debian distro and tries to bring to the table some features. Worth a try, if you’re patient enough with it (still not close to be a stable release in my opinion).

I havent had the time to try other distros but try this new thing:

I’ll look through the distros listed, but I think I went at this in completely the wrong way. I’ll create a different post that I have a better idea for, as the title and such is no longer relevant. I also think that a better question would be what distro each of us started out on. (I think I was also half awake at the time :P)

As a long-time Debian user with an interest in the Pinephone, this is a really compelling distro.

MauiKit apps are some of the best under Plasma Mobile. As they build out more apps, the mobile Linux ecosystem matures.

My at this point useless vote goes to Nixos

I read DistroWatch (https://distrowatch.com/) regularly which has to be one of the best sources of information on this topic. I like to spin up new OSes as virtual machines and try them out.

Currently I like Arch derivatives. I was really surprised by Manjaro (not obscure, fine, whatever) and Garuda: 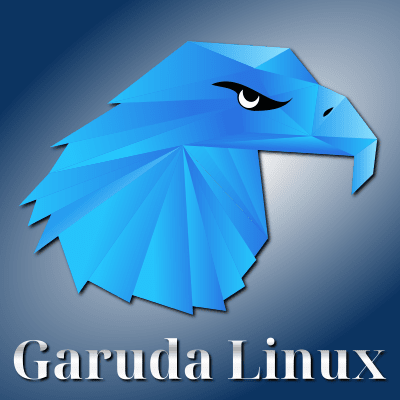 I am also intrigued by EndeavourOS and MX Linux, which have been very popular on DistroWatch for a while.

Ultimately it’s hard to recommend these as permanent destinations though.

some cool non linux distros may be of interest also:
ReactOS 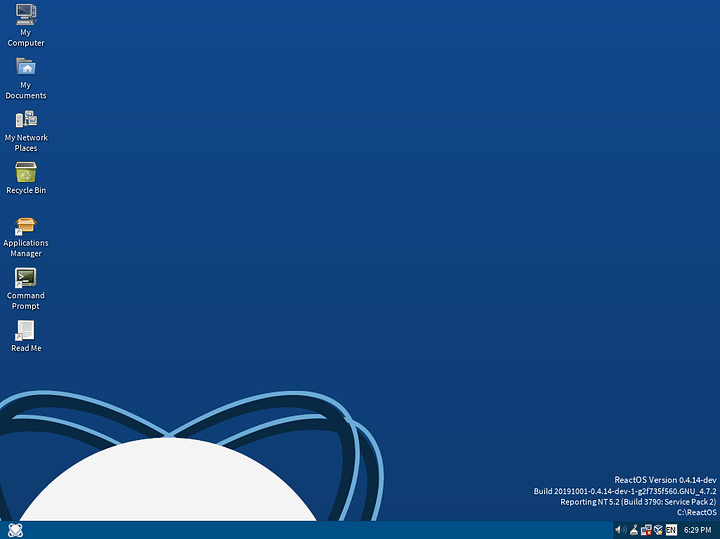 ReactOS is a free, opensource reimplementation of windows

BTRON (Business TRON) is one of the subprojects of the TRON Project proposed by Ken Sakamura, which is responsible for the business phase. It refers to the operating systems (OS), keyboards, peripheral interface specifications, and other items related to personal computers (PCs) that were developed there. Originally, it refers to specifications rather than specific products, but in reality, the term "BTRON" is often used to refer to implementations. Currently, Personal Media Corporation's B-ri...

Dyson (not the vacuum)

MX Linux, which have been very popular on DistroWatch for a while.

other cool option to get your head around:

I think separating what you like about a Desktop Environment (DE) from a particular distributor like Arch or Debian can be helpful. If you are dead set on a specific DE, you can more easily see what is different that has nothing to do with the DE, as well as different defaults other DE’s are using. Conversely if you have no intention of leaving a particular way of doing things, but want to explore desktop options, you can try several DE’s in the same ecosystem.

Starting out can be hard because it’s difficult to figure out what is or isn’t part of the DE vs the distro, and certain default desktop setups can be wildly different while using the same DE to the point that a casual observer would think it’s a different DE. Randomly hopping from Manjaro KDE to Fedora Gnome to Debian XFCE is going to likely leave a person with more questions than answers. That may ultimately be a good thing, but not when you are ready to relax and just use your computer without dealing with a bunch of variables. Most people will dual boot and just end up back on Windows full time.

All of that can be applied to obscure distros. Picking ones spun off of the same base, or picking ones from different bases with the same DE can help you get a foothold and avoid getting lost as easily. I personally like LXDE/LXQt and more recently playing with KDE (which LXQt heavily relies on). I liked the easy, if somewhat scattered, ability to tweak the desktop when I played around on the original Pi. Eventually I found LXLE and used that for a few years. They haven’t had a release in a while, but are working on a new one. They are heavily focusing on extending the life of old hardware and using older kernels for maturity, at the cost of being less desirable for newer hardware.

I should try building another Ubuntu LXQt from scratch like I did for the 16.04 release. It was like building Arch LXQt without doing things “The Arch Way”. I’m really not a fan of the update auto-nagger they added to Ubuntu, and if you are careful you can omit it from a new DIY build. It’s substantially easier to build than being dumped in Arch with outdated installation info and spending hundreds of hours learning non-transferable skills. I’ve built over a dozen Arch VM’s that worked great, yet I still have never been able to make vanilla Arch boot on bare metal. Luckily there are great non-vanilla Arch distos to lower the bar to entry for bare metal installs.

Fortunately Lubuntu isn’t the disaster it once was and is now a great example of LXQt. Been running 22.04 daily builds since the beginning with no issues. I’d consider it the bar which other LXQt based distros would have to surpass to truly impress me. Not that my specific choices are relevant to anyone else here, but you can adopt similar strategies to hone in on your new favorite distro.

There was a time when I would have agreed with OpenSUSE. Not that it’s obscure, but that it’s worth trying. In fact, it was the distro I recommend first for desktop use, due to the breadth of control you get in one place with YaST2.

It’s still fine as a server OS, but it’s gotten more and more frustrating trying to use it as a desktop OS due to problems with missing libraries or package dependencies when trying to install RPM based packages that don’t originate from the distro’s repos. Yes I know there are other packaging formats (snap, flatpak, appimage, etc.) that get around this, but I personally try to use a distro’s native package format as much as possible. Also, note that I’m specifically referring to my experience with OpenSUSE Leap here, not Tumbleweed, their rolling release.

YaST2, OpenSUSE’s system management tool is fantastic and it’s why I stuck with the distro for as long as i did. But ultimately I moved on to Kubuntu and haven’t had package dependency issues since. And shedding the crutch that YaST can become makes for more learning opportunities in general use, I think.

I’m not saying any of this to suggest that it can’t be overcome with some amount of effort, or that OpenSUSE doesn’t have its uses and strong points, because it’s still a great enterprise Linux. But I just wouldn’t recommend to anyone for desktop use any more.

Poky, because why not? I’m pretty sure it has some desktop-ish images you can build.

What is Poky? You probably remember Yocto Project, which Wendell sometimes uses? Yocto is not a distro, but a framework to create distros. Poky is their reference distro.

P.S.
You will need to build this one from source, need at least 100 gigs of storage (if not 200). Depending on your connection, a clean build on an R5 3600 with an NVMe and ample run should be under a day.

Plan 9 of Plan 9 BellLabs (later from Lucent acquired) is the original, the UK one you mention via vitanuova were the copyright trolls they never cared about Unix/Linux, normies, etc. Plan 9 was locked away from everyone since…well? before Linux was Linux.

If you want to see the real Plan9 I’ll stay away from Inferno.

and for heavens sake stop reinventing the wheel. (no one on this planet cares about some inscrutable lisp variant and imaginary os. stop it. help grandma first.)

Consider package repository support as an extension of that.
Are the packages I need present?
Are they kept updated?
How much review do packages receive before being added to the repository? This is where one might look suspiciously at the AUR.