The whole Idea of this thread is to post the highest score by using the least demanding test.

I have been overclocking and deleting old scores when I found I used to play with the 3DMark Ice Storm benchmark to generate ridiculously high score numbers.

Post your ridiculously high 3DMark Ice Storm official benchmark scores below.
edit:
Be sure to run Ice Storm Unlimited for a higher score and not the Vanilla Ice Storm bench by mistake.
I did not specify earlier. My bad. 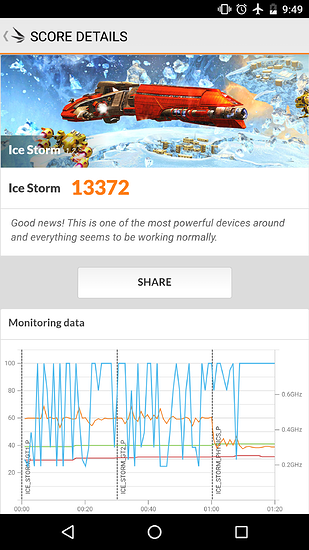 I got a much lower score with a GTX 980 and a 4690k, something is definitely wrong with these numbers.

I never said using the mobile test like normal people do was against the rules.
Touché Dude!
Lets see what your main rig scores.

Also coil whine is a bitch doing this test.

My PC was running slowly because I neglected it. I just got finished doing a fine tuning every setting in the control panel, cleaning junk files, defragging, overclocking CPU to 4.6 GHz then the GPU right to the edge tune-up. 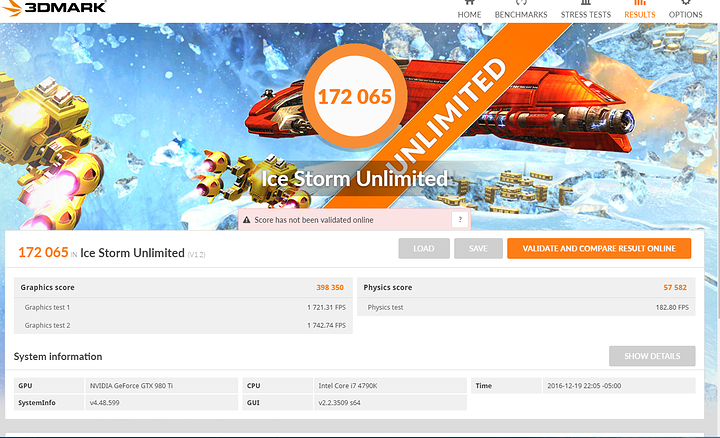 maybe bringing my cpu back to 4.9 Ghz would help

@kewldude007 you ran the Ice Storm Unlimited bench. I did not specify. My bad.

edit: but you did the right move anyway. sorry. 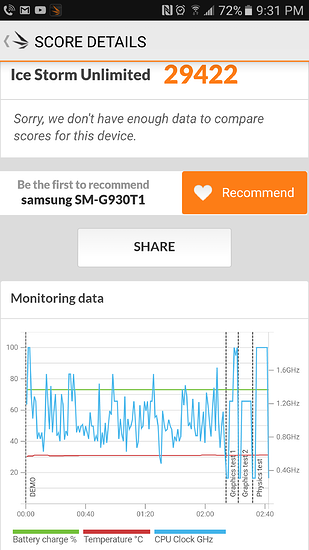 CONGRATULATIONS! You are the 1st to beat me and you even had one hand behind your back.

The whole Idea of this thread is to post the highest score by using the least demanding test.

the only difference is unlimited is rendered off your main screen,
unlimited will have the highest scores
Devices that are too fast for Ice Storm will be prompted to run Ice Storm Extreme instead.

You are correct.
I was clicking on regular Ice Storm but reading Unlimited specs - D'oh!

I did better using Unlimited. I will edit my above comments.

danm, i love hearing that sentence

i think you mean

Something wrong I think
This Is low for what i have.
IceStorm