I want to upgrade or better replace my current Plex server Setup. Currently, I’m running and Haswell i5 with a bunch of disks on Ubuntu. Hardly ideal but you know legacy systems that just grew into what they are now …

So what do I want to achieve, firstly it should be an Unraid build, write performance is not critically important, but I want to be able to easily expand my array, have some redundancy, and be able to run containerized software with the least amount of hassle possible, time is valuable to me.

Next up, electricity is kind of expensive where I live, so the machine should be efficient it’s mostly sitting idle during the day anyway.

The main Application will be a Plex server (no torrent client or similar stuff on the server). Other than that, it will run stuff like a pi hole, maybe a home-assistant container, typical low power home server duties.

So what I’m thinking of build wise is the following:

all of it in an old Fractal R3 case with Noctua all around for maximal quiet operation.

I’m running 6x TOSHIBA MG08ACA, the 16T variant with 512MB cache, for a couple of months now (2300 hours running). No problems yet (3 different batches according to serial numbers). Performance is really great. I’m getting 245MB/s sequential writes on the first TBs.

Access sounds are rather noisy, so depending on how many drives you want and where that server is located, that may be a problem. I certainly wouldn’t want them in my living room.

Being 7200rpm drives, the temps are obviously higher. If I turn off my case fans, the sandwiched drives (all stacked next to each other) end up reporting high 40s°C under heavy load. Idle/low load with some airflow is more like low to mid 30s. I wouldn’t worry about temps in a single drive configuration.

Overall, I’m very pleased with them so far. Can’t really beat that $/TB value. And these are good drives too, certainly don’t feel cheap.

Access sounds are rather noisy, so depending on how many drives you want and where that server is located, that may be a problem. I certainly wouldn’t want them in my living room.

THX for the insight! My plan is running them in a Fractal R3. The case has some Noise Insulation and the HDDs are decoupled. So far, if only ever ran like old WD greens in it, but they are basically inaudible at 5400 rpm. Location would be in the Home Office, so noise is an issue. Do you run them with any kind of noise proofing?

Do you run them with any kind of noise proofing?

Nope. Just plain old metal screws connecting the metal HDD hotswap bays with the drive sleds. So I can’t say how this will translate to your case + rubber mounting. But considering the server shares the same room as my washing machine (get your cloths dry faster with AMD!), I never felt the need nor do I have the option (hotswap sleds).

Regarding your build…I quite like it. Minimalistic and efficient. I’d personally go for sth like a Ryzen 5600G with ECO mode. Less power usage, more cores, way cheaper boards.

You definitely want an SSD/M2 allocate to the array as a cache drive, for the mover to transfer (on a schedule) new files to the actual array periodically. Balance that against the spin down time on your hard drives in the array.

Unless you are writing huge amounts to the cache drive, you can probably get away with running the mover once a day to transfer new files to the array and spin down the drives after a short period of inactivity if power saving is important.

Your largest hard drive has to be the array parity drive. If there’s any chance you might want more storage in the future, I would bite the bullet now and get the biggest drive you can afford/willing to spend and make that your parity drive now.

Also buy a decent, leave in USB flash drive as your Unraid OS drive. Just in case you aren’t aware, Unraid loads its OS into RAM but the USB flash drive GUID is tied to your licence. You can replace your GUID if need be with LimeTech, but it’s definitely worth buying a decent one now. Integral do a USB 3 flash drive that is a ‘leave in’ one: 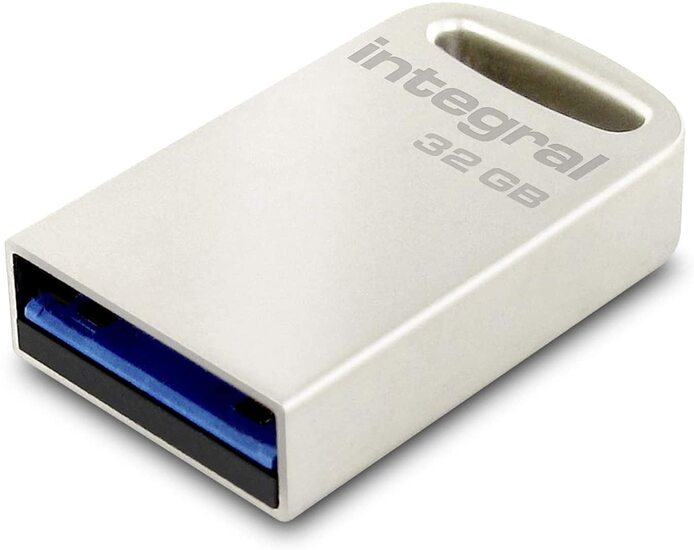 I also recommend the Pre-clear Plugin to give the drives a bit of a workout and test for early mortality before using them in the array:

Hi guys, this is a simple plugin that allows users to clear their disks before add them to the array. The main characteristics of this plugin are: Modularity: can be used standalone or in conjunction with Joe L. or bjp999 scripts; Ease of use: with a...

[…] but the USB flash drive GUID is tied to your licence. You can replace your GUID if need be with LimeTech, but it’s definitely worth buying a decent one now. Integral do a USB 3 flash drive that is a ‘leave in’ one:

That is very good to know! Thx!

Sadly, GPU transcoding isn’t supported by Plex for AMD GPUs, only Intel Quicksync and Nvidia NVENC is. But Maybe I’ll go with an 11th gen Intel makes it a tad cheaper and the Quicksync engine seems to be the same.