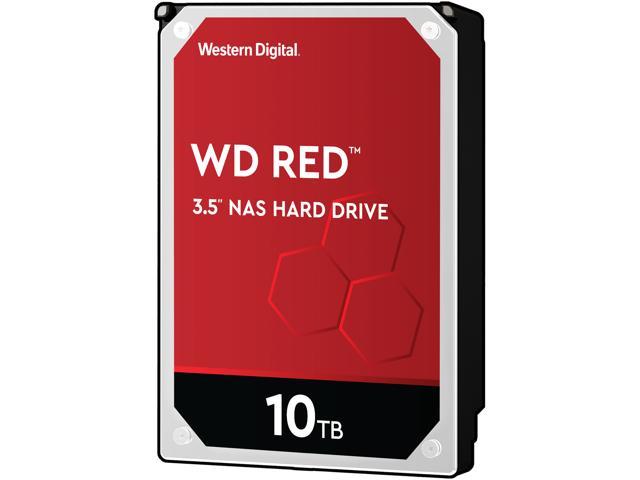 Which should I get? The only difference is the disk rpm, one is 5400 and the other is 7200. Which would probably be better for plex? I plan on replacing one of my 4tb hdd with this due to the 4tb being filled up, it wont be in raid to begin with or for that matter quite a while until I buy a second one of these.

My concern is that a 10tb drive might be handicapped at 5400rpm for video streaming. My 4tb reds do well for streaming two streams simultaneously. So I don’t know if it is a handicap or not for larger capacity drives?

I’ve got a few 10TB 5400 rpm white labels that are pretty close to the Reds that do about 180-190MB/s sequential r/w which if I’m not mistaken is faster than the 4TB drives.

My goal is to replace all four of my WD 4tb reds with 10tb in raid, but for now I am gonna stick with the one drive.

The Question is, what are you playing through it.
Assuming only Video Streaming, we can probably assume maximum throughput. From this Review: https://www.storagereview.com/wd_red_10tb_review The 5400RPM Drive could reach up to 1.7 Gigabit/s. That’s not enough for 4K, 23.98 at 8Bit 4:4:4 (https://www.extron.com/product/videotools.aspx) which clocks in at 8 Gigabit/s.

So, look at your files and what Datarate they have.

With all that said, i don’t think the 7200RPM Drive will be THAT much faster in sequential Performance as to justifiy a 30% Price increase…

Edit: Here’s a review of the Pro model with some Benchmarks:https://www.servethehome.com/western-digital-red-pro-10tb-nas-hdd-review/
Seems to close to spen 100 extra bucks for my taste.

Well I transcode to compress. I don’t stream 4k videos. Just 1080p. And even that takes a 8gb or larger file size of an episode down to as little of a size as 800mb.

What are you using to transcode?

You’ll probably be fine with either. Both can comfortably hit 100MB/s, which is close to saturating a 1GB/s Ethernet connection. So, unless you plan on streaming uncompressed, High Bitrate UHD Content, both should suffice.
I’m personally running a single Seagate Ironwolf and haven’t run into any Bottlenecks with streaming Video from my NAS.

What are you using to transcode?

handbrake, h265 with qualit 23 and optimization at med.

Look into shucking USB drives to save money.

I would shuck but it completely voids the warranty to do so.

At least in the US, WD accepts shucked drives as under warranty.

Yep that’s correct. And even if they didn’t, the extreme price difference would make it a good tradeoff.

Some are, some aren’t. You might get a blue. But it doesn’t matter when they’re so much cheaper. Buy two and keep one on the shelf for replacements.

I do indeed have a 10tb Easy Store that I can shuck. Or just use it as a backup for my WD Red.

Well there you go then, perfect.