Playing Wii Games On The Wii U- What Is Needed & How To Do So?

Topic pretty much states it. I have heard it is possible, but I’m a little confused on how to do so. (Even after trying multiple searches with varying results.

In case anyone is wondering, for my console project I had originally planned on using a Nintendo Wii for Wii games. But since Wii games can be played on the Wii U, it just sounds simpler while saving you some money anyway. Now I know for a fact that Wii U games CAN’T be played on the Wii at least. With that being said, I would highly appreciate it if someone here can help me out so I’ll better understand!

BTW, if anyone needs any further details or needs to ask me something, just ask away & I’ll be sure to answer. Thanks to anyone who can help!

You will need a wiimote+nunchuck, but you should have them anyway for Wii U games that make use them.

The Wii U has a basically an app that load the Wii operating system. So you stick the Wii game disk into the Wii U, and open the Wii mode, then start and play the game exactly like if you where on a Wii.

edit, you can also start the wii game directly from the wii U disk loading app, although it loads the Wii mode first.
It can output the wii video to both the gamepad and to the TV.

One disadvantage is that the Wii U does not have any GameCube controller ports, and also cannot play GameGube games, unlike a Wii.

The later I’m quite aware of. What about the sensor bar, would I need it in this case? Also, are the nunchucks the same thing as a Wii remote, just for clarification?

Yes, you would need the sensor bar. I think it is the exact same sensor bar as the Wii uses.

Also, are the nunchucks the same thing as a Wii remote

The wii remote is the main handed part, the nunchuck is the part for the secondary hand. 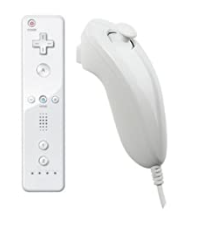 Also, other Wii accessories should work just fine on a Wii U, like the Wii balance board.

I see. Can you tell me if the sensor bar, or at least the nunchucks are included with the Wii U? If not, what is included? (You’ll have to excuse my not-so-great knowledge about this particular console/platform. I didn’t really have the chance to own any when I was growing up.)

The one I have played on was purchased used, and it did include a wiimote, nunchuck and sensor bar.

Take a look at this- 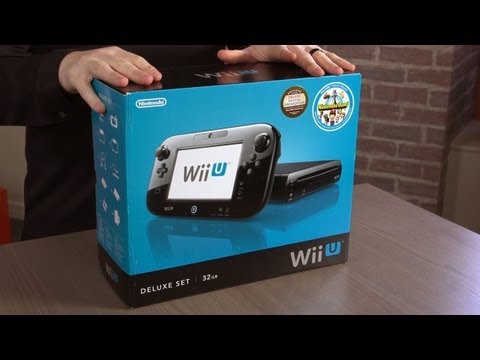 Interesting. But what I’m wondering is will a normal Wii U come with these accessories or not? (Not a Deluxe Set.) Do you know?

I think the white model did not come with nintendo land, and was also missing the stands. 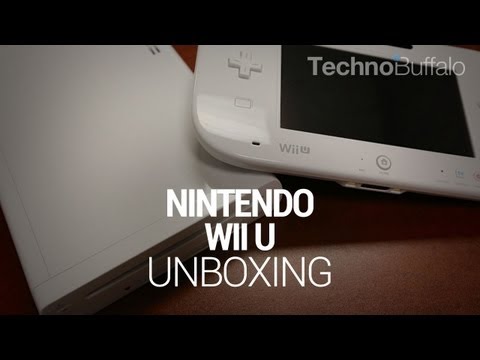 For the wii u in general, it is a good idea to get the black 32gb model, and also the gamepad battery sucks, so if you can find the OEM Nintendo extended version for a reasonable price it is a good upgrade.

Understood. But I meant was “Does a regular Nintendo Wii U come with the wiimote, nunchuck, & the sensor bar since the Deluxe Set does?” BTW, I forgive you for possibly misunderstanding my question.

If you watched that video, the regular(white) Wii U came with a sensor bar, but not a wiimote or nunchuck.

If you have to buy them separately, I would suggest buying a wiimote that has the motion plus sensors integrated, sometimes called a wiimote plus.

I got you. Can the wiimote plus can be bought from Amazon, Ebay, etc? If anyone can tell me whether or not the wiimote is available to buy online, that would be a HUGE help!

Yes you could buy the wiimote separately so they should be on Amazon or other sites.