Cat6 don’t bother with sfp+ just do cat6 wires and jacks. You can do affordable 2/5gb switches for now then switch to 10gb later. The 12-24 port 10gb switches are under 1k now though which I think is reasonable

sweet. I guess in time it will all come down. I generally wait until OpenWRT is available for a router. While its not really scientific. Ive found its a good measure of development of the wireless generational chipsets. Right now for me AC is king and despite actually understanding the physical engineer layer improvements of AX … it wasnt worth my investment yet. Too much development. I mean wifi 6E (aka 802.11 ax wave 2)… is right here… and tbch theres going to be a lot of development as us military folk move off of the sub I nato bands

… and it opens spectrum to commercial…

So yeah Im starting to think about the upgrade down the road. This one you see took about a year or so of planning and its still a mess lol. I have yet to plop my 24 1GBE switch in that I got from sarge. Ive got this giant amount of packaging and parts I gotta sort because of a joint project (between sarge and I) coming to the forum soon.

I was aware of 2.5 GBE but not 5GBE… thats a thing? My main motivation is when I move to AX the wires will become a limitation and nobody likes that. Especially as 10 gigabit fiber in my area is coming for a price thats ridiculously low… (state has some open infrastructure project going) 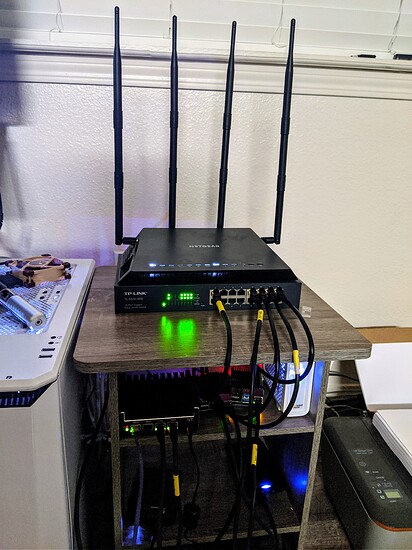 @Buffy @SgtAwesomesauce I attempted to ddos my pi. Lol

It was unsuccessful. The pi4 OCd with my yuge heatsink running pihole with as many servers as I have in the resolver and as big of cache as I have was too robust 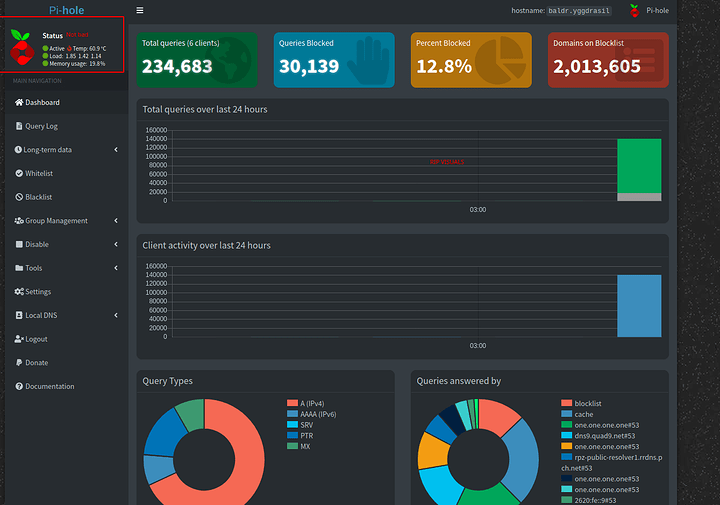 Results across multiple clients all doing this at once (10,000 queries a second each)

Like maybe I could spinup my own DoH server for when im out and about… No ads everywhere.

Anyone know the dangers in doing what I’m saying above?

@SgtAwesomesauce Its all hear. Commence AI 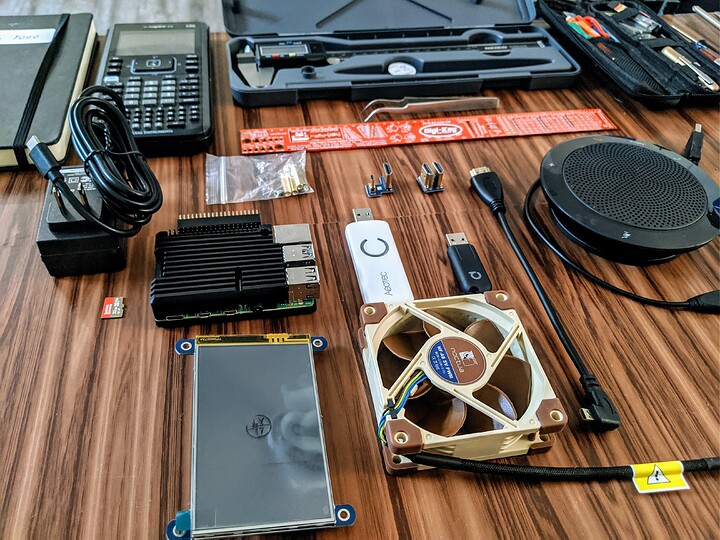 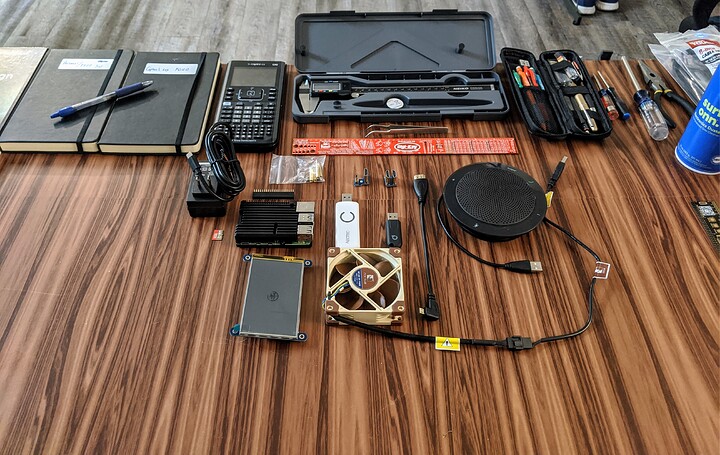 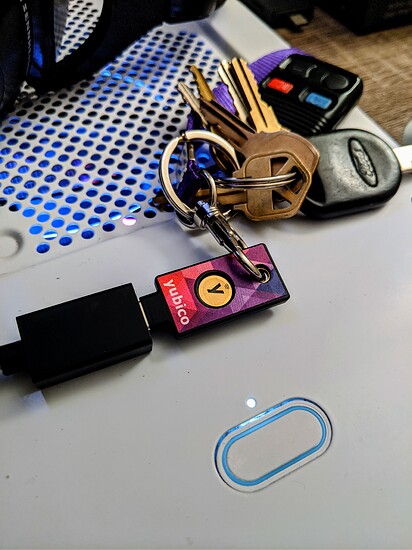 @SgtAwesomesauce this filesystem is awesome

What do you use to tell drives apart? Do you have them in drive trays with LED indicators, or label the SATA cables, or … ? So like if your ZFS finds errors on one you know which one to replace?

Lol the sata port tag. Drive 1 is at the bottom. Drive 6 is at the top

Ive done Yet Another Thing

Slowly I will have all my information coming out as small wiki posts. LOL

So blocking ads via the manifests alternative lookups is not too bad, Can confirm it works though

According to reddit this is your process. It definitely works

Just place that in the /srv/pihole folder

Voila. Update gravity can pull it from itself

Cron tasked it to do this every night

I think something was lost in the translation /S

honestly some of those issues are dumb. I hate how things break in stupid ways.

You got a lotta hate buddy

You got a lotta hate buddy

Hey what can I say… I got alotta hate so im dishing it out, gotta give back some how /s

I filled the gaps in my journal I wont need much to keep it going and adapt from here but jesus christ does webshit break a lot. We are just desensitized to it

just wait until I implement this when nginx updates

since my nginx is always bleeding edge

I actually cant believe we are going to see the downfall of TCP (soon ™ ). Everything is going to binary encapsulation.